« We can never go back to Manderley »

Sarah Fauguet and David Cousinard ’s sculptures borrow from furniture, architecture and building. Their work also positions itself at the level of the exhibition space, their sculptures eventually modify its composition and perception. The assemblage and the ordering of several of their artworks often create strange environments.

For their exhibition at 40mcube, Sarah Fauguet and David Cousinard present three pieces, physically and aesthetically very strong, three distinct objects that have required particular research and building techniques. A wooden structure whose shape reminds us of the cabin of a ship or a plane was built according to wooden framework assemblage techniques. A second structure takes the shape without the function of a flight of stairs leading to a door leaning against a wall, while a drawing hung on the wall shows a stuffed crow.

With those abstract sculptures that remind us of incongruous objects, of an ancient epoch or linked to specific functions, and this figurative drawing, the exhibition becomes an environment, between improbable architecture and cinema décor model. Those pieces work like the embryonic elements of another space and time, part of a story of which we would only have few bits.

This link with the story is reinforced by the choice of the title of the exhibition. “We can never go back to Manderley” are the first words of the introduction to the film Rebecca (1940) by Alfred Hitchcock, itself adapted from Daphné du Maurier’s novel (1938). By accentuating the passage between story and image, Sarah Fauguet and David Cousinard realise a new adaptation of this double literary and cinematographic reference. The exhibition thus appears to materialise the mysterious vertigo that come from the memory and the absence… 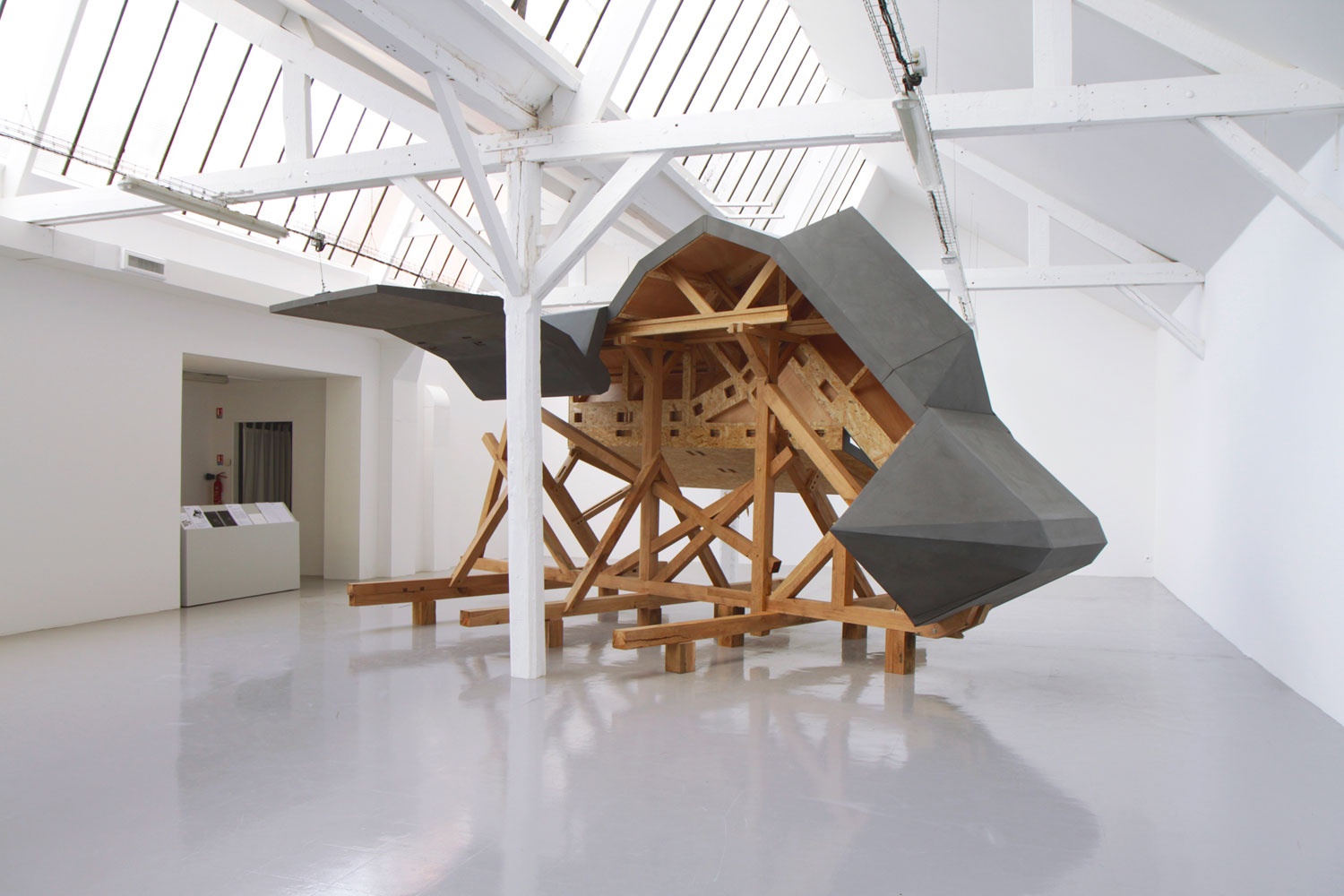 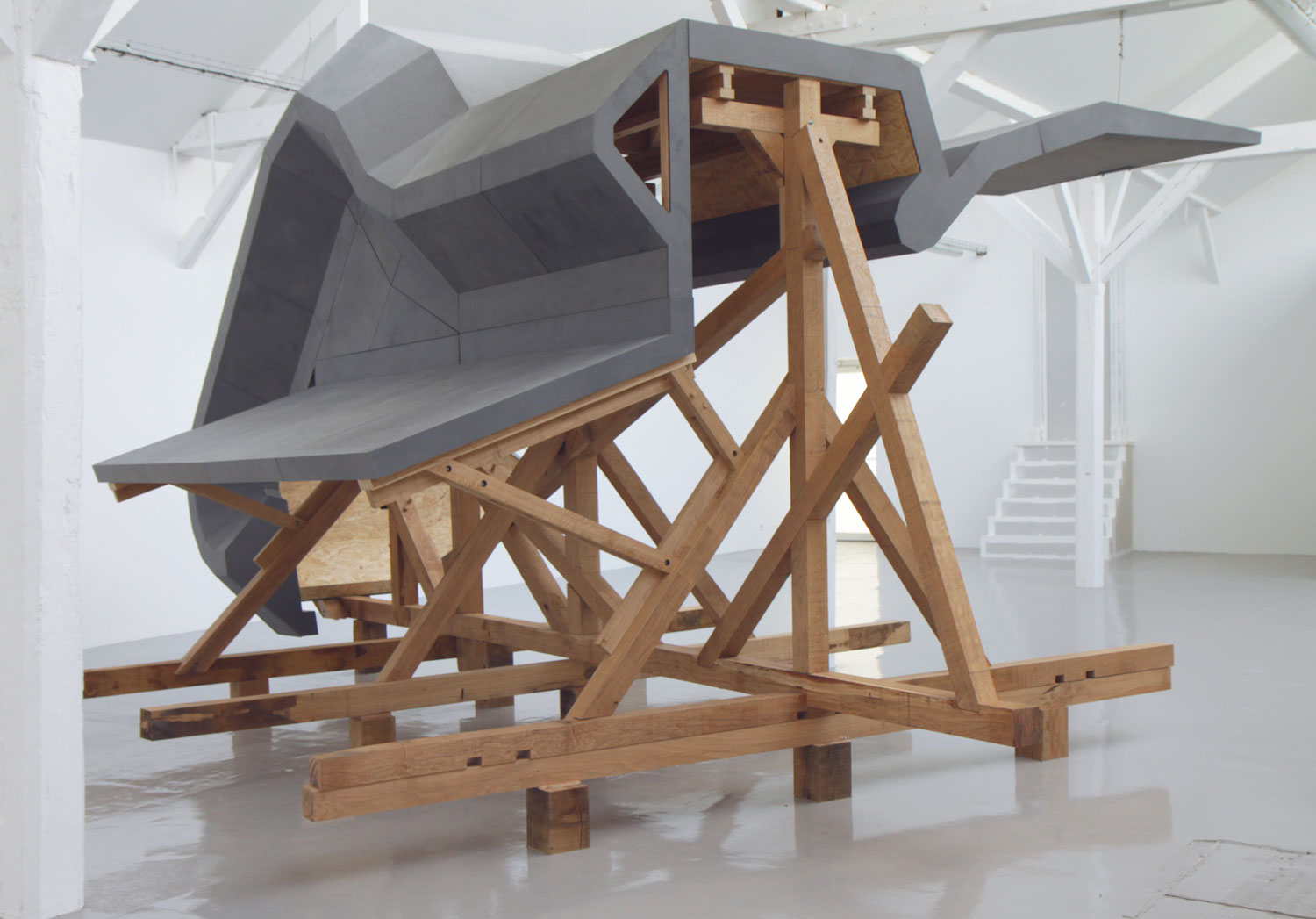 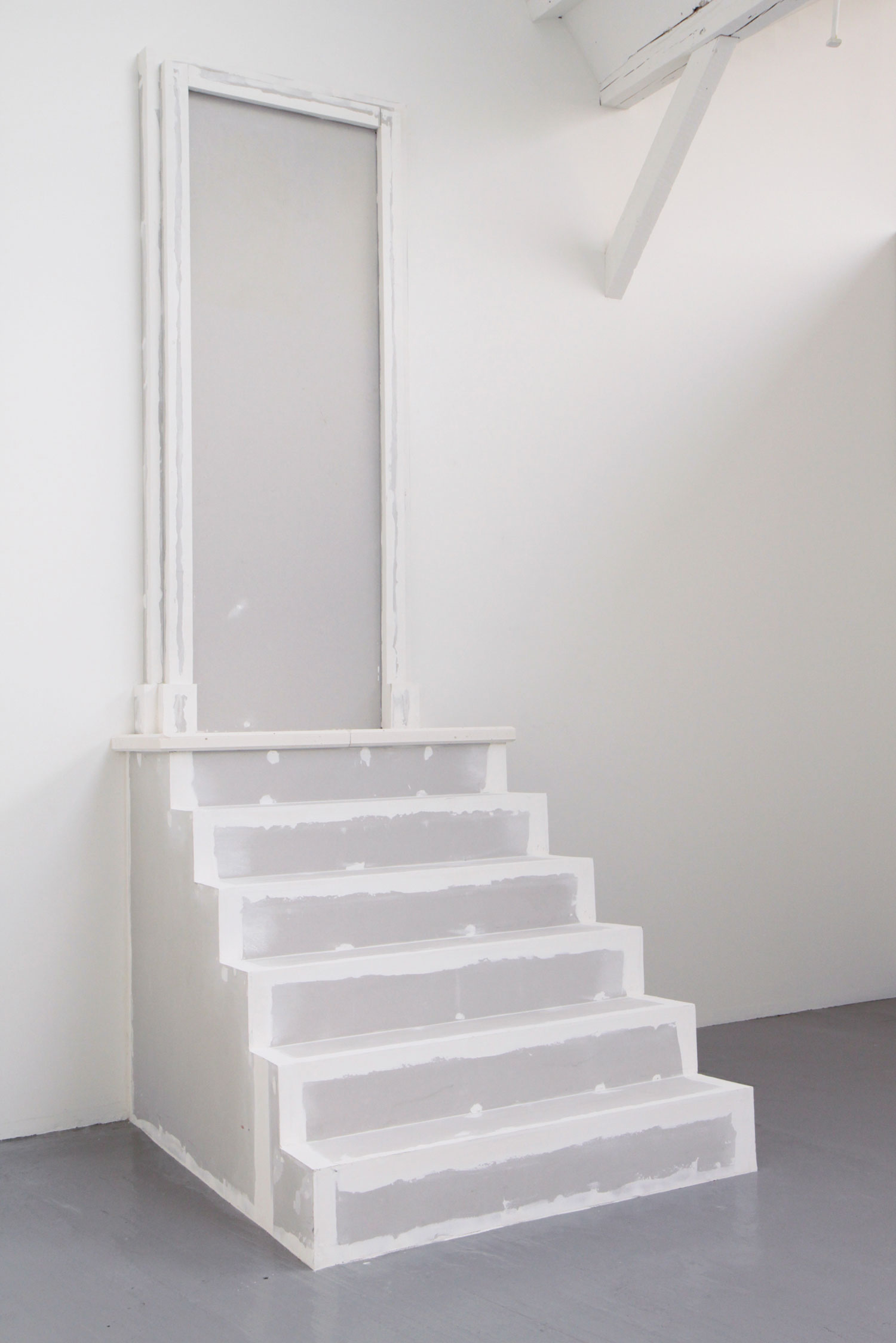 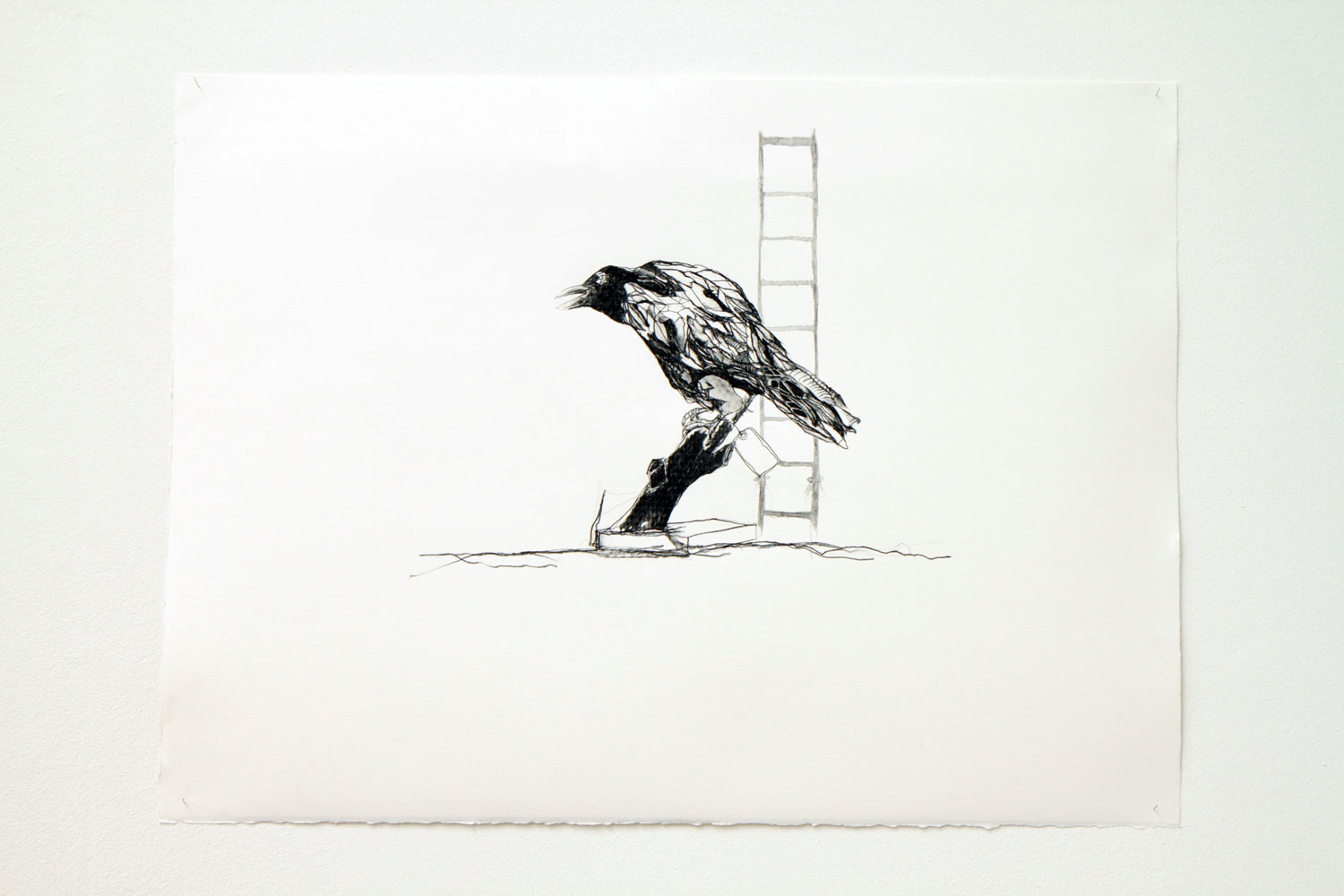