Artists Flora Moscovici and Yoan Sorin are known for their respective work. Since 2015, they also work together as a duo, under the name of Mobilier Peint, creating installations that combine painting and sculpture. They also realize performances, in connection with everyday places and objects, in a familiar relationship with art that gives rise to intuitive practice that is like a conversation taking on a plastic and pictorial form. Their exhibition at 40mcube is designed as a specific space for their new works created for the occasion.

At the crossroads of their two artistic practices, Flora Moscovici and Yoan Sorin seize furniture and objects that they paint, transform, dismantle and reassemble. Thus, based on these borrowed objects and an arbitrary and limited choice of colours, they explore the place of painting in the art history and its relationship with the medium on which it takes place.
As an extension of this link with the object, Flora Moscovici and Yoan Sorin consider the exhibition space as a domestic space and the exhibition work itself in terms of its layout. They perceive the space as a whole, both divided into several sections by Venitian blind paintings and unified by a painted carpet that covers the entire floor. Sculptures take place there in a systematic way, like a declination in several variations of the same installation. In this way of inhabiting the exhibition space, posters are placed on the walls, supports such as pedestals, shelves and seats are all furniture-sculptures that retain their function and use. These everyday objects become both the supports of painting, subjects to be painted, in a kind of space design of the paintings. For the artists, “the art centre does not mime the house but becomes a space inhabited by domestic works”.

In conjunction with the creation of these forms and spaces, Mobilier Peint develops a new research project on the writings about art. Author Théo Robine-Langlois was commissioned a text on their work from the artists. Then, they asked musician Julien Perez to set it to music. This music, played during the exhibition, constitutes its soundtrack. By singing about and in the paintings, the artists propose another relationship to the discourse, creating through the atmosphere a certain familiarity in the connection to the works and the exhibition, and proposing a moment to live that they relativize under a nonchalant title: “All this is nothing, it’s life”. 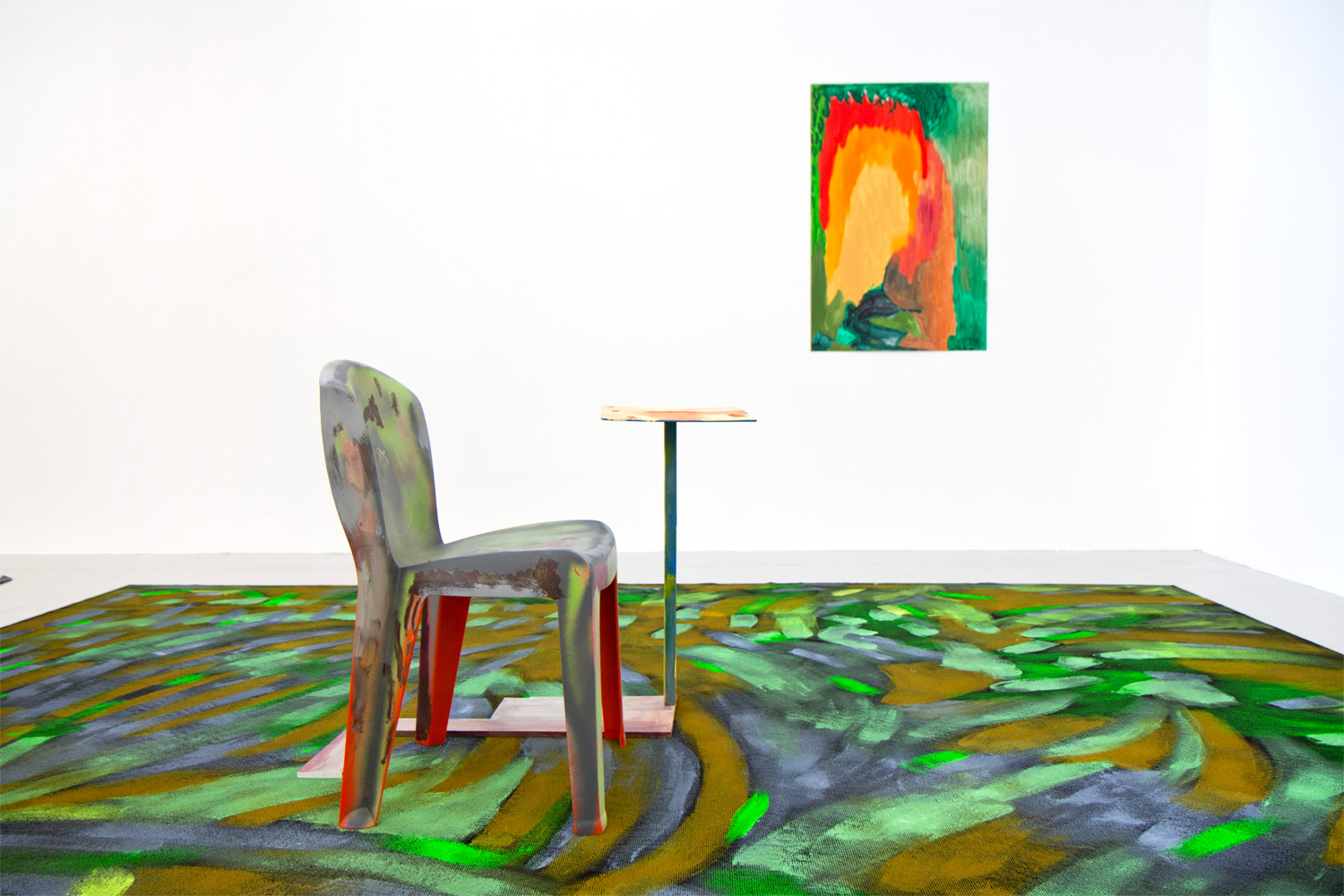 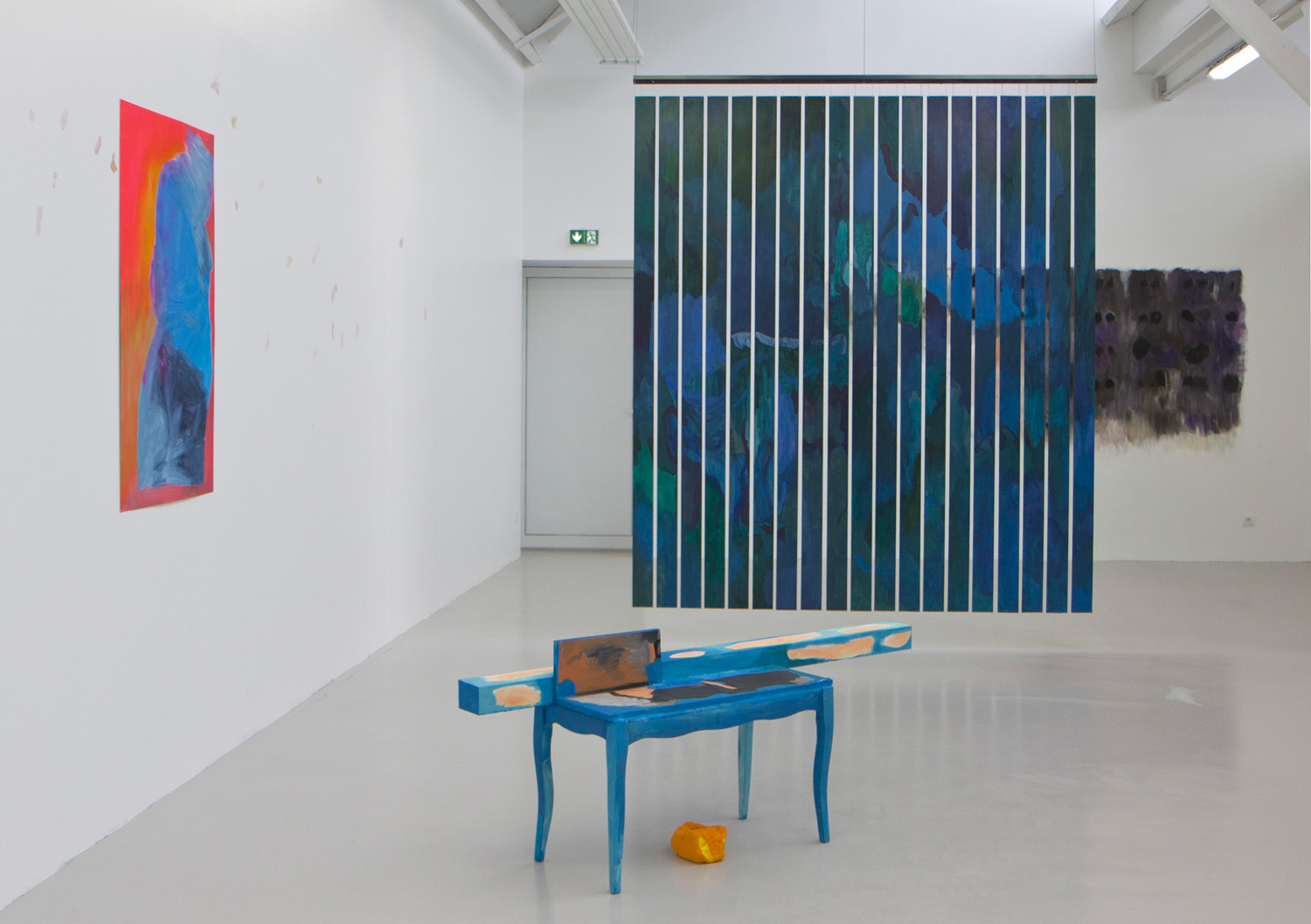 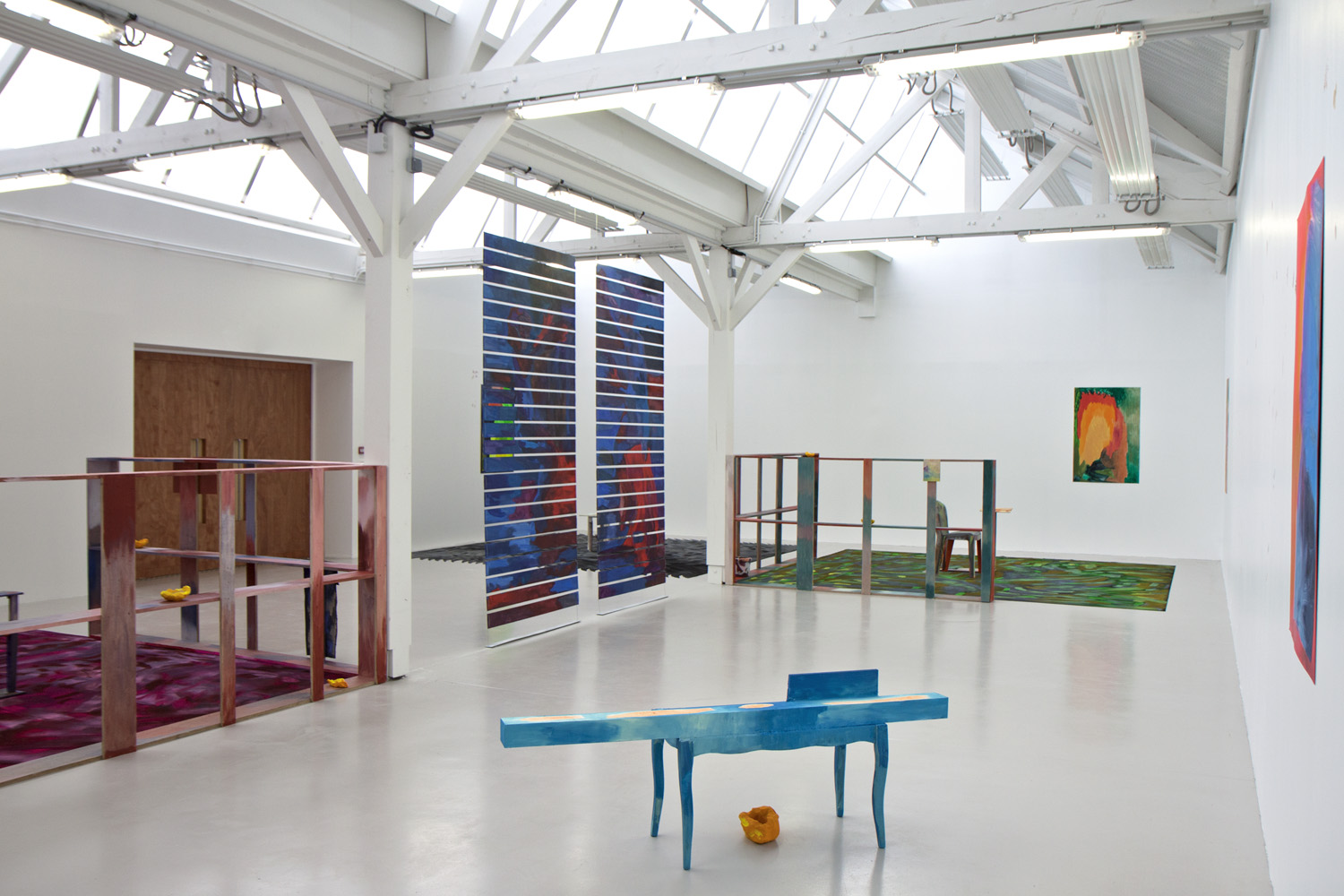 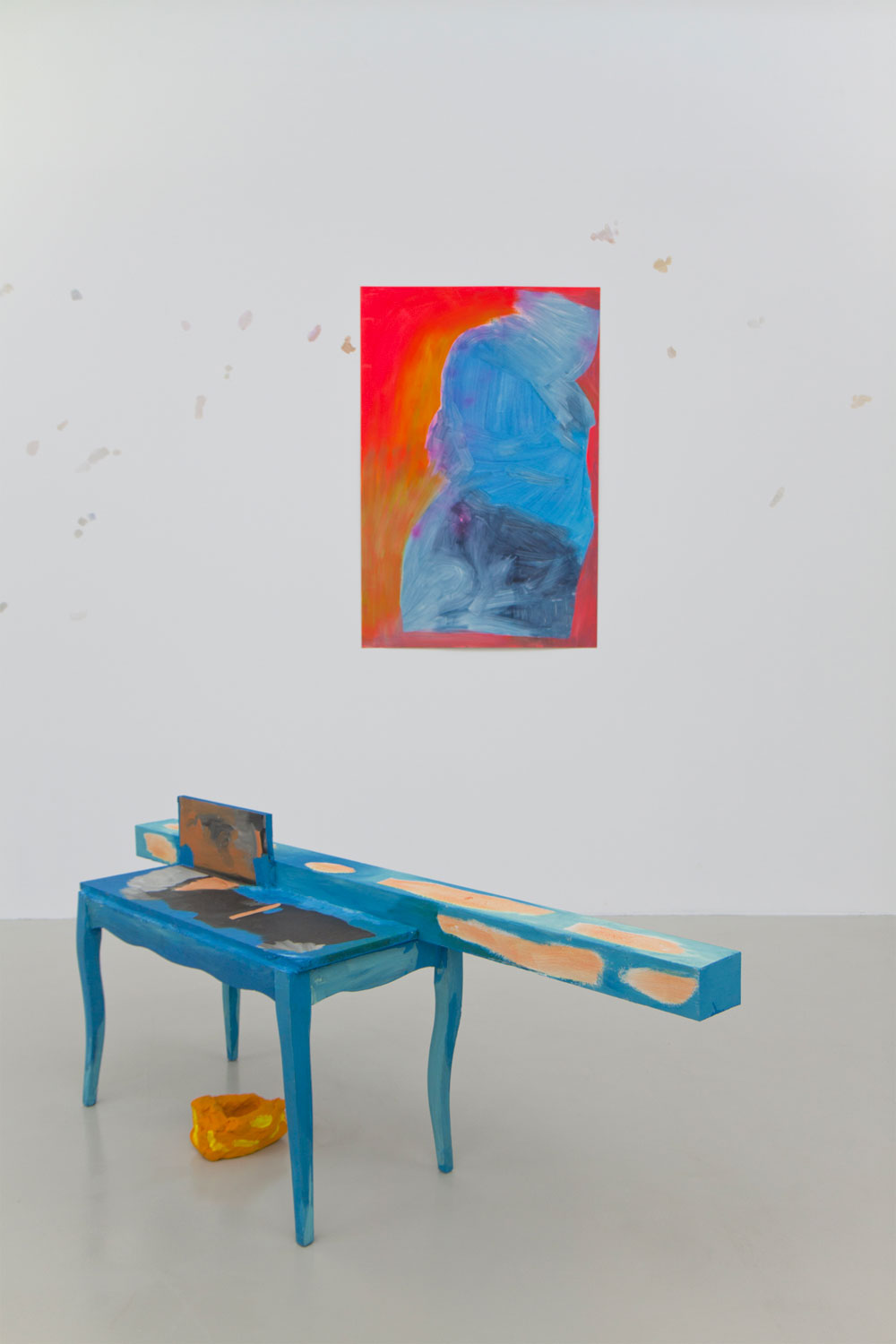 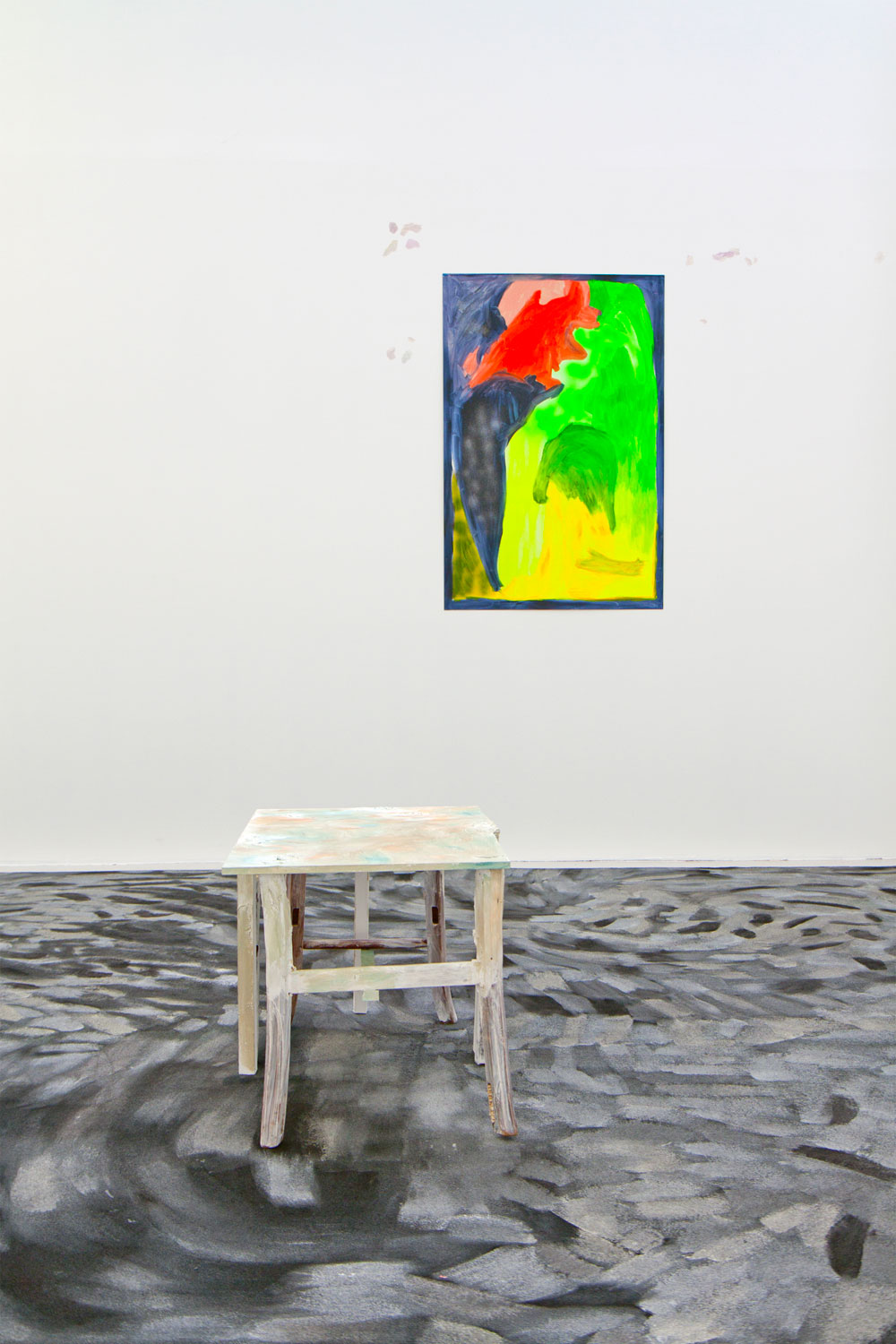 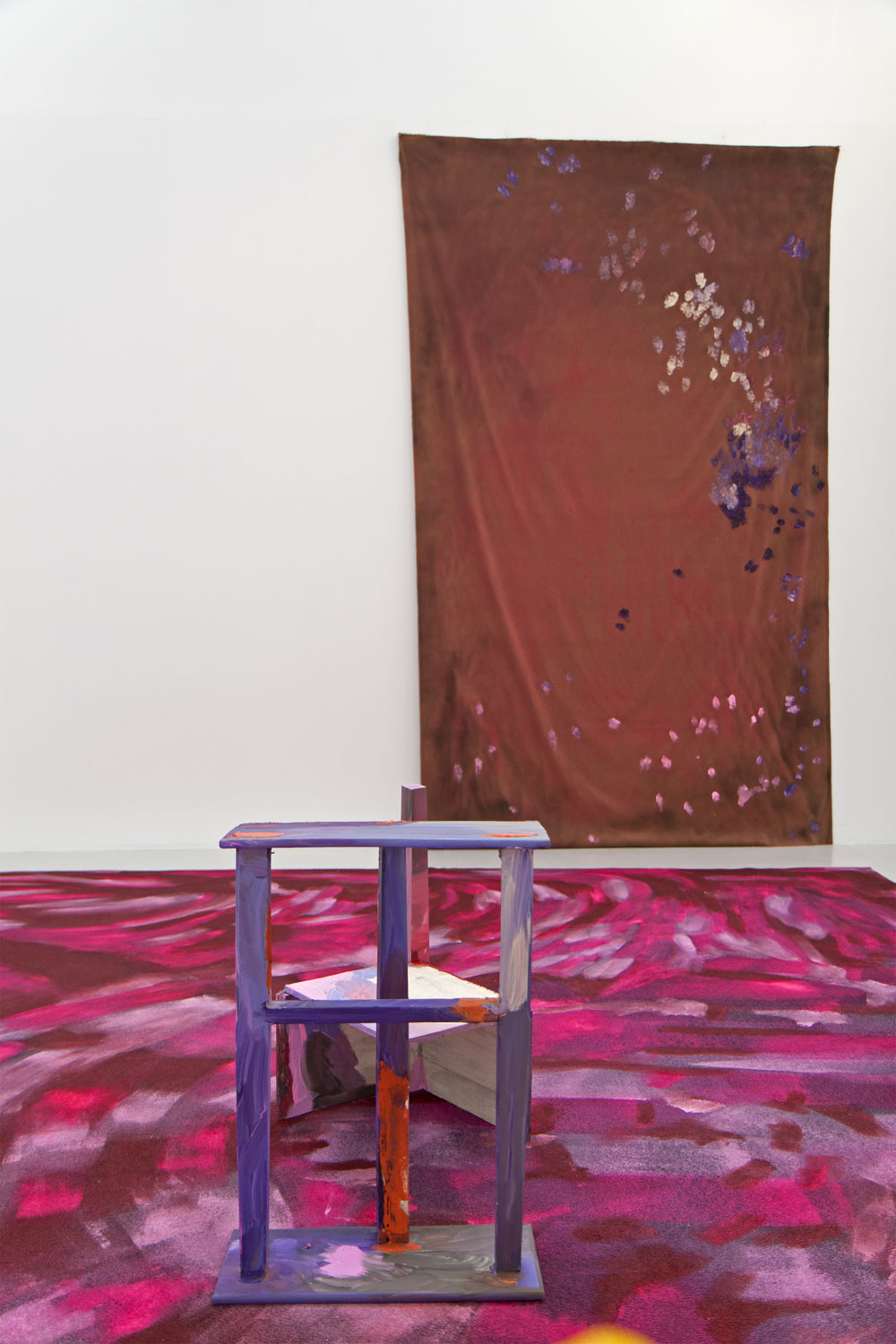 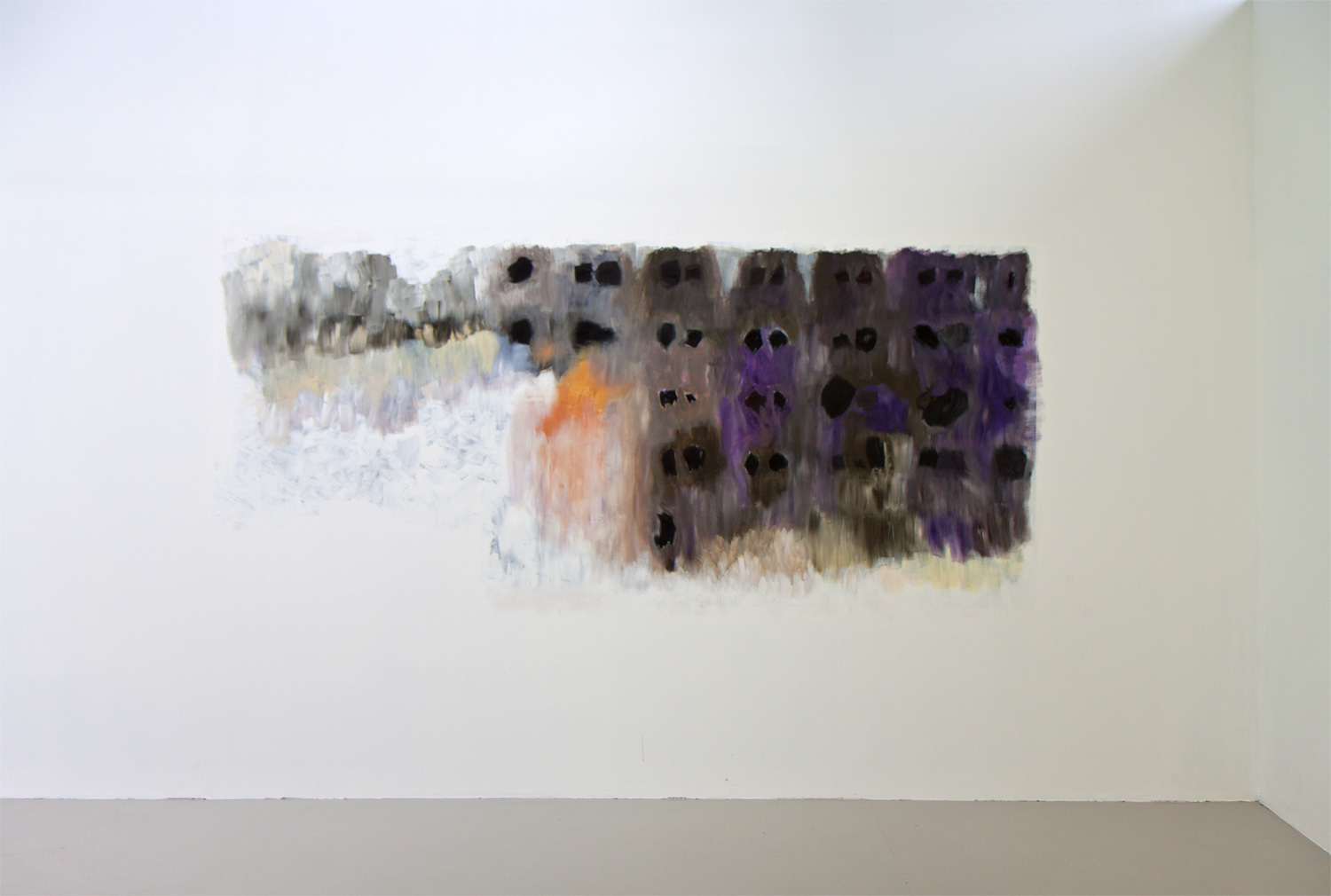 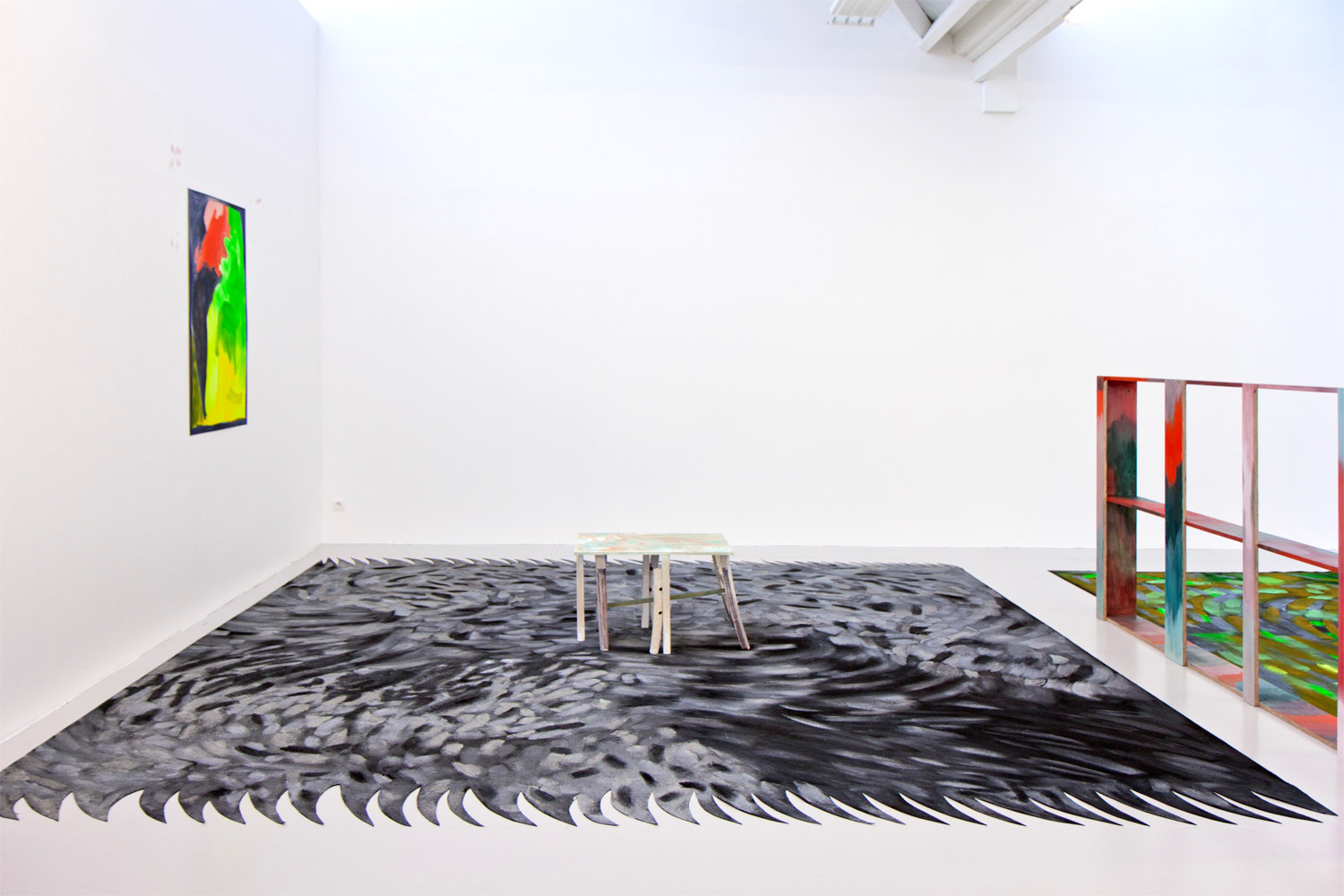