For her first solo show in a French institution, Romane de Watteville presents her paintings by combining different formats and interventions on the exhibition space. This exhibition is produced in partnership with the Centre culturel suisse as part of its nomadic on-tour programme.

In the views of interiors, bedroom or living room, that Romane de Watteville represents in her paintings, a landscape is generally integrated in the background. The scenes that take place there are intimate. Half-naked bodies, whose faces are usually not visible, lounging on a bed, partially wearing fashion clothes and accessories, clearly identifiable by fashion victims, are painted in a realistic manner without being idealized.

Different framings, more tightly focused, are juxtaposed: a subjective view that we assume to be the viewpoint of the person represented (the artist?), that of a cell phone that appears, also painted, or the reflection in a mirror. Some of these details can sometimes be enlarged and taken out of the work to form another, smaller one, presented next to it.

All these elements give us an indication about the different iconographic sources used in Romane de Watteville’s paintings: selfies and photographs taken by the artist, images collected on the internet, references to art history, cinema, fashion and design.

Based on the technical process developed in 1925 by director Abel Gance, who used three cameras to create an image three times wider than the traditional format and a narrative displayed in three different images, thus producing a «polyvision», the paintings produced by Romane de Watteville for her exhibition at 40mcube create an effect of mise en abyme while replaying the genres of the live model and the self-portrait with contemporary means.

These new works are conceived with the will to create a dialogue, a complementarity, a link between different formats and an interplay of points of view, allowing the artist to recreate on an architectural scale the process developed in her paintings, but also to think about the display of her exhibition. Its title, Studiolove, evokes the cabinet of curiosities and more particularly the Studiolo and the Grotta of Isabella d’Este, a Renaissance collector. Between the studio, the private and even intimate space, and the exhibition space, the exhibition is thought here as a hybrid place. 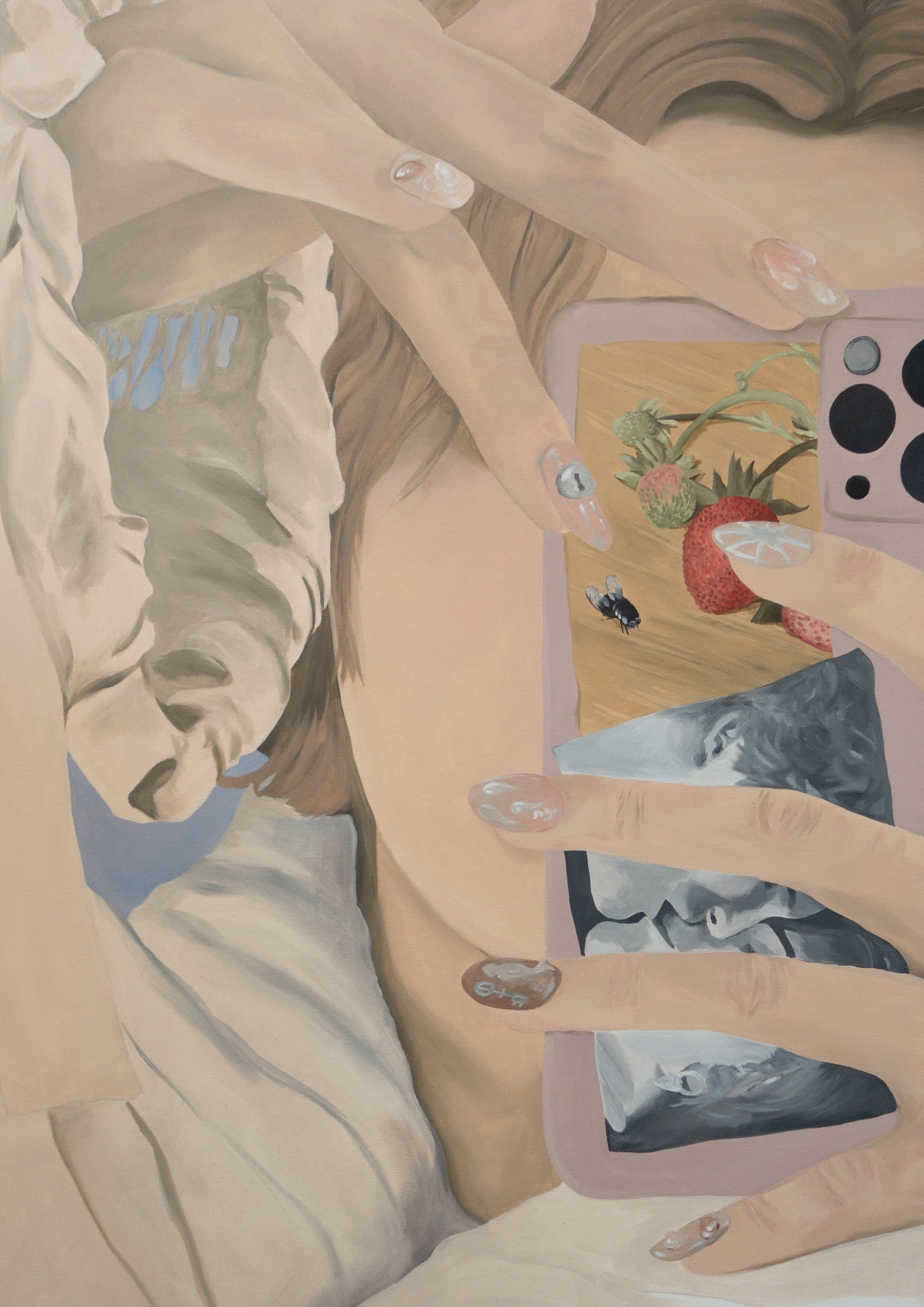