Nuit de flou is an invitation to live, to experience, to invest moments of creation freed from the notions of disciplines. It is a time for performances, projected works, experiments in artistic practices, displays and activations of paintings, sculptures and live music.

During three days, in the open spaces of the Fabrique Pola, the artistic proposals are deployed from the inside to the outside, around a central scenographic element acting as a bench, a base, an area of artistic practices and relaxation, mixing without hierarchy private and public spaces, day, night, awake and dream.

The classical sequences of preparation, production and installation of the exhibition are no longer dissociated from the times of public presentation. Movement, attempts, cross-fades become normative. The display of works evolves over the course of days and evenings, making the forms of discovery of the artists’ work more permeable and immersive.

Nuit de flou is a temporal and spatial essay composed with several hands. On the proposals of Zébra3 in Bordeaux, 40mcube in Rennes, Manuel Pomar / Lieu-Commun in Toulouse and Virginie Lyobard / Chantier Public in Poitiers, invitation is made to artists of all generations to convene the idea of art which is apprehended while being made, to question the conditions of its emergence and its relation to the others.

On this voluntarily shady and nebulous playground offered to the artists, Nuit de flou bets on their capacity to propose moving, organic modi operandi, opening perspectives on new formats of creation and sharing. 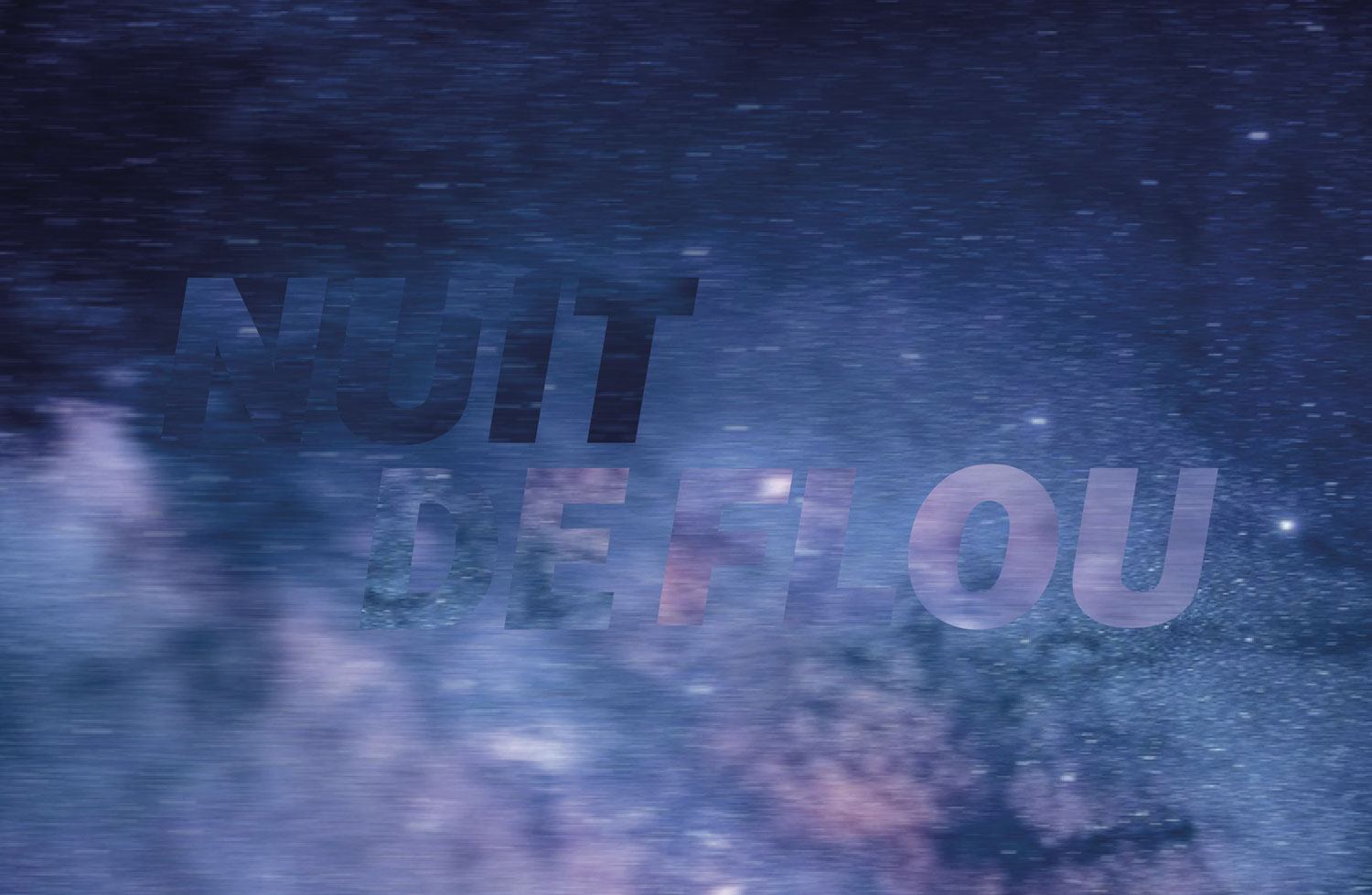