Designed by Nicholas Milhé and poduced by 40mcube in 2005 as part of the project Chantier Public #2, Sans titre is a simple sculpture—a prefabricated concrete wall—that is nevertheless equivocal. When connected other identical modules it creates a separation barrier, offensive or defensive, between two territories. Presented alone, it vacillates between a ready-made, a minimal sculpture and a political symbol…
Acquired by the Centre National des Arts Plastiques in 2009, this exhibit will remain at 40mcube for an indeterminate amount of time, thus becoming the first sculpture in the park. 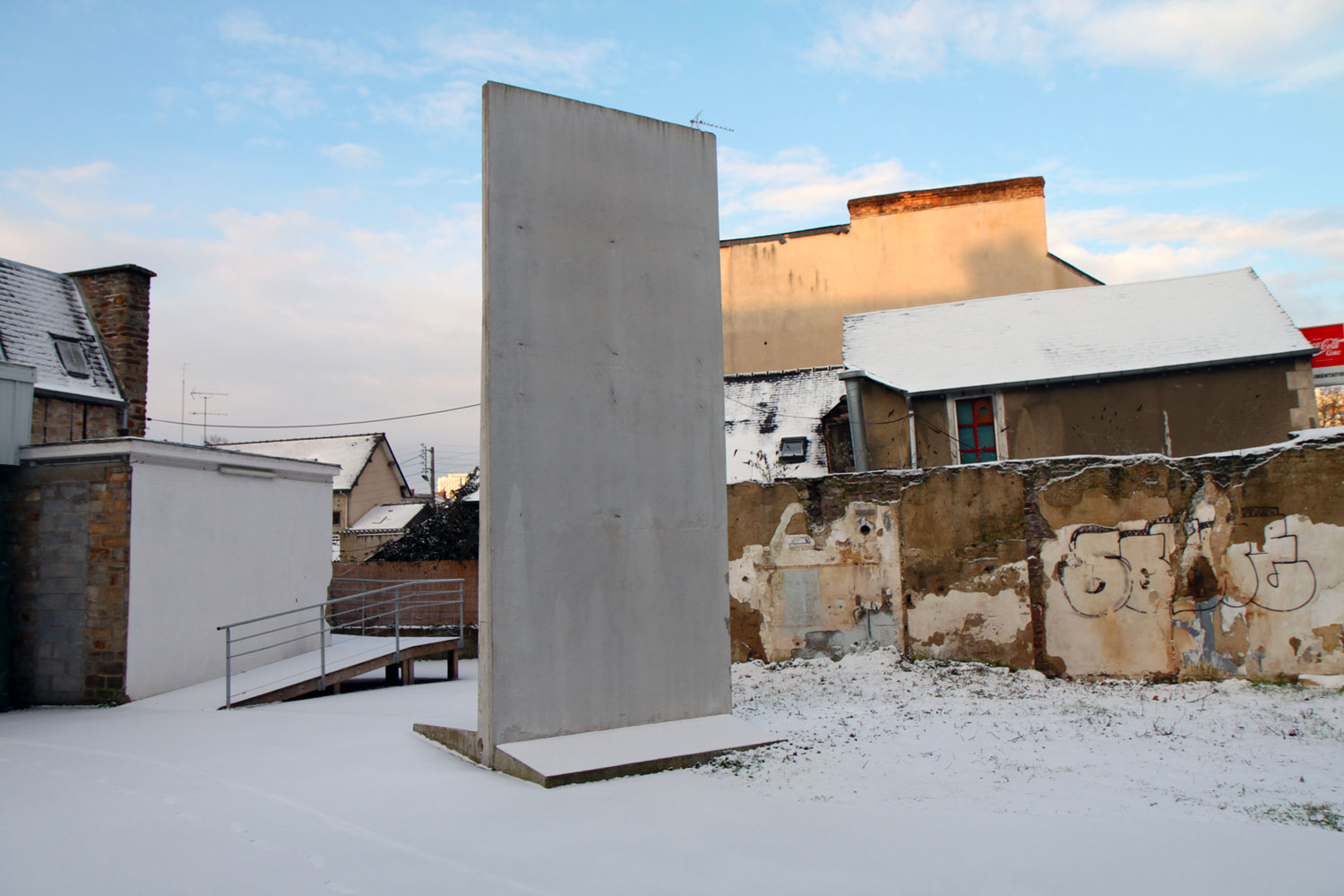