Briac Leprêtre produces series of watercolors depicting banal scenes, and in parallel he makes sculptures that refer to the volumes and shapes of architecture. Those indications of somewhat conventional and familiar practices slide away on first encounters with the artist’s work, perhaps to be replaced by a mildly troubling sensation that what is in front of us is exactly what it looks like, but that it is somehow posing as something else. The often visited notion of the surrogate in contemporary art practice begins to stir here, but Briac Leprêtre’s work goes beyond this too, focusing its attentions and research around the prickly question of where the art really is, or perhaps where it begins and ends.

In relation to ideas about the status and presence of art works, Briac Leprêtre is something of an acrobat, a tightrope walker even, as his preferred arena of practice resolutely situates itself in an exploration of the familiar with a view to nudging it discreetly over the razor’s edge into subtle and possibly unchartered territories. Indeed the subtlety of his transformations of things is such that their active ingredients might creep up on some unsuspecting individuals with a degree of insidiousness. Other viewers may remain indifferent or even oblivious to the artist’s meticulous labors and obsessions, and the difficulty of deciding which of these reactions is the exception that proves the rule, bears witness to the tightrope that Briac Leprêtre has deliberately chosen to tread, but also to the rarefied nature of the context towards which he beckons us.

In Like it is , Briac Leprêtre presents a large, site-specific sculpture that appears to be an essential structural part of the gallery’s architecture. Accompanying this work, are a group of smaller objects cast in concrete, a series of framed watercolors, and what technically is a wall painting.

The watercolors presented here show scenes of interior renovation or construction. The choice of subject is an intriguing one, since using the esthetic refinement of watercolor to render views of unfinished interiors seems almost a contradiction. The existence of such images presupposes a practical application – for which photography would be best suited, and indeed Leprêtre uses photographs as his point of departure. Nevertheless, once we’ve accepted the eccentric subject matter, these views of rooms with the white and grey of new sheetrock and patches of joint compound, lend themselves to the watercolor technique where the white of the paper becomes a source of light, or reflected light. But there is certainly an irony that prods our perception buds since while these paintings are beautifully finished, the depicted subject is itself unfinished, since it has yet to be painted! At the same time, the medium somehow elevates the subject, and in this it seems as if the artist is nudging us towards consideration of the patchy-walls that the sheet-rocker leaves for the painter, (not the artist) as itself being potentially a worthy ready-made, created by the innocent deftness of the craftsman.

In what can only be described as a wall painting, Leprêtre takes this reflection further, as he has painted what essentially is a fairly spontaneous and consciously primitive trompe l’oeil of just such a wall that has been sheet-rocked and “mudded” with joint compound prior to painting. It would be easy to see this as a somewhat twisted act, since a perfectly good white wall has effectively been “downgraded” to what looks like an unfinished wall, ready to be painted, when in fact, it HAS been painted – in order to resemble one that hasn’t!

The exhibition is completed by a series of smaller works, cast in (real) concrete, and suggesting architectural elements that presumably have (or had) a function like that suggested by the pillar supporting the ceiling, but that we cannot identify. These objects, then, pose a similar question in a different way. The material they are made of is not an illusion, but the suggestion that these carefully shaped objects carry out a precise function most certainly is. Unlike the other parts of the exhibition, they seem to have been left here as artifacts of an activity elsewhere – suggesting that they are no longer fulfilling the purpose for which they were made. As such they are left over, remnants of something else, though it’s impossible to know what’s missing. Here, in what ironically could be thought of as the artist’s most “original” works, Briac Leprêtre seems even closer to Baudrillard’s thinking in “Simulacra and Simulation” (1980) when the French philosopher writes about: “the phase of simulation and the death throes of distinctive systems, a phase when everything becomes a remainder and a residual.”

But Briac Leprêtre is ultimately far more engaged in the daily musings of a sculptor’s sculptor than either Baudrillard, or even the final conclusions of the artist’s own research, might give him credit for. During his residency at Parker’s Box, his daily concerns and anxieties were unquestionably focused on such issues as form, volume, mass, weight, composition, materials and of course appearance, rather than the fine tuning of illusion and represented realities – elements that, on the contrary, seem so thoroughly to be second nature to this artist, because for him they are the immutable backbone of all artistic endeavor.

But Briac Leprêtre is ultimately far more engaged in the daily musings of a sculptor’s sculptor than either Baudrillard, or even the final conclusions of the artist’s own research, might give him credit for. During his residency at Parker’s Box, his daily concerns and anxieties were unquestionably focused on such issues as form, volume, mass, weight, composition, materials and of course appearance, rather than the fine tuning of illusion and represented realities – elements that, on the contrary, seem so thoroughly to be second nature to this artist, because for him they are the immutable backbone of all artistic endeavor.

Briac Leprêtre, Like it is, 2011, exhibition view. Curated by 40mcube. Produced by 40mcube / Parker’s Box, with the support of the Institut françaisand the regional council of Brittany. Photo: Briac Leprêtre. 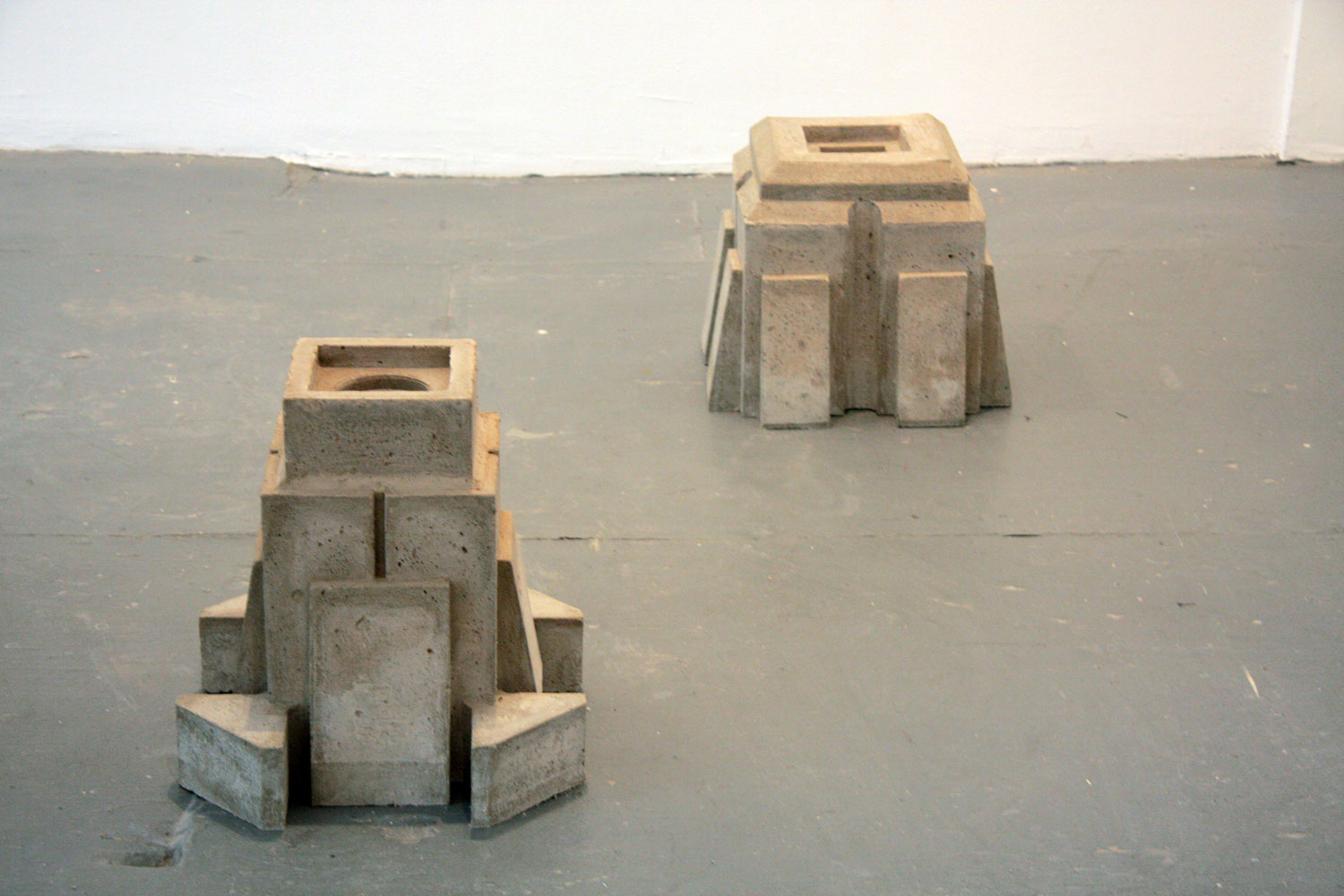 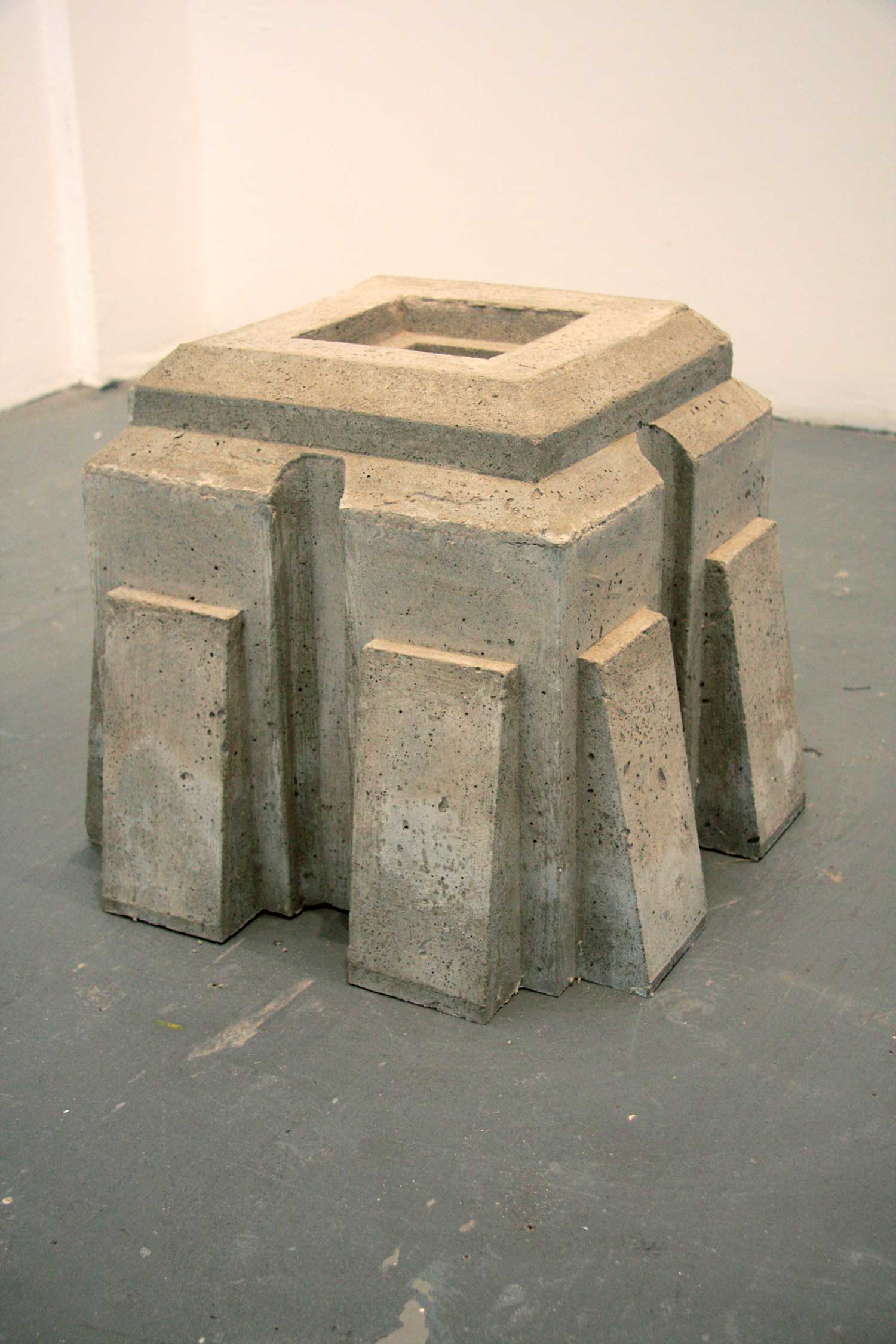 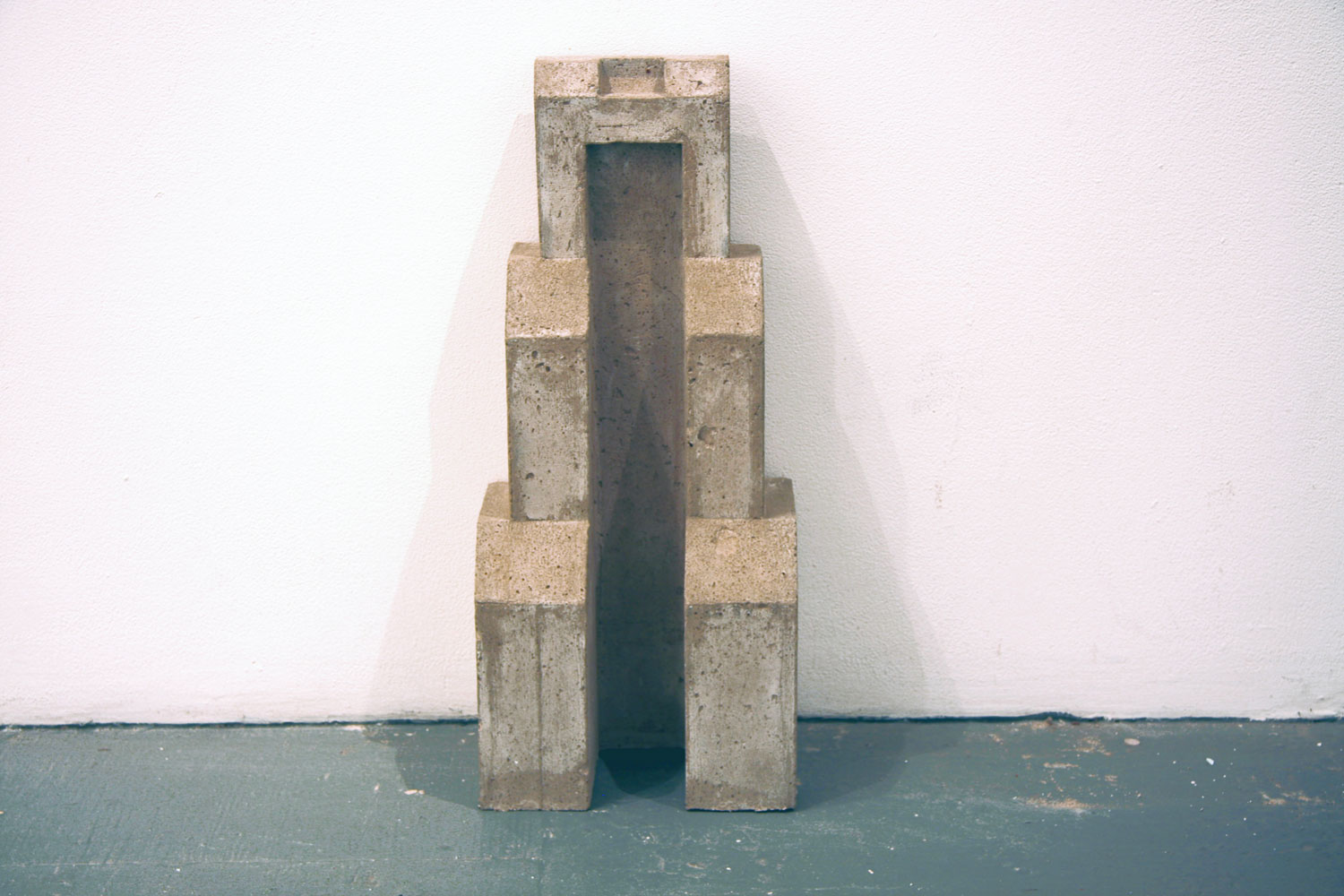 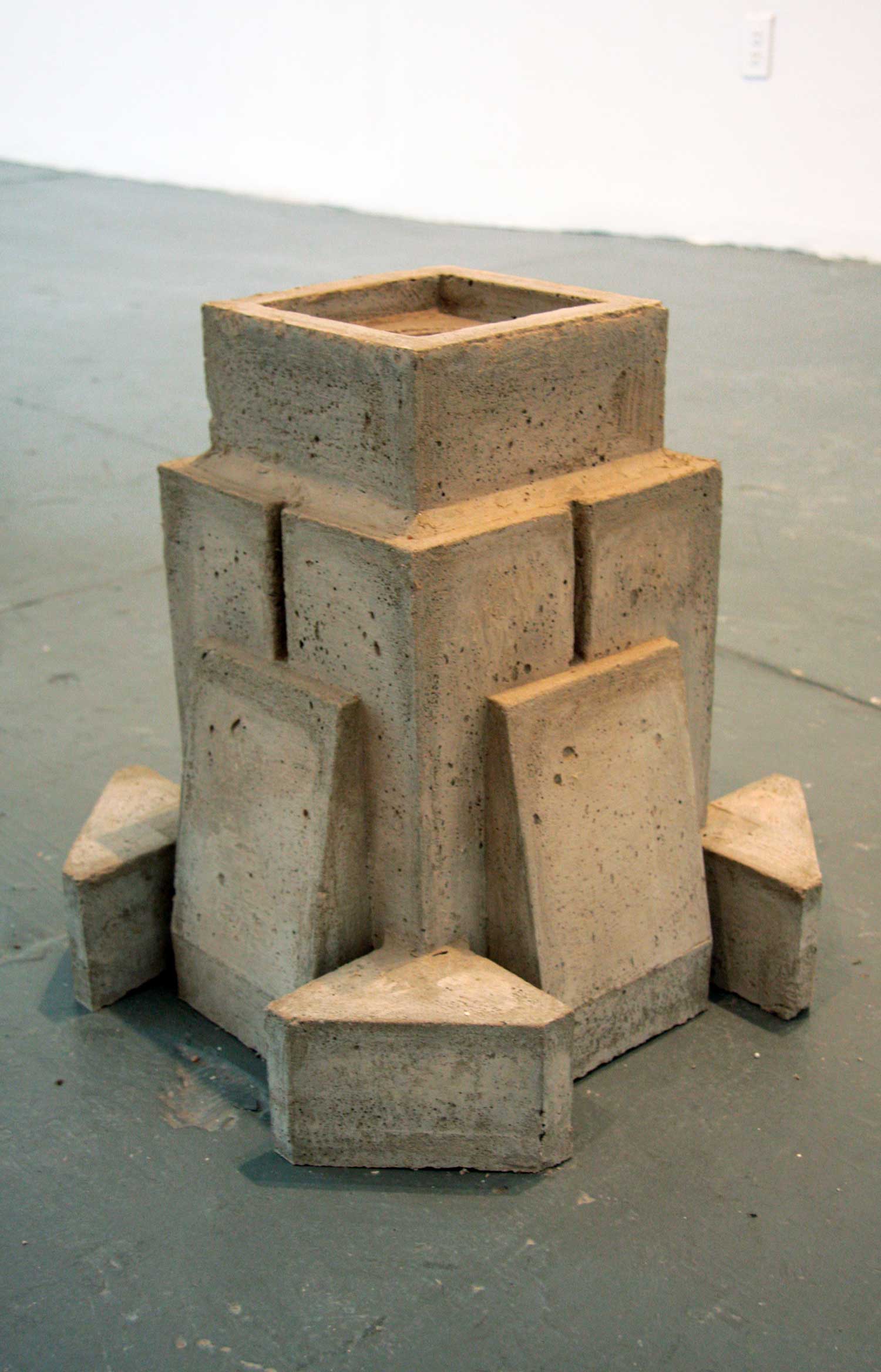 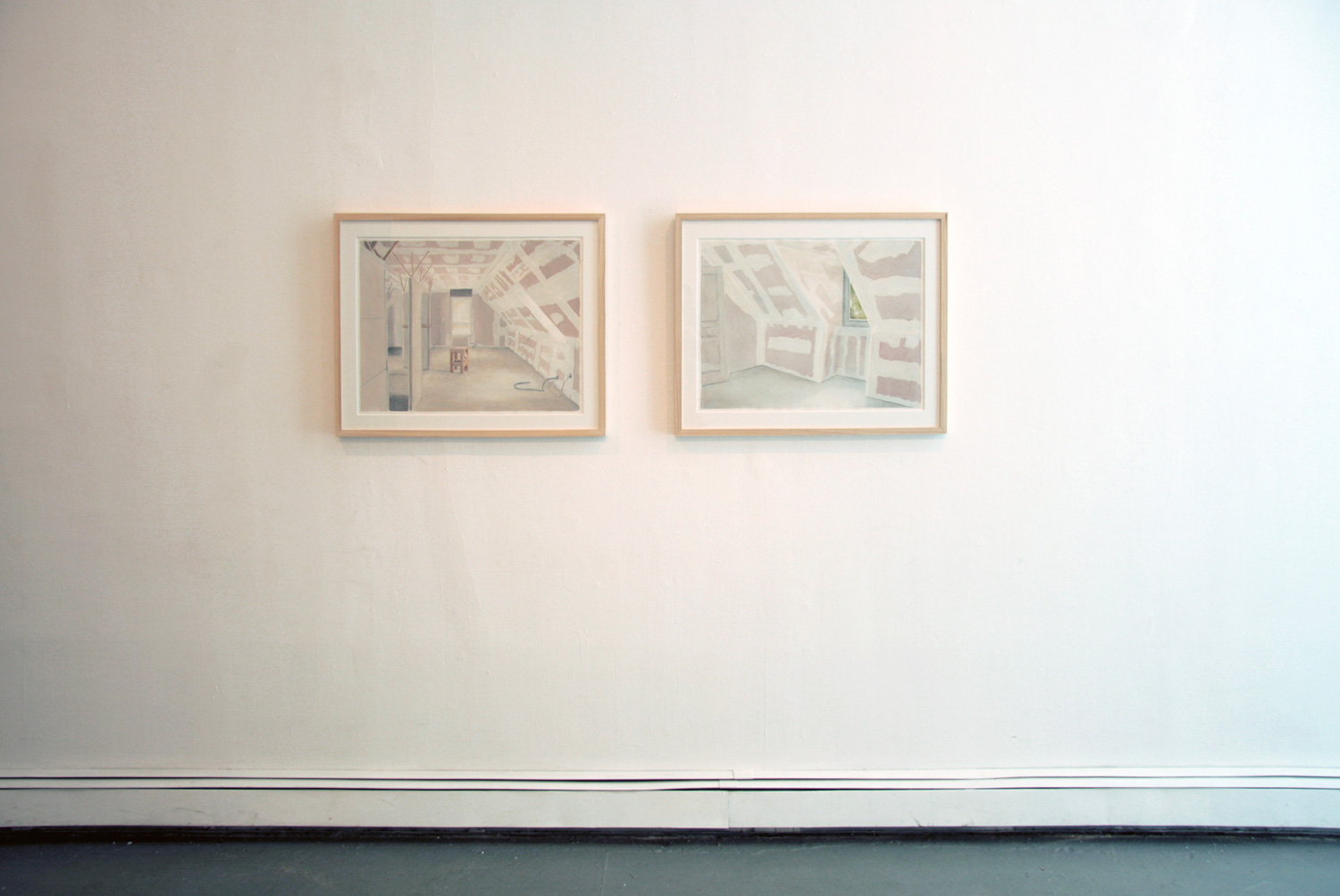 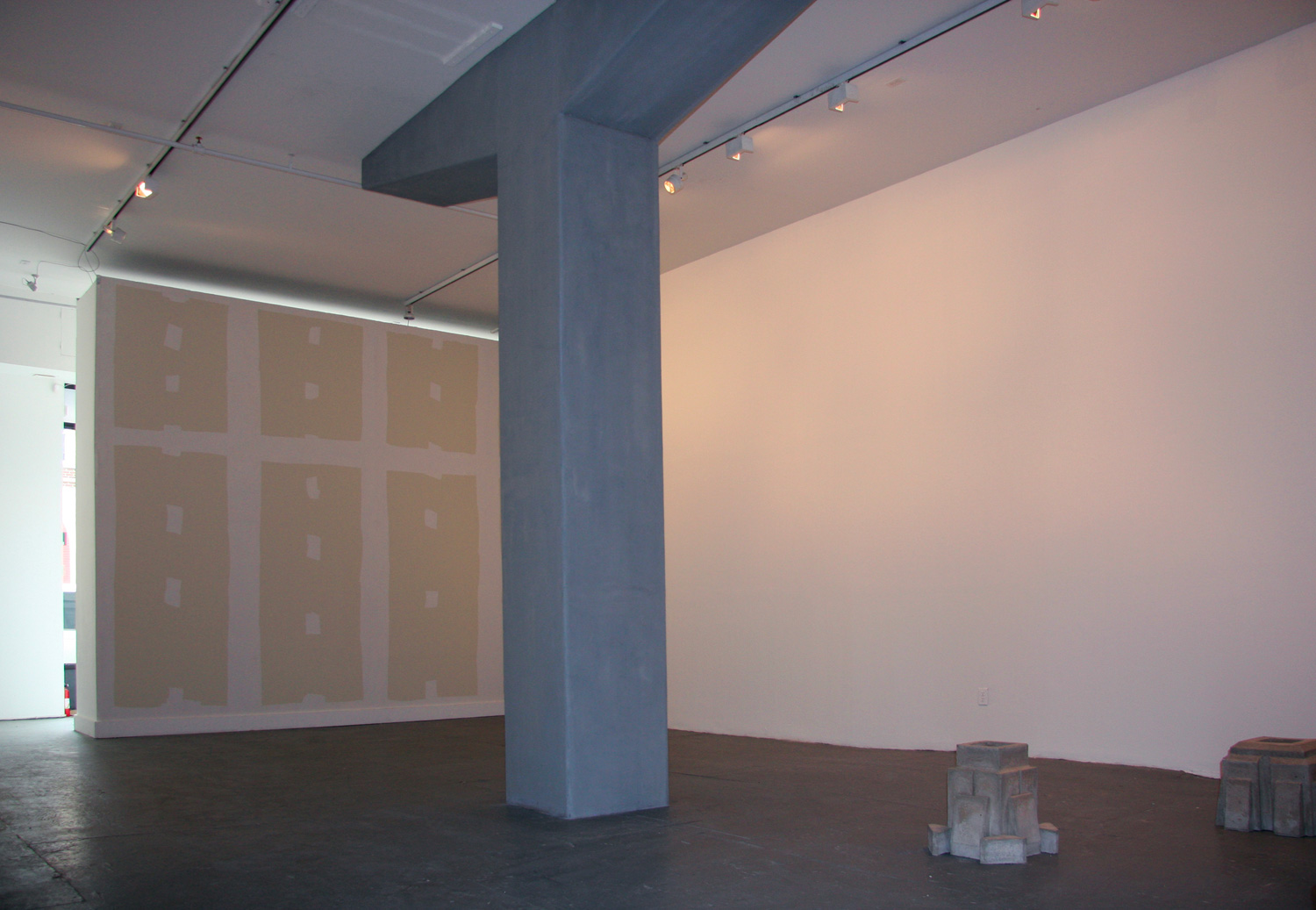