Laurent Duthion is an experimenter of sensations, objects and environments. He is rigorously curious about scientific research, collaborating with agronomists to grow square tomatoes, taking up residencies in Antarctica to take odour samples and discover new plant and animal species.

For Laurent Duthion, it is neither a question of “blindly” applying scientific experiments to the field of art, nor of claiming to overturn science with an artistic vision. It is quite simply with art and scientific research that the displacements of certainties and truths manifest themselves and that new sensations and landscapes of the body and spaces are experienced. Art and science imagine the possibilities of freedom and in particular the ability to build critical visions of our individual and collective relationship to the world.

Les Réalisateurs are polygraphic trees, six of which were planted in 2011 in the park of the Château d'Oiron. They combine different species of Prunus such as the Myrobolan with red foliage, the peach, almond, plum, apricot and mirabel tree, each specimen being both an individual and a population.

The Château d'Oiron is the starting point for the development of a diffuse garden constituted by the transplantation of the other Directors in different places. Seven Directors are now planted at the HubHug Sculpture Project, which becomes the first realization of this diffuse garden. 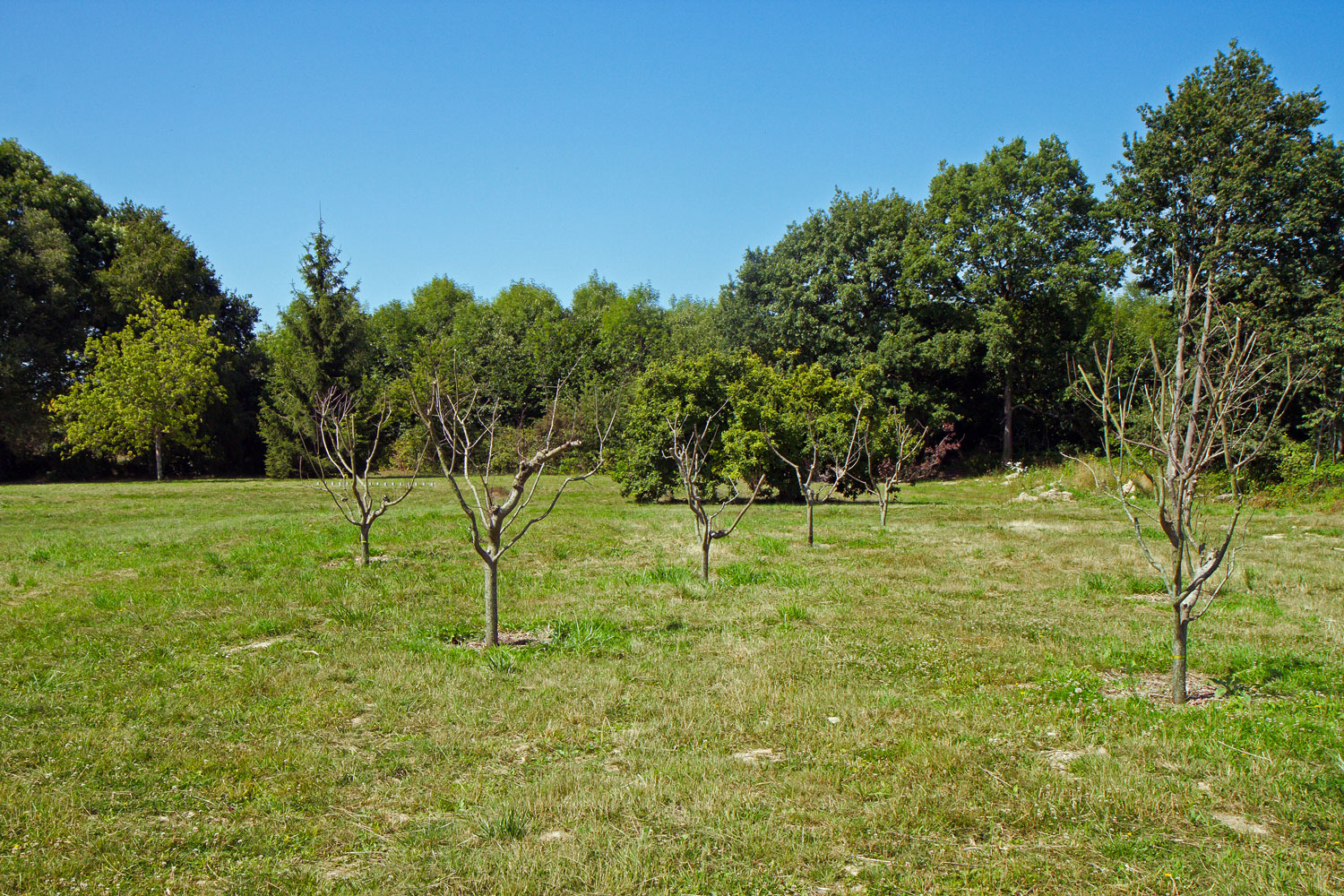