Invited by 40mcube to create a work for the public space, Laurence De Leersnyder intervenes in the Thabor Park, in downtown Rennes. The city’s most visited heritage site, combining a French garden, an English park, a cave, an orangery and a bandstand. The park extends over 10 hectares. The artist presents Perspective de fuite à l’anglaise, a landscape sculpture that disrupts the drawn landscape by creating undulations of lawn ready to fly away.

The works of Laurence De Leersnyder are the result of experiments. The process, the experimentation, is not made visible but can be guessed when one takes the time to decipher these forms, whose strangeness, even incongruity, one perceives at first glance. His works contain the trace of natural actions, linked to time, or human actions – his own, on matter.

The artist uses natural materials such as earth, materials that transform like plaster, wax, alloys, or common building materials such as sand or concrete, which she works in an unnatural way: deformed, forced, turned upside down, mistreated… In the case of Colonnes de terre (1), she constrains a mass of earth into a geometrical shape solely by the force of pressure. She thus provokes changes in the state of the material: something shapeless, unstable, brittle, composite, becomes solid.

She also sets up inversion phenomena where a hollow becomes a full. For La fonte des sables (2), she digs the soil and pours aluminium into it, thus casting a void. A volume that she erects upside down on a pedestal, while the material retains the shape of the initial weightlessness from which the strangeness of the work partly stems.

The passage from horizontality to verticality is also part of the manipulations she produces. Concretum (3) is a set of three concrete casts of earth surfaces, which are then erected as monoliths, at the very place where they were removed.

Trace, imprint, geology are omnipresent in Laurence De Leersnyder’s work, which often consists of revealing what is usually hidden, buried. She brings these forms to the surface in the exhibition space, or intervenes directly outside, in our controlled or even constructed natural spaces. This is also what she is talking about, this nature that man has always sought to control.

Perspective de fuite à l’anglaise (4) is a landscape intervention: portions of lawns rise up, creating waves and disrupting the drawn landscape of the Thabor garden in Rennes. They subtly modify its appearance and experience, bringing to the surface the trace of a possible secret underground life. 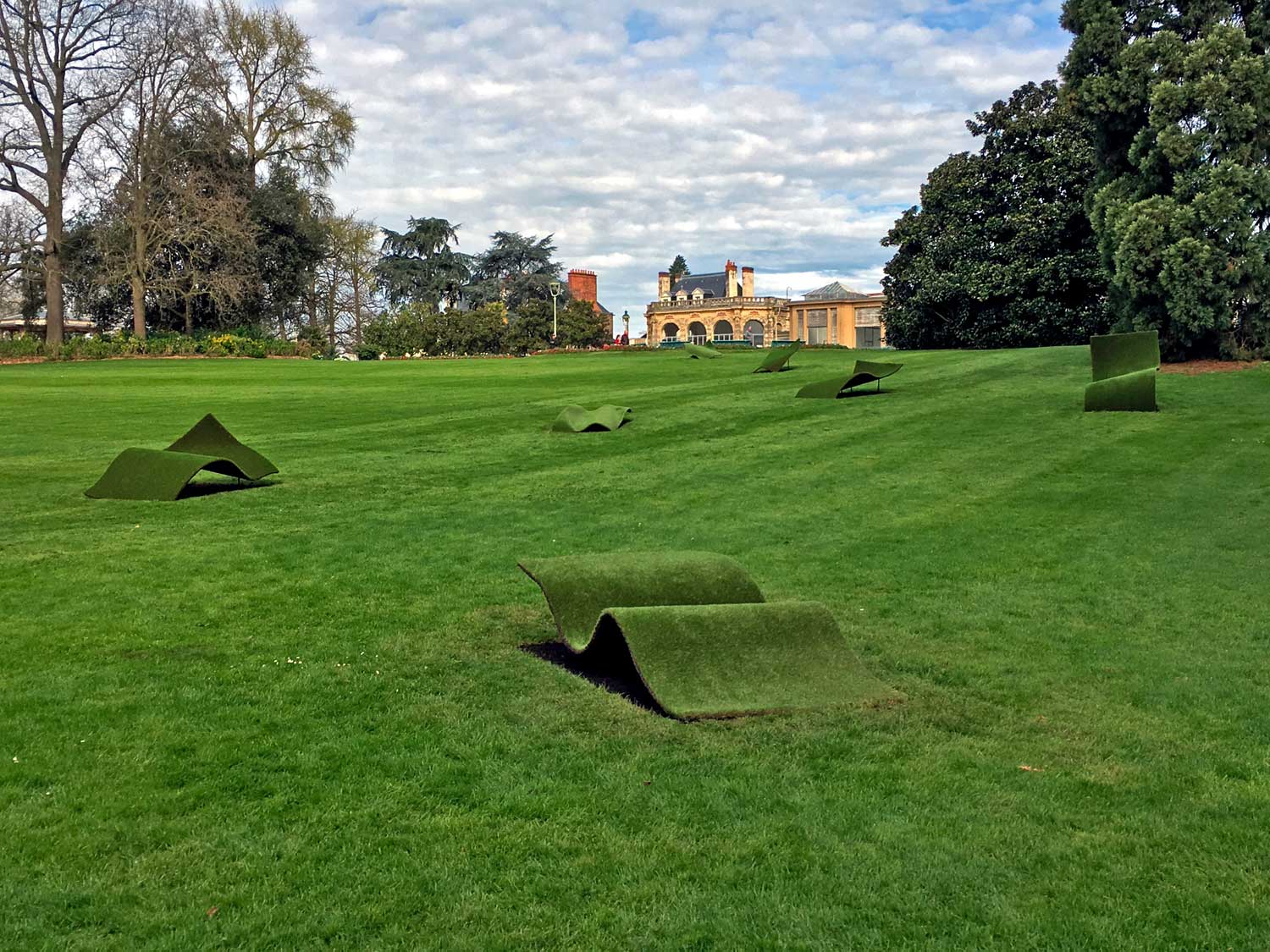 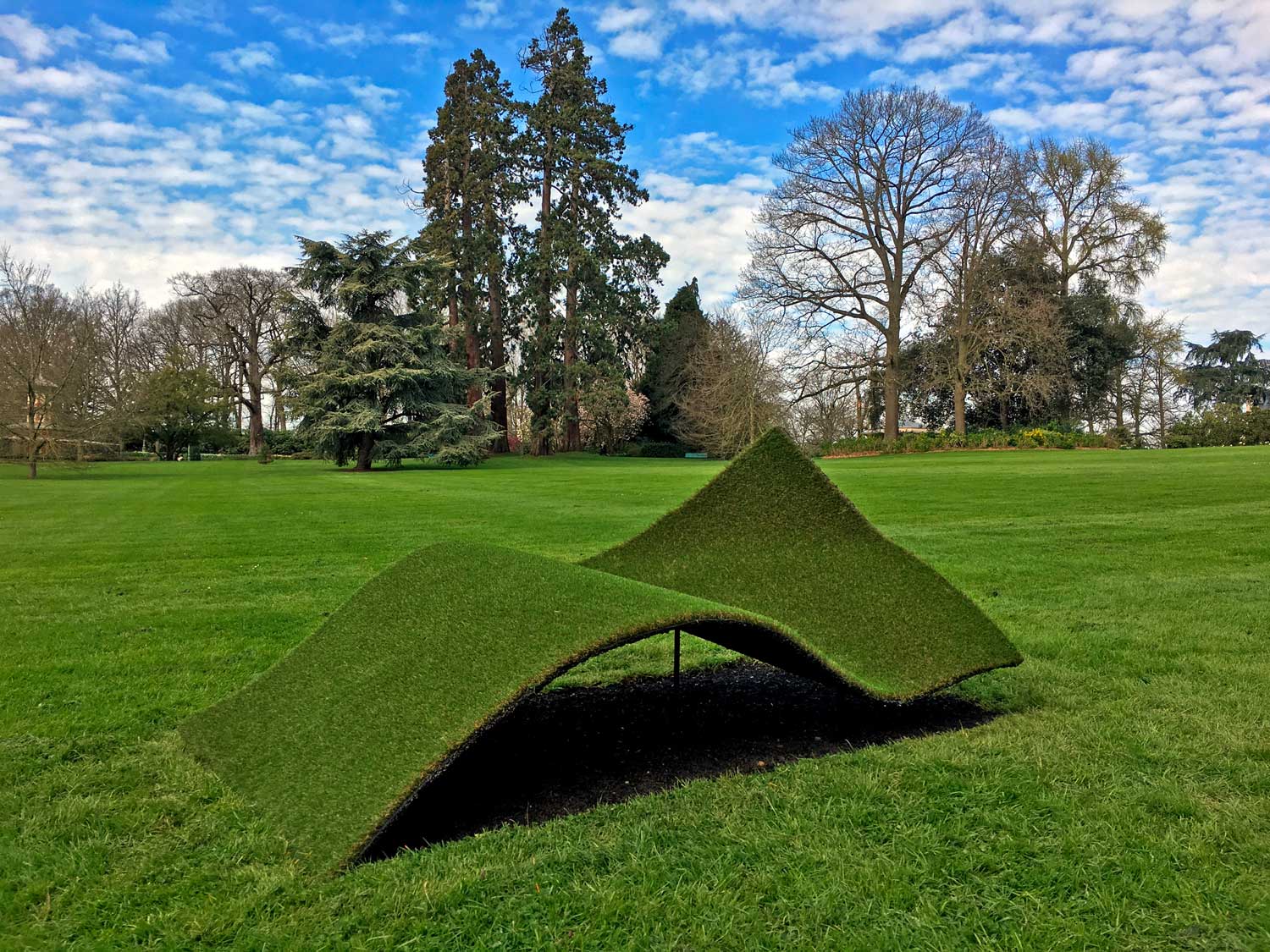