Le Grand Silence is a reinforced concrete sculpture representing a flat mountain with a snow-covered summit topped with marble. Its title refers to Sergio Corbucci’s film of the same name (1968), a rare western (spaghetti) set in a snowy landscape where the shots are muffled by the thick coat and where the hero, mute, struggles against an icy looking Klaus Kinski.
Made from materials used in the building, Le Grand Silence is also a simplified architecture, a pictogram, an urban setting borrowed from a child’s drawing, a pretext for telling stories. 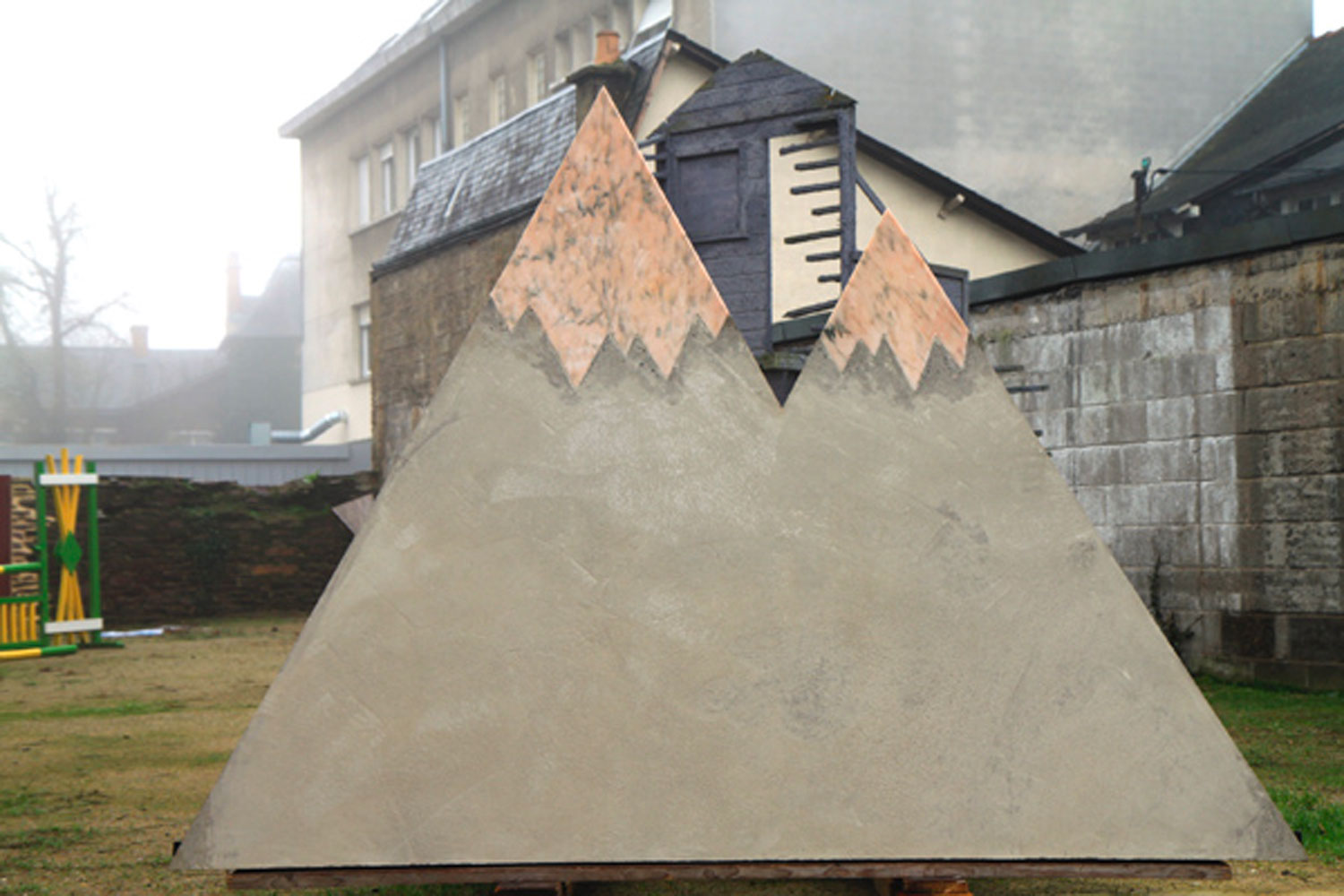