Protean, Antoine Dorotte ’s work constantly surprises, following his own logic, with an evolution always unpredictable despite the recurrent use of some materials. From figurative drawing, he rapidly went on to engraving on paper or zinc in order to make animated films and sculptures. With his initial universe made of comic strips, illustration, thrillers and videos games, he slowly departs from any forms of narration to develop instead a more abstract work still relying on the atmosphere shaped by his references. His artworks can be outside sculptures or installations at the scale of a building. Since 2010, he is realising a series of spheres with engraved zinc scales, between metal flower and unidentified object, which have taken place on Anglet’s seaside, in the jardin des Tuileries and at 40mcube during his personal exhibition in 2012.

The relationship with architecture in general and with Christian de Porzamparc and Les Champs Libres is clear. From this observation came the idea to ask Antoine Dorotte to confront his sculptures with this building. Thus, the artist presents in Les Champs Libres ’ entrance hall Una Misteriose Bola, zinc scales sphere of 5 meters in diameter and a new piece made for this place, Bulbulux. This second sphere pierces through the main building, showing on the ceiling of the entrance hall and on the roof, visible from the different floors of the library. A discreet ray of light runs through it, making the sphere a call to an imaginary world.

Little sisters of the growth of the Espace des sciences, those two sculptures create a link between volumes and entities, multiplying the perspectives on the work but also on the architecture. Antoine Dorotte ’s artistic intervention, in its entirety, forces movement and offers another reading of the environment. 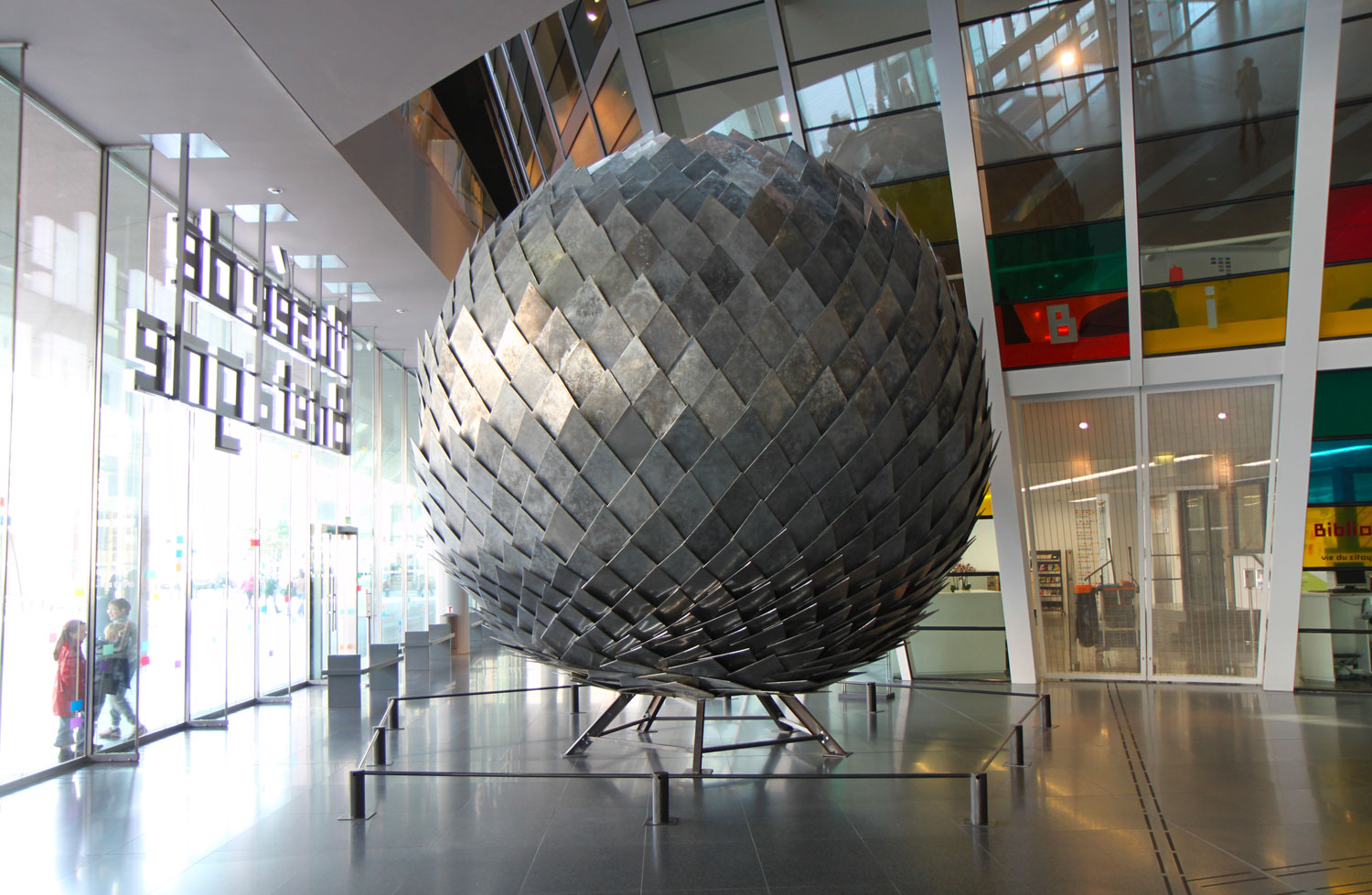 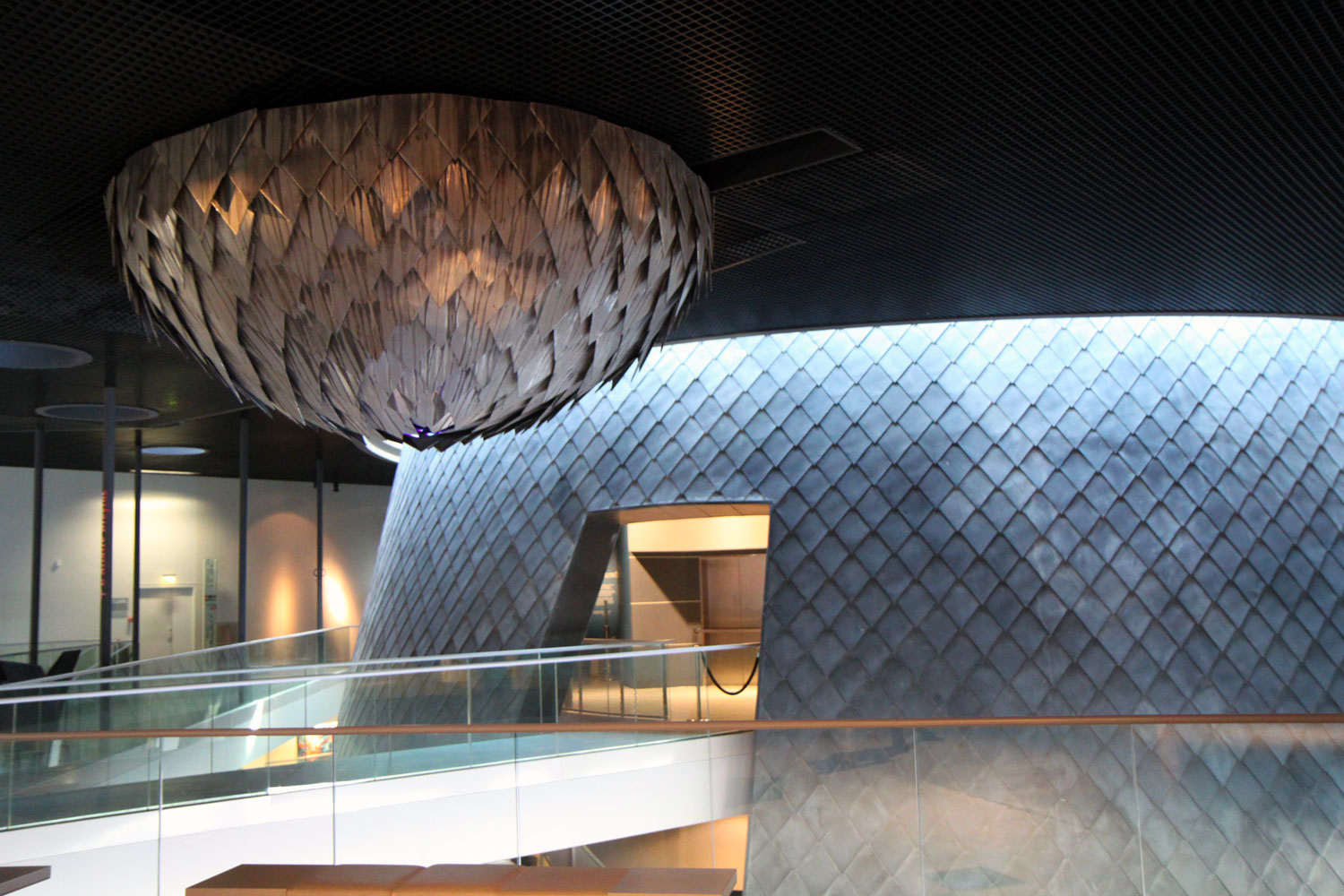 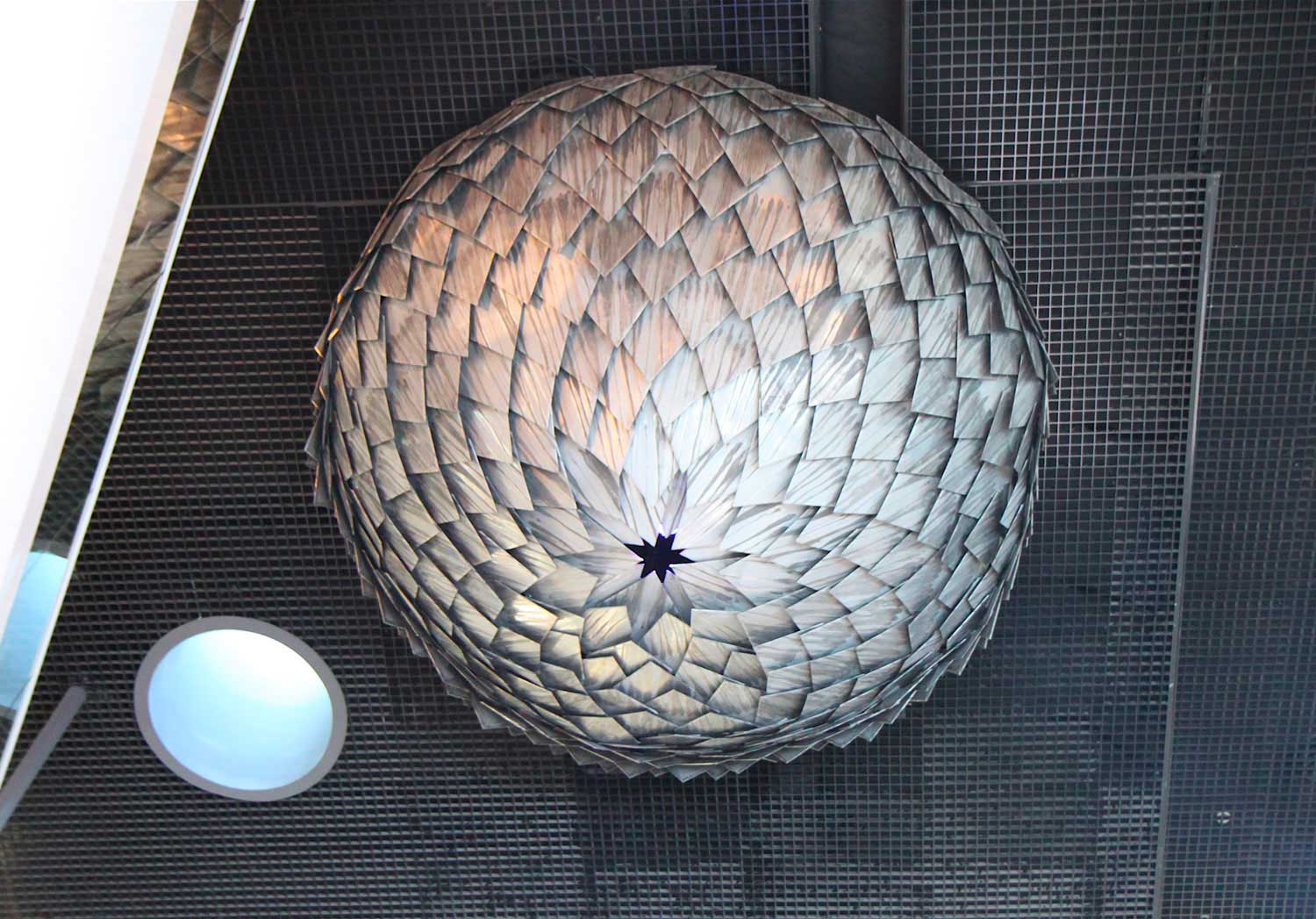 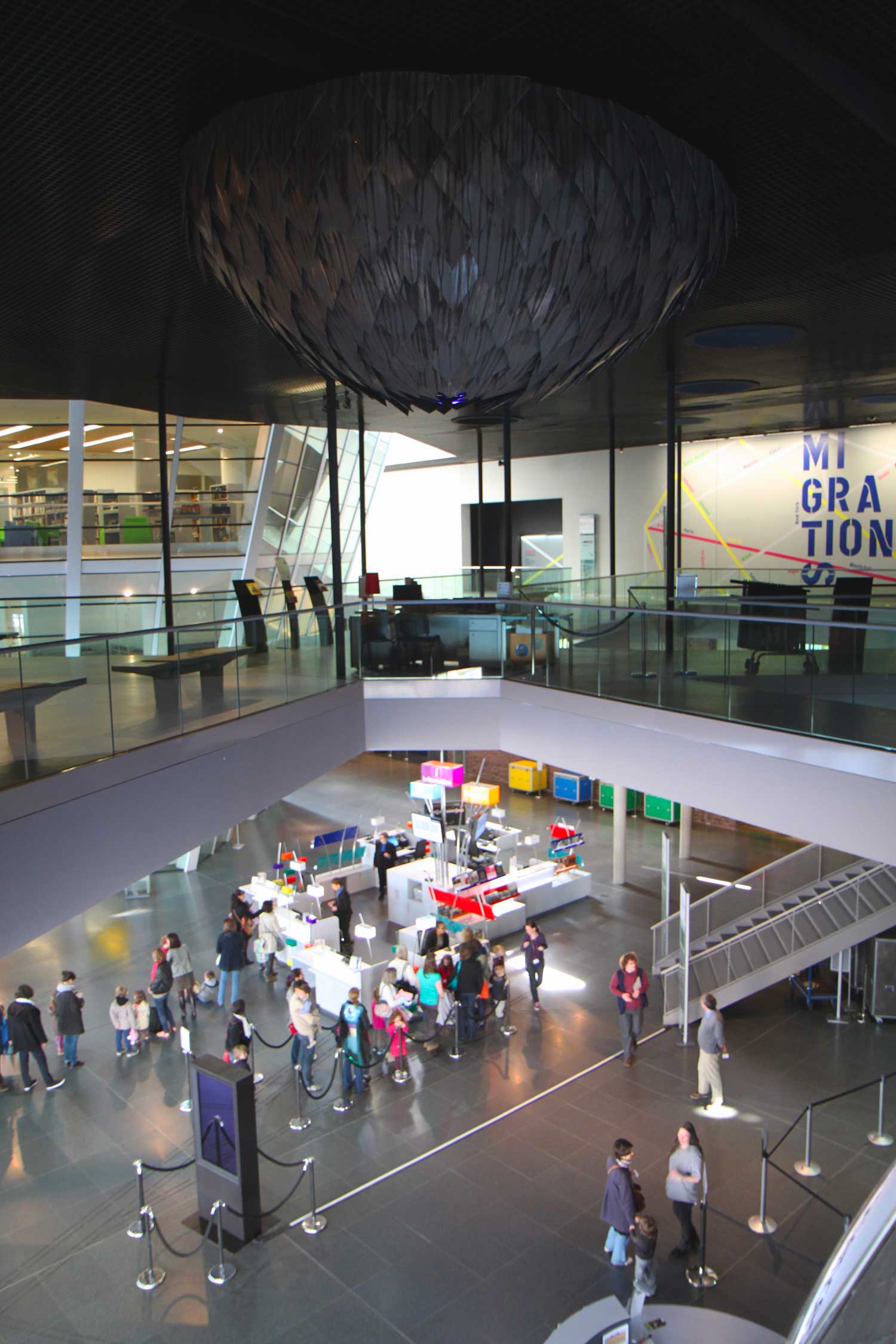 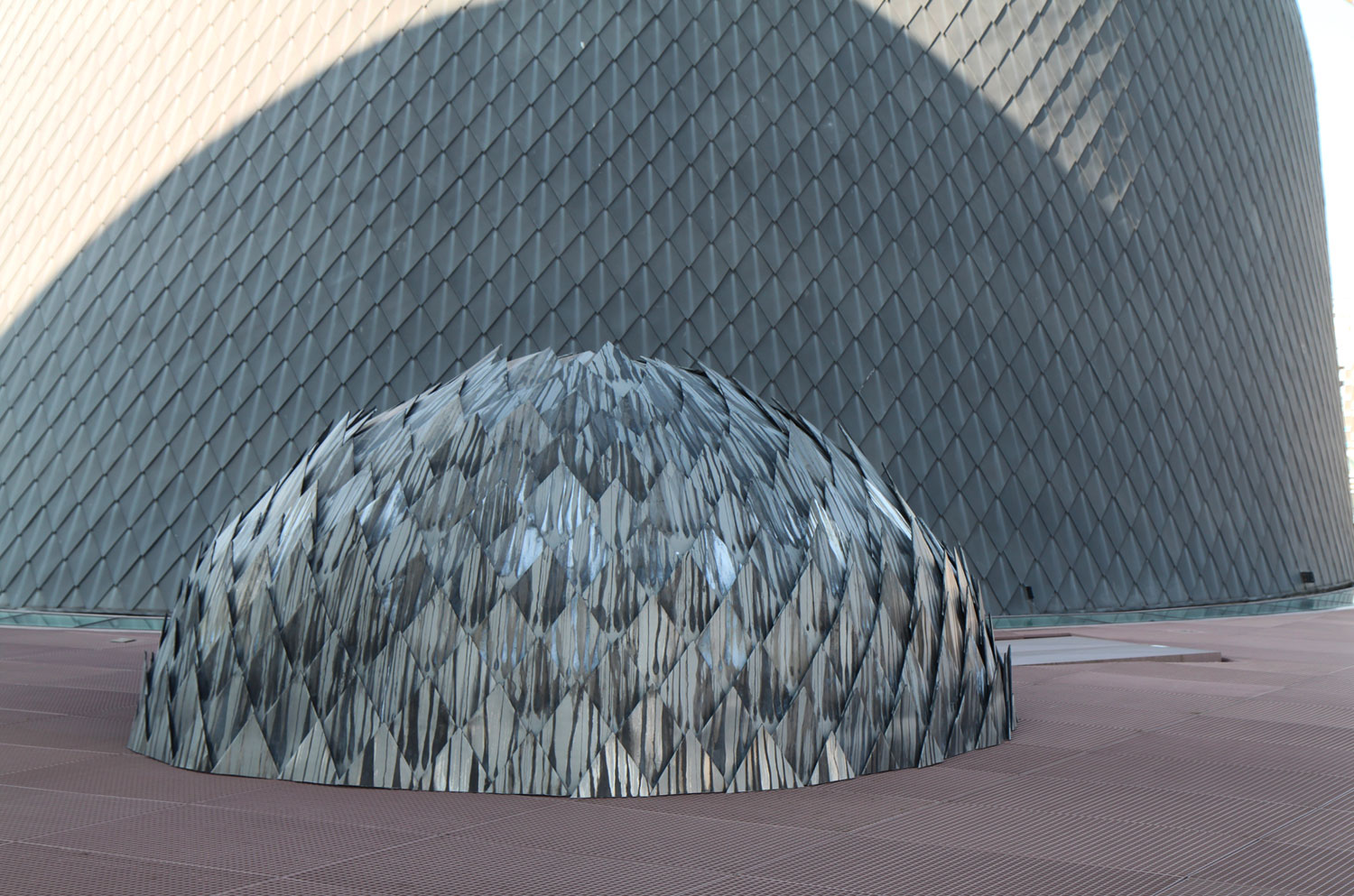