On invitation of 40mcube, Guillaume Pellay is doing a residency at the HubHug from April to June 2017. At the end of this residency, the artist will present a restitution of the work done during these three months and will perform a performance conceived especially for the occasion on Saturday, June 24, 2017 at 7:15 PM.

Guillaume Pellay handles painting – central to his work – with great freedom, which he accompanies with a performance, a video, a sculpture… Often linked to specific, everyday actions and contexts, it provokes back and forth between public spaces and exhibition spaces.

In residence at HubHug from April to June 2017, Guillaume Pellay is working on Link in Bio , a project that will take place on the side of the expressway between Rennes and Brest. During one of his travels, Guillaume Pellay spotted and took a photo of a banner hanging between two trees with the words “Soon service station” written on it. This photograph, which has already been integrated into his work, gave birth to a project for a new banner, a painting, which will replace the first banner that has now disappeared but whose son still exists. 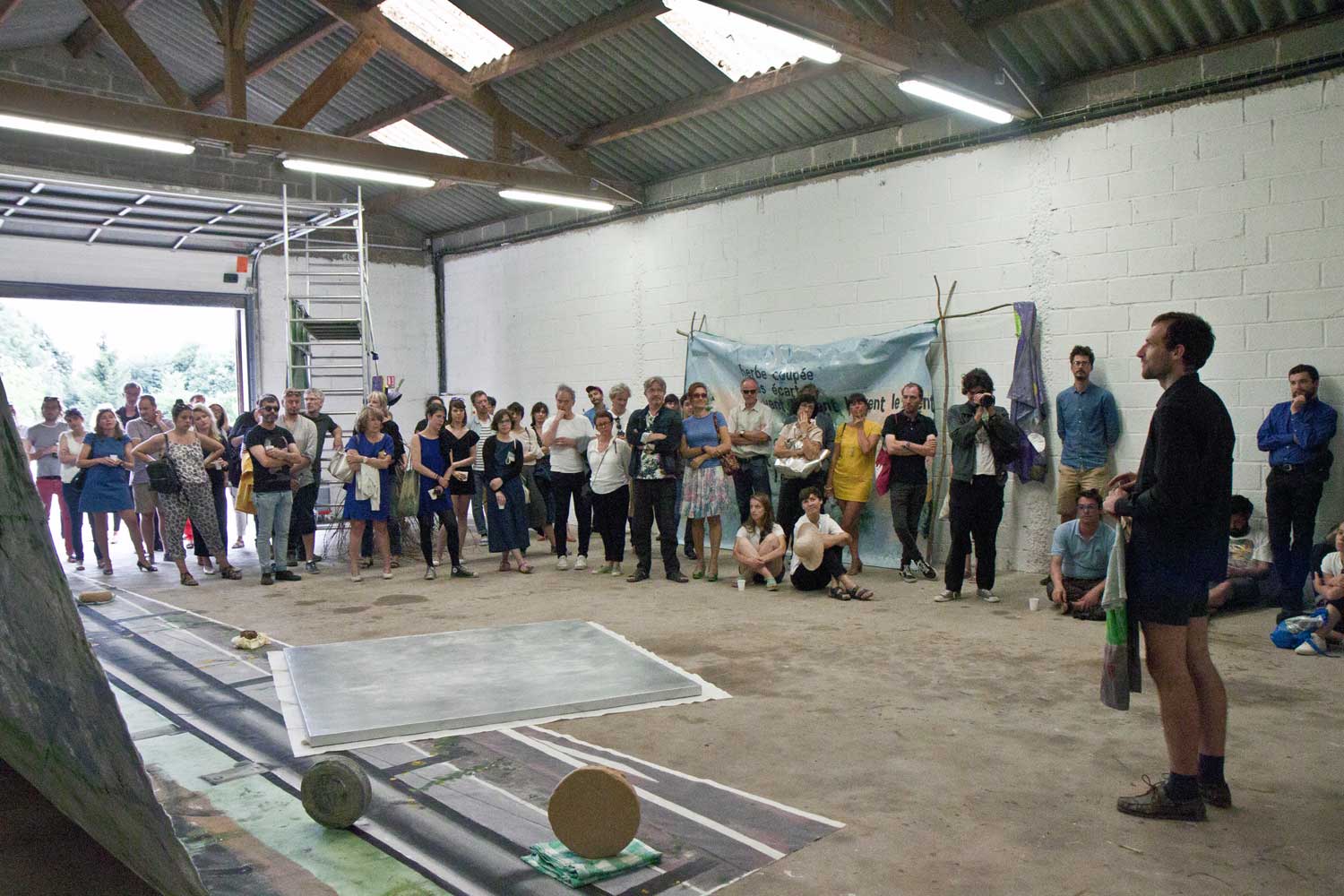 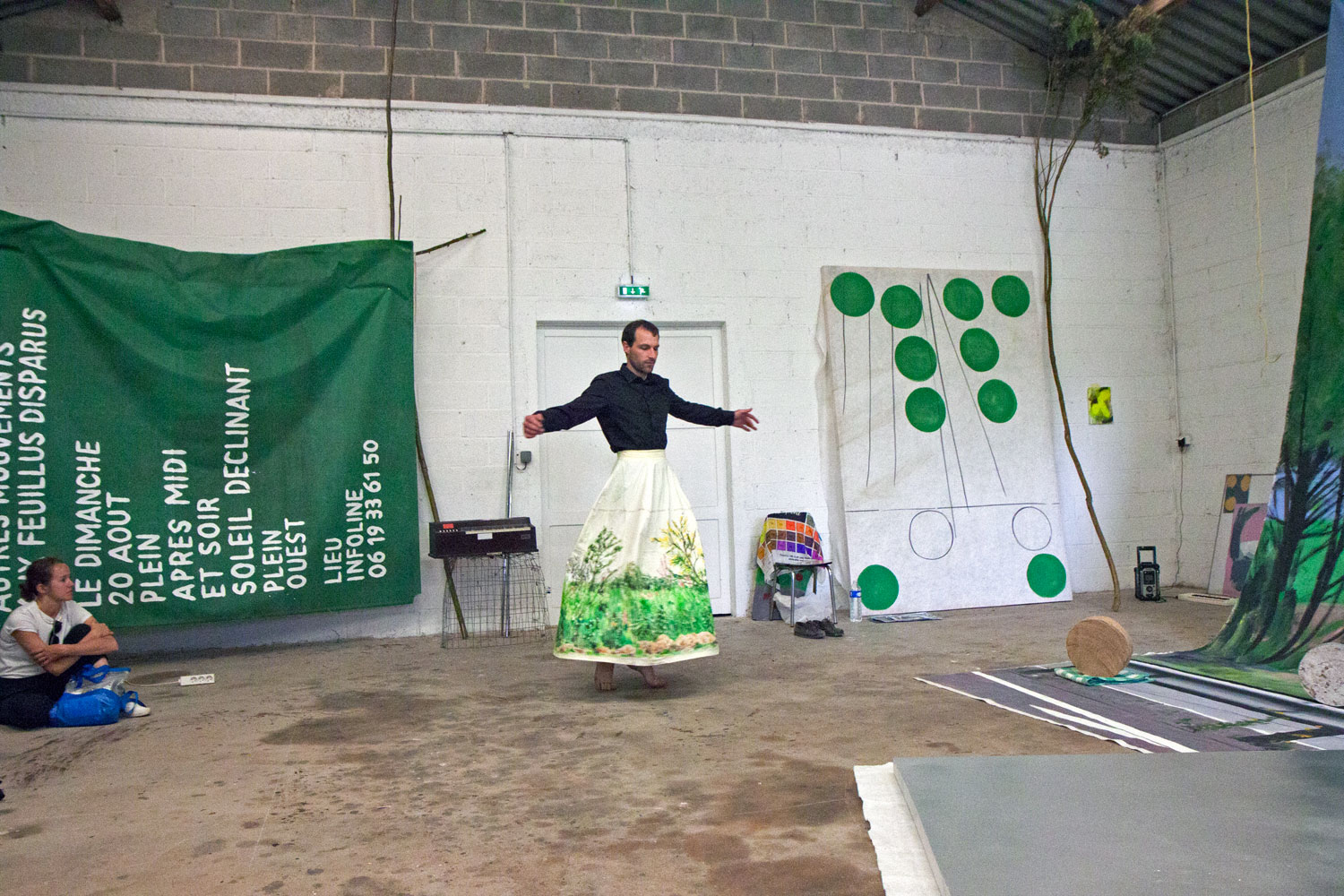 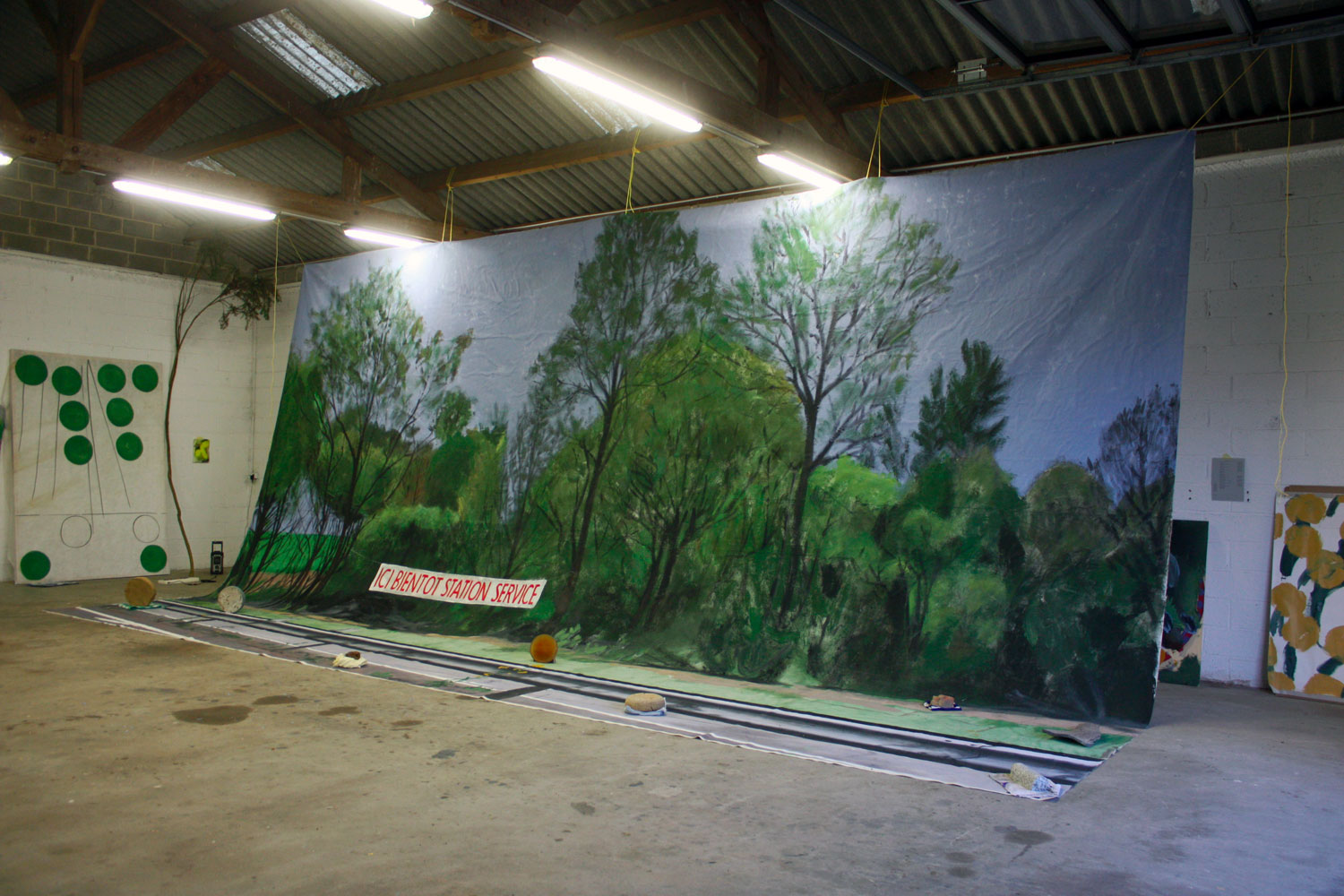 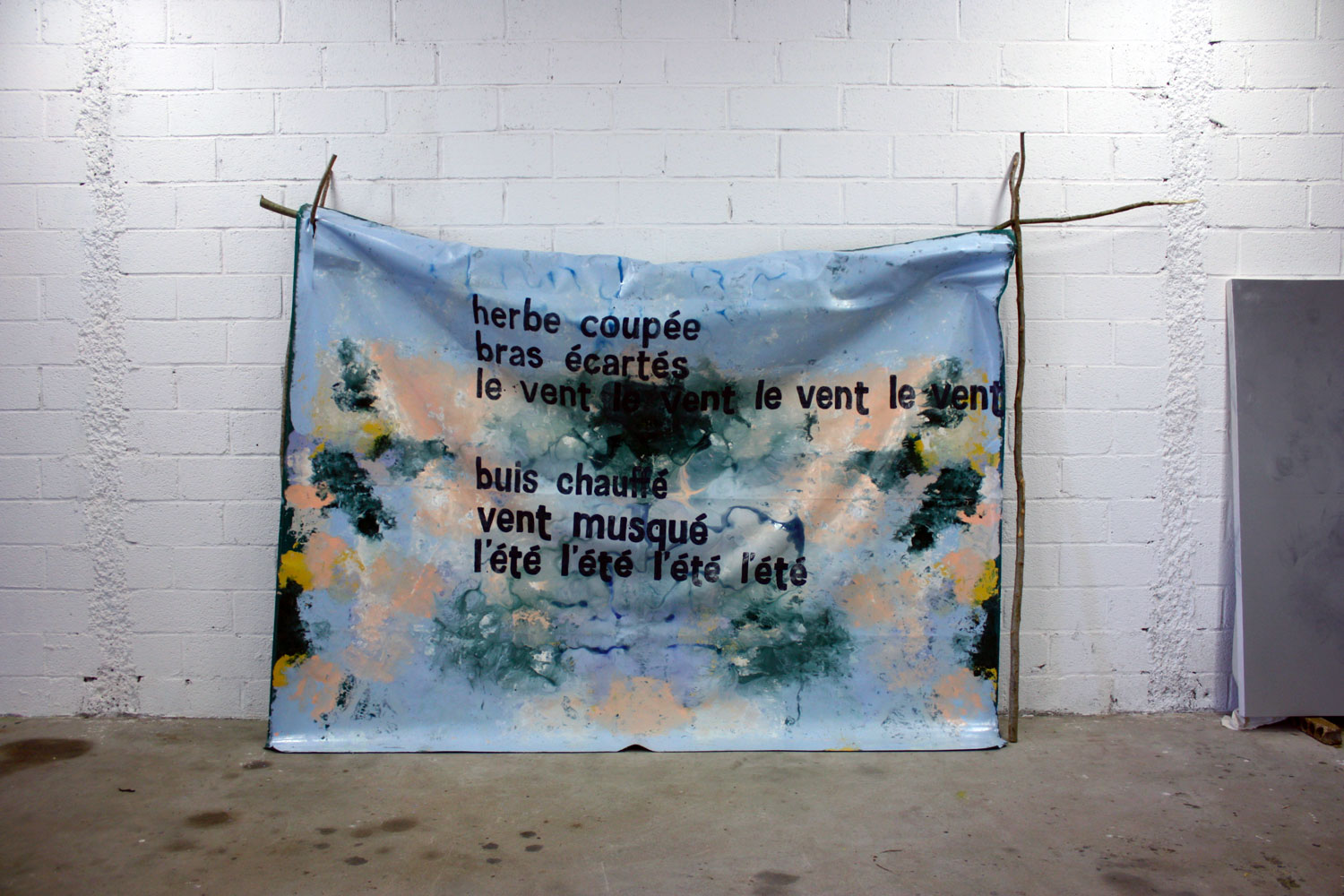 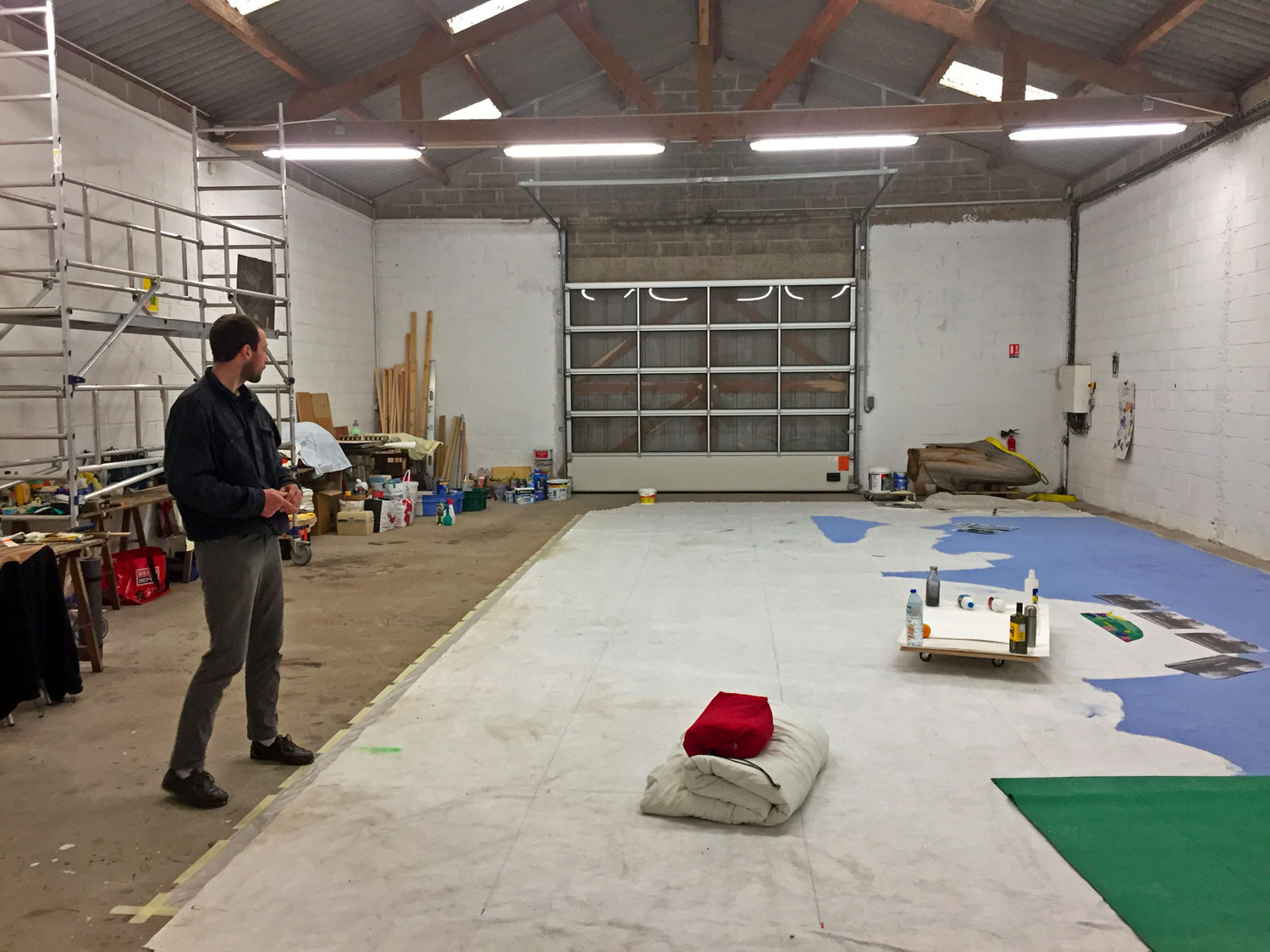