Work presented as part of the FIAC Hors-Les-Murs 2012.

Nicolas Milhé’s work openly deals with the symbolic forms of power, while at the same time summoning an aesthetic transposition that enables him to go beyond any univocal reading. Architecture thus becomes the target of many diversions.

With his new concrete and mirror arrowslit for the Tuileries Garden, Nicolas Milhé plays on a form borrowed from the medieval architecture of fortified castles as well as on the scale and representation of the landscape. Openings linked to defence and attack, the arrowslit are also related to vision since they allow you to see without being seen. The arrowslit reveals a vertical strip of landscape that changes according to the defensive position adopted by the besieged. Paul Virilio posed “this relationship between the function of the weapon and that of the eye […]. …] The sighting slit, like the wrinkle of an eyelid, narrows the visual field to the essential, to the target, with the aim of protecting the internal organ – in this case the man who is aiming – but this protection corresponds to an increase in acuity. With the narrowing of the technical pupil, we evacuate both the risks of shocks that destroy the human organ and also the uninteresting sides of the landscape; there is synesthesia: protection achieves acuity, and acuity, in turn, protects.” (*)
The addition of the mirror to the face of the sculpture makes this scopic arsenal more complex. Taking up the most constant instrument of Robert Smithson’s aesthetics, Nicolas Milhé conceals the massive presence of defensive architecture by the reflection of the landscape facing it. He also summons certain projects by Dan Graham to put into abyss the posture of the observer who finds himself observed and immersed in the reflection of the alleys of the Tuileries Garden.

Text taken from an essay by Audrey Illouz on the work of Nicolas Milhé, 2011. 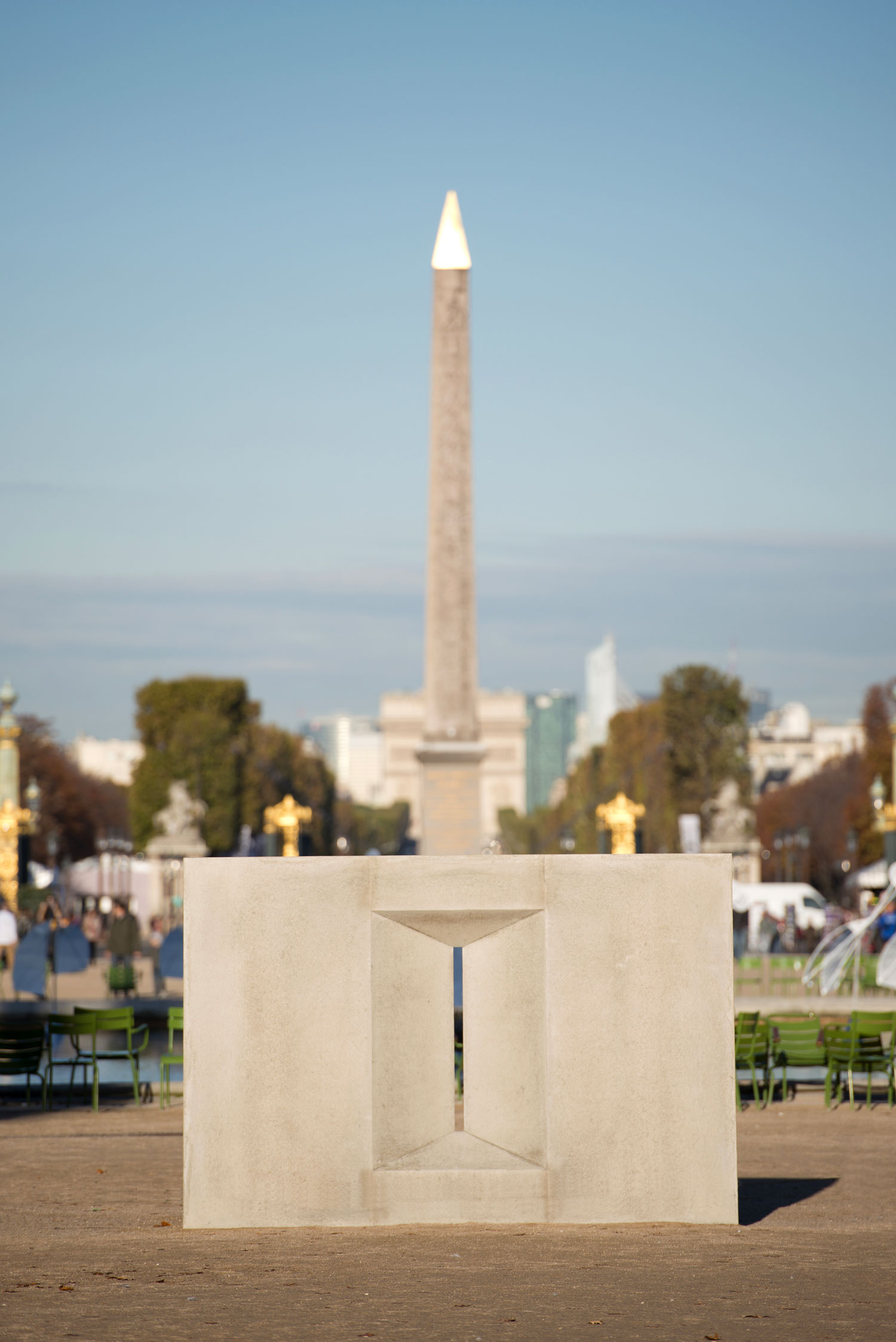 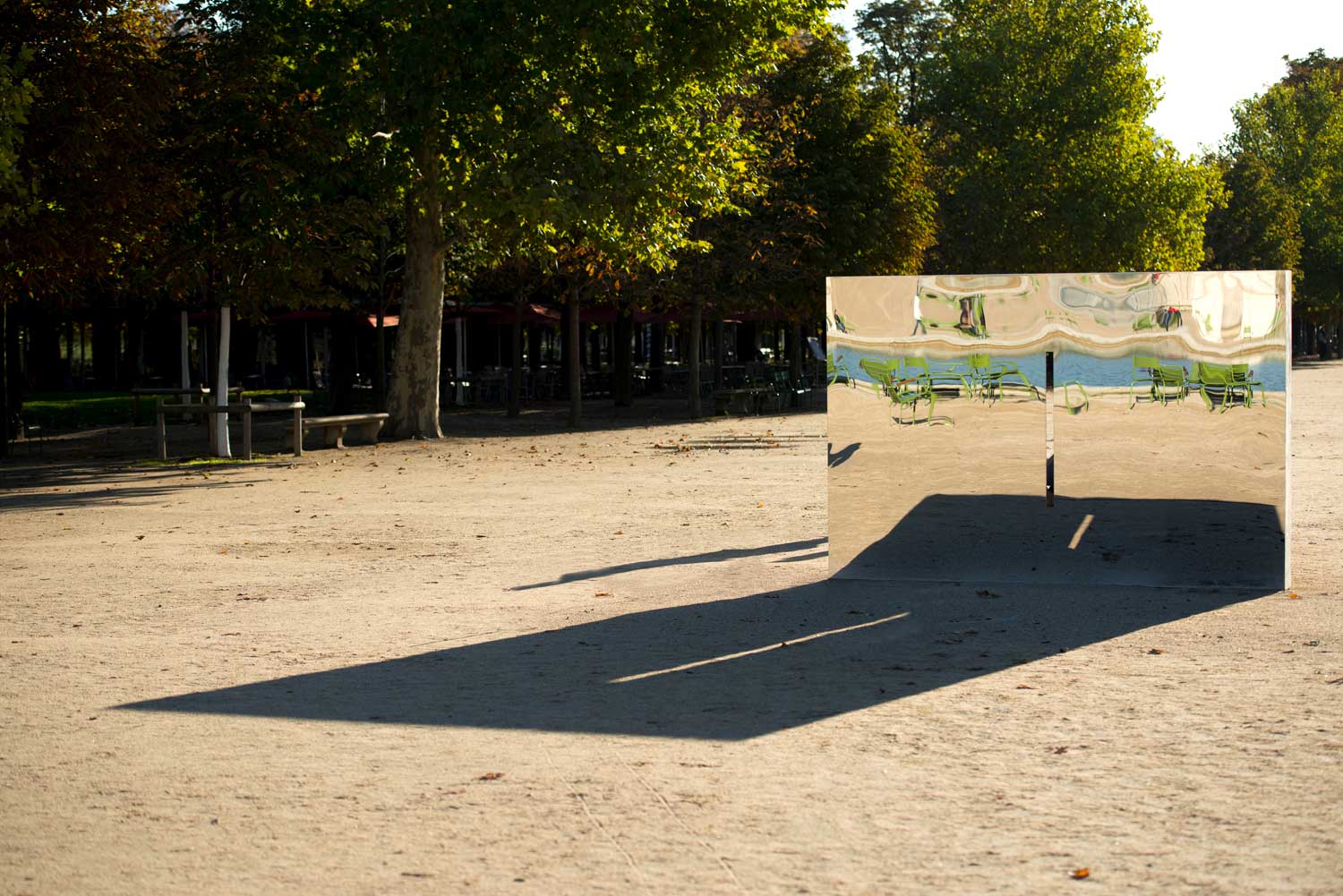