Patrice Gaillard & Claude create hybrid sculptures that seize on contemporary iconography, like sneakers, video clips, hit FM, and sunglasses. They also take an interest in companies and their codes of conduct, collaborating on the likes of company training programs, either alone or with other artists. In this way they are able to involve themselves not only in fashion, electronica, design and contemporary art but also in a company context. Their comings and goings between these different cultures help circulate forms that transcend place and presentation.

At 40mcube, Patrice Gaillard & Claude expand on graphic and sound aesthetics from televised media and radiophonics at the same time as they exhibit archtypal multimedia. This installation is comprised of existing objects (parts of a stereo) that the artists modify and play with, amplifying the design and sound capacity. While the stereo becomes a sculpture, it still retains its primary function as a radio. The rhythm of the music goes along with a video projected behind the stereo.

In this way the sound determines the physical and visual part of this installation with each component dependant on the previous one. This works plays off of a direct relationship between form and purpose, the concrete and the abstract. On the one hand it serves as its own way of broadcasting –the stereo– while on the other it serves as a retreat from the materialisation of media by using the video. The televisual style, taken out of context, is given autonomy and is used to portray graphic patterns whose purpose is largely aesthetic. 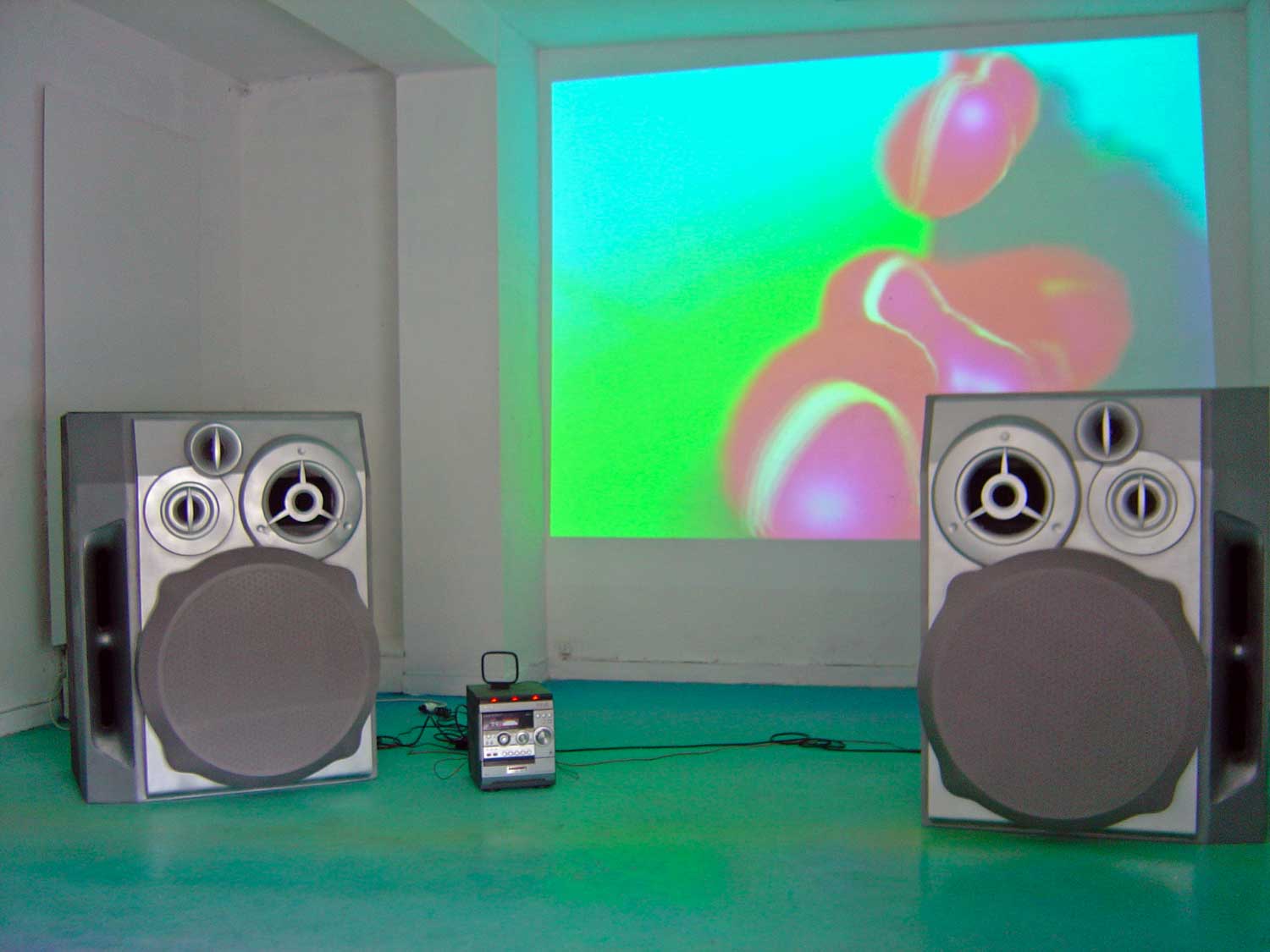 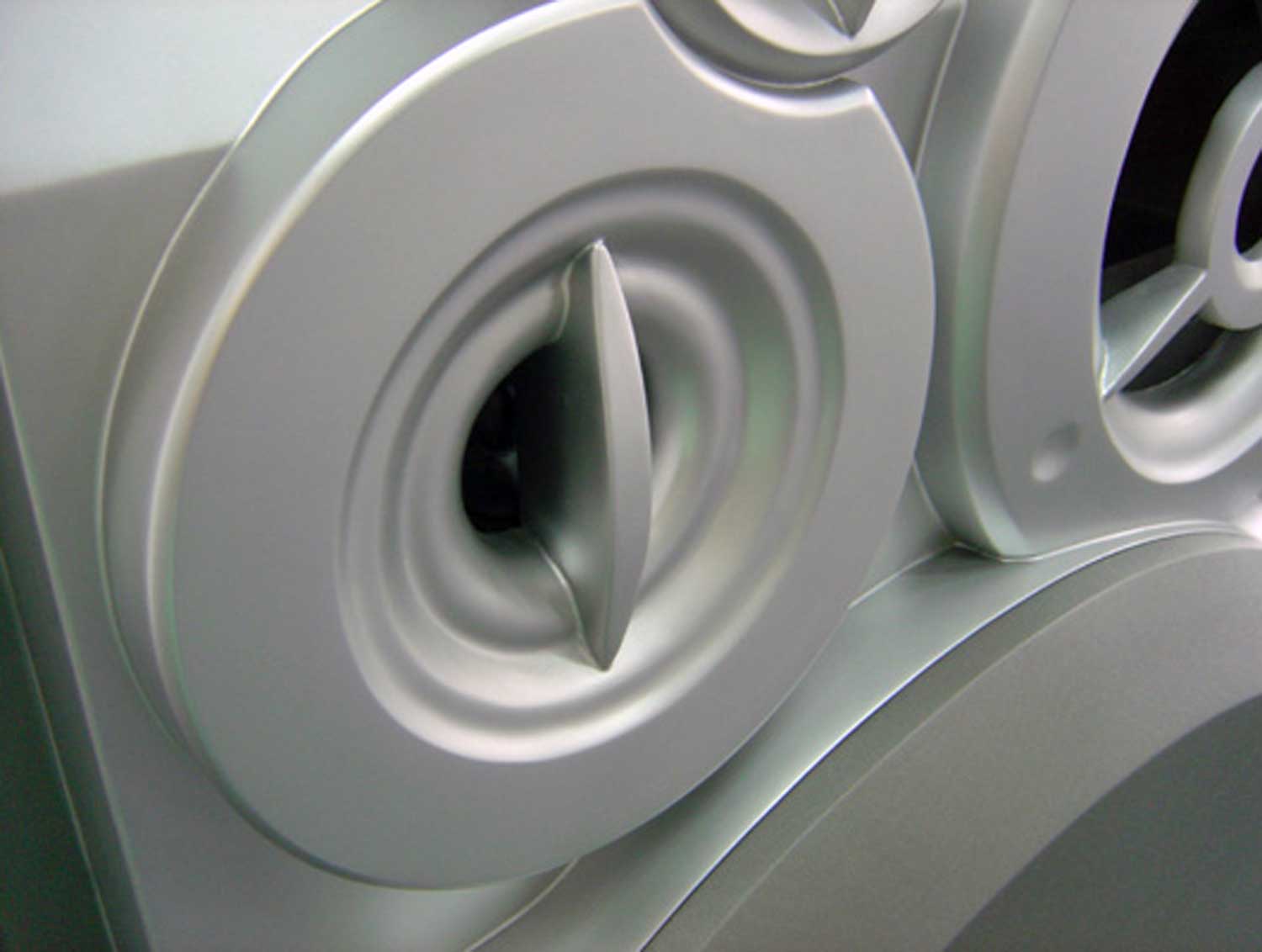