For his exhibition The Relative Size of Things and the Vertigo of the Infinite at the Champs Libres at the invitation of 40mcube, Benoît-Marie Moriceau presents an installation in the building, and a large-scale intervention in the public space, visible from the library.

In the library of the Champs Libres, Benoît-Marie Moriceau took the decision to overdetermine the point of view by acting directly within the urban landscape. If it is not a question here of an exceptional panorama such as a breathtaking view of a mountain range, a megalopolis or the sea, it is nevertheless a question of taking advantage of a wider view of the city. To intervene on the scale of an urban area is to experience the capacities and limits of our vision. It also means confronting the rules governing the occupation of public or private space and defining an infiltration strategy that produces poetic meaning. 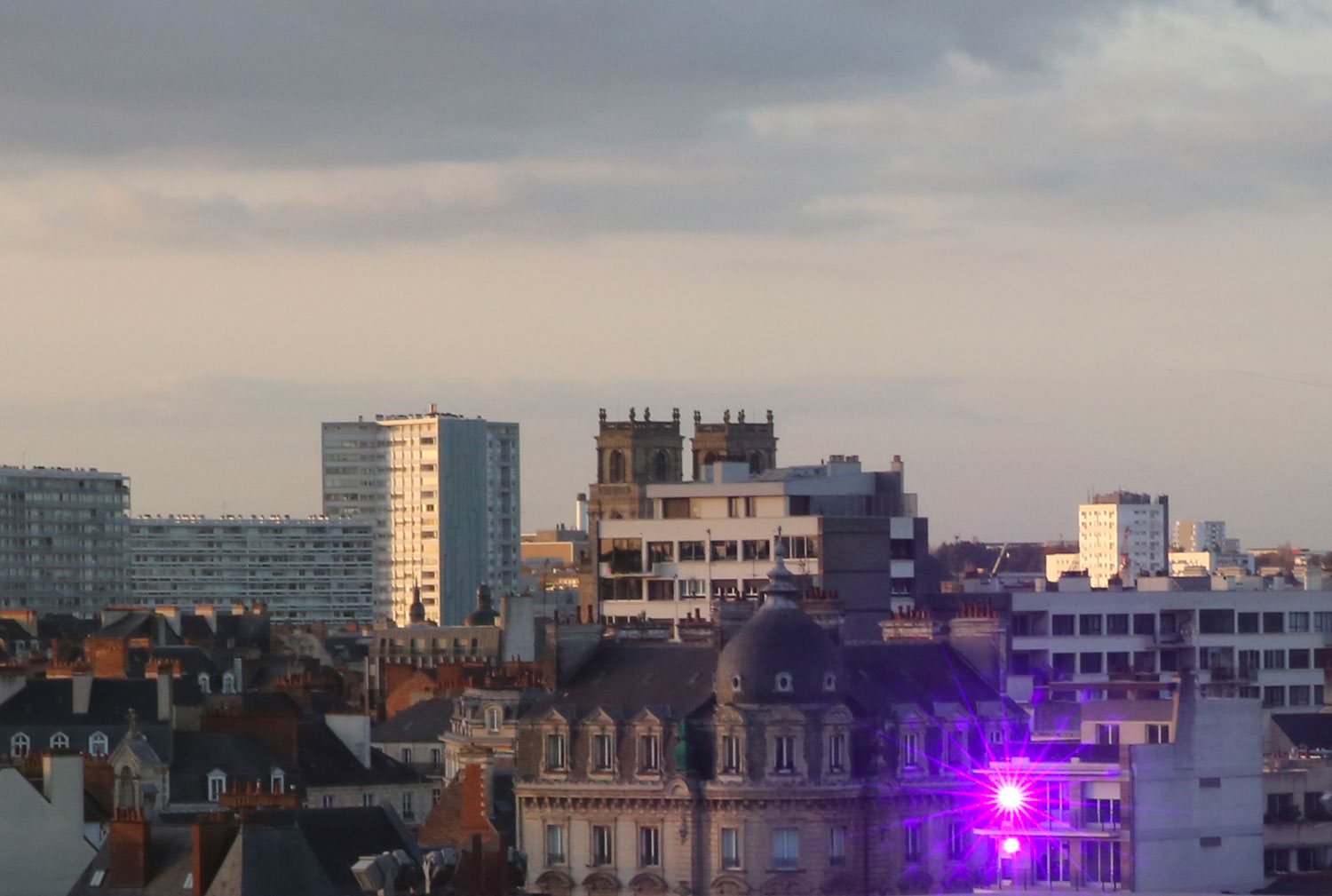