This exhibition is part of the program Suite initiated by the Cnap in partnership with the ADAGP.
With the support of the Cnap, the ADAGP, the Copie privée, the french ministry of Culture, the Institut français, the City of Rennes, and Rennes Métropole.

Crossroads is where we meet: Three French artists Hélène Bertin, Éléonore False, Ingrid Luche undertake the classic trip to the land of all myths, Athens where the artist Malvina Panagiotidi, joins them to further the exploration on rituals, rites, myths and processes of othering. This crossroad is safeguarded by Hecate, the Goddess of Crossroads and protector of the travelers who stands for in-between worlds, magic, witchcraft, ghosts, necromancy etc. Hecate was often represented as triple-formed, with three bodies standing back-to-back, probably so that she could look in all directions at once from the crossroads. Because of her polymorphy and ambivalence, she encourages us to embrace alterity and plurality.

In 2019, as a part of the Suite program initiated by the Cnap, Centre national des arts plastiques with the support of ADAGP, the French society for the collection and distribution of copyright in the field of graphic and plastic arts, the art center 40mcube brought together in Rennes the artists Hélène Bertin, Éléonore False and Ingrid Luche in a collective exhibition under the title Bertfalhe, an invented word for an imaginary world that everyone is free to locate on a map. This exhibition consisted of works linked to a journey, to the discovery of cities and territories, showing an interest for new horizons, and a form of otherness. Éléonore False went to Japan, Ingrid Luche traveled to Los Angeles, and Hélène Bertin to Cucuron. In 2022, with this new iteration of the exhibition in Athens, a fruit of collaboration between 40mcube and Callirrhoë with the support of the Ministry of Culture, the Cnap, the ADAGP, the French Institute, the city of Rennes and Rennes Métropole, new links are formed between the practices of the aforementioned French artist and the Greek artist Malvina Panagiotidi that suggest another way of relating with each other.

On this occasion, Hélène Bertin presents a new work made at the very same place she dedicated her research for the exhibition Bertfalhe, her village Cucuron in the south of France, making a parallel between the wash-house, a public place set aside for the washing of clothes and a gathering space the local communities in the villages of France, and the idea of the Greek agora, a public space for Greek city-states for communal decision making.

Éléonore False’s mural installation is inspired by her time in Japan: she was interested in ceramics and textile techniques, architecture and she was curious about Ainu people who live in Hokkaido, one of the four main islands of Japan. In an antique shop, she found an old book with particular printing and binding techniques depicting European cities from an orientalist point of view. Falses maintains only the graphic element of the book. A moving effect is produced by arranging the motifs of the screen-printed and superimposed plexiglass plates. Moreover, she extends her work from the visual realm with a composition inspired by the 5 p.m bell, « goji no chaimu » in collaboration with the composer Nicolas Mollard.

Ingrid Luche presents works from the series Ghost Dresses, fabric sculptures ornamented with accessories suspended from oversized metal structures such as cloth racks. She draws her inspiration from her experience in Los Angeles, and in Silicon Valley in 2018. Luche collects images and objects related to the territory and its subsequent associations with cinema, technological innovation, desert landscapes and spiritual quests such as a burning house, a mural of Arnold Schwarzenegger, disposable headphones, a photo of a Richard Prince, a print of a canyon in the desert and a screenshot of a video of the popular youtuber and activist Nasim Najafi Aghdam.

The mythical Bertfalhe nurtures a new work by Malvina Panagiotidi: Using the electroforming technique, a metal forming process, she creates a sort of fragmented plural body. The newly formed copper sculpture is identical to the initial one in wax but hollow inside and translates into a ghostly presence. Her alchemical process, like the myth-making process, requires a precise ritualistic order of actions. Panagiotidi situates her practice in the crossroads of different fields such ethnology, sociology, cultural history, theosophy etc. that equally participate in the formation of a hybrid creature. 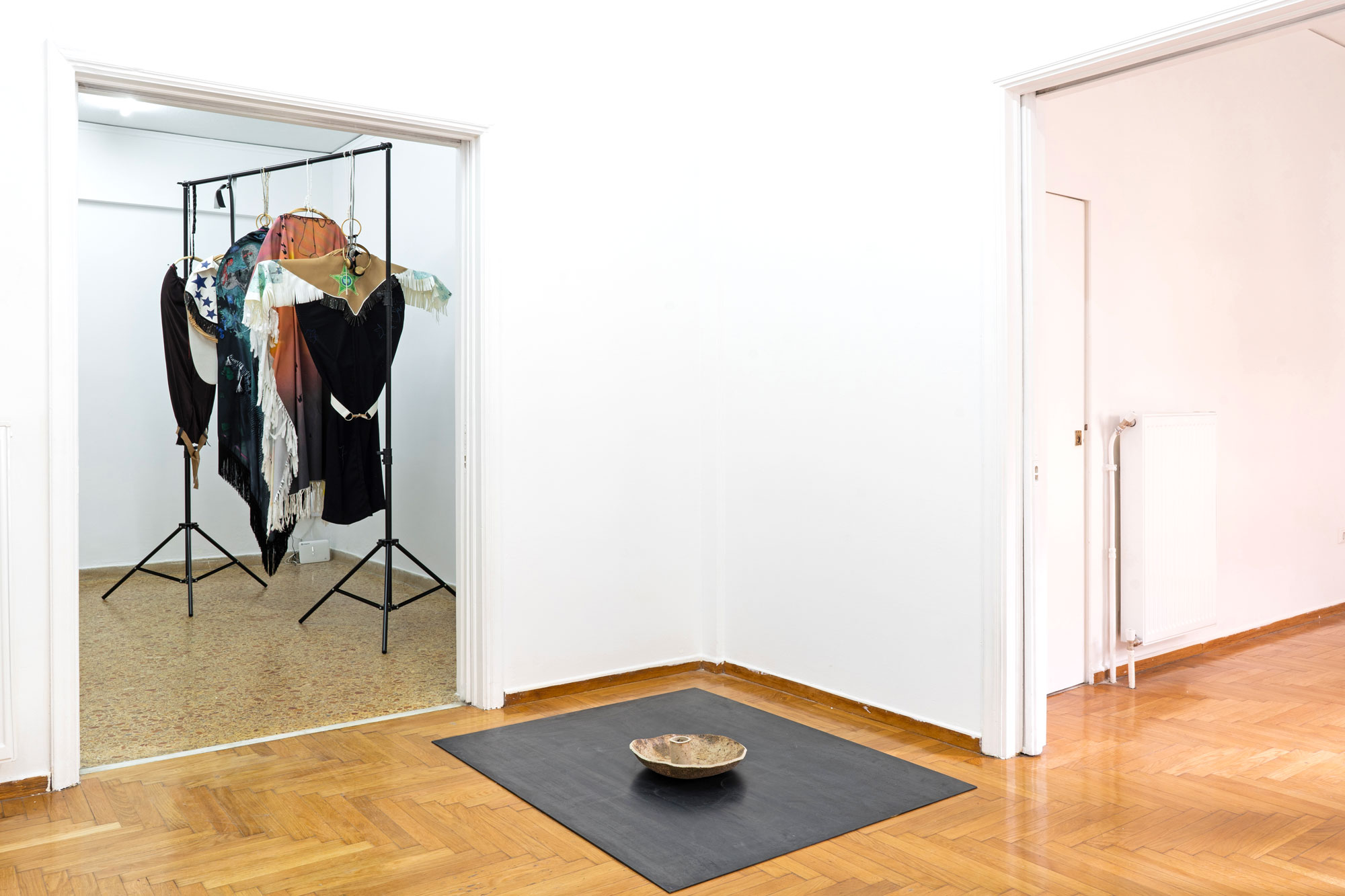 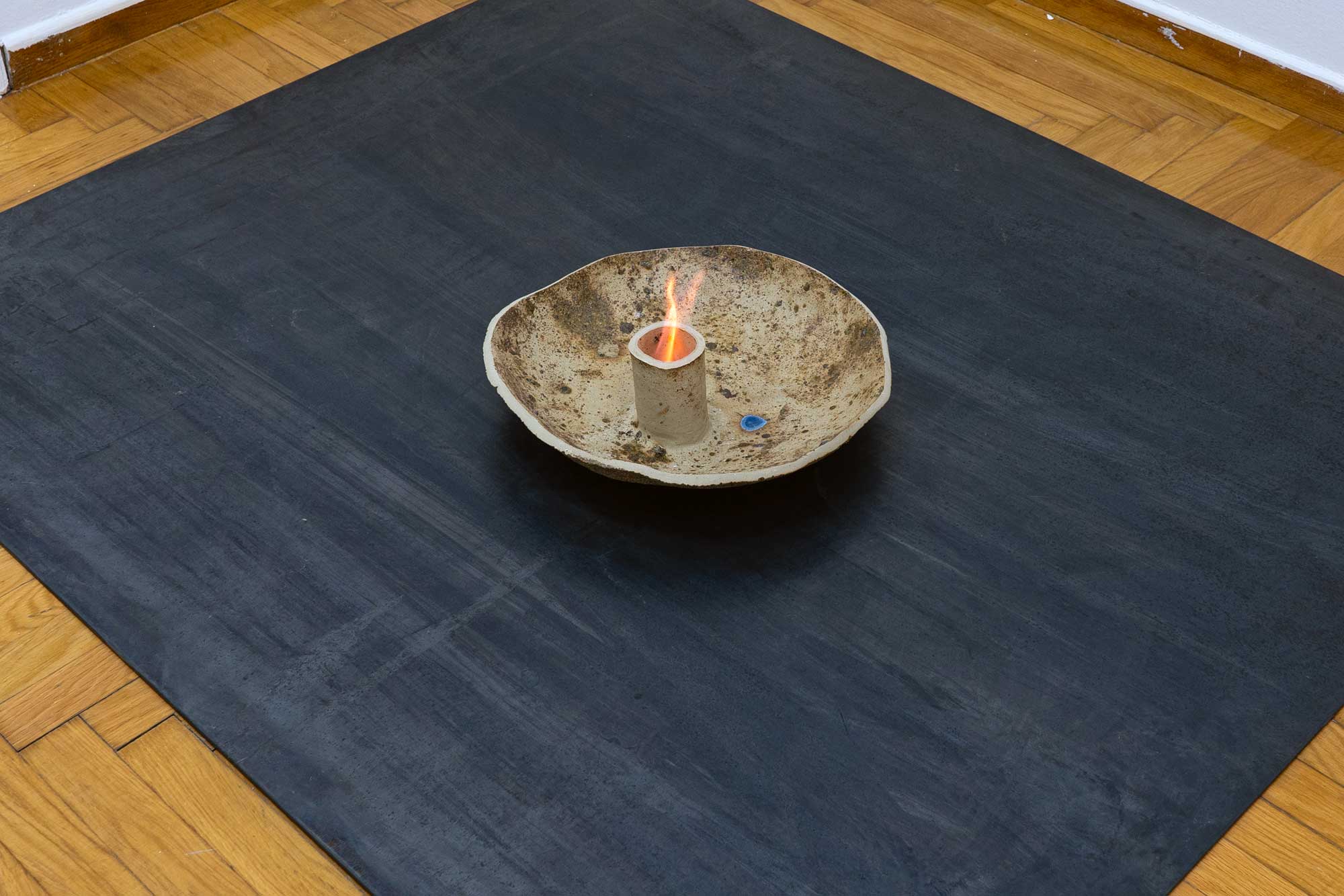 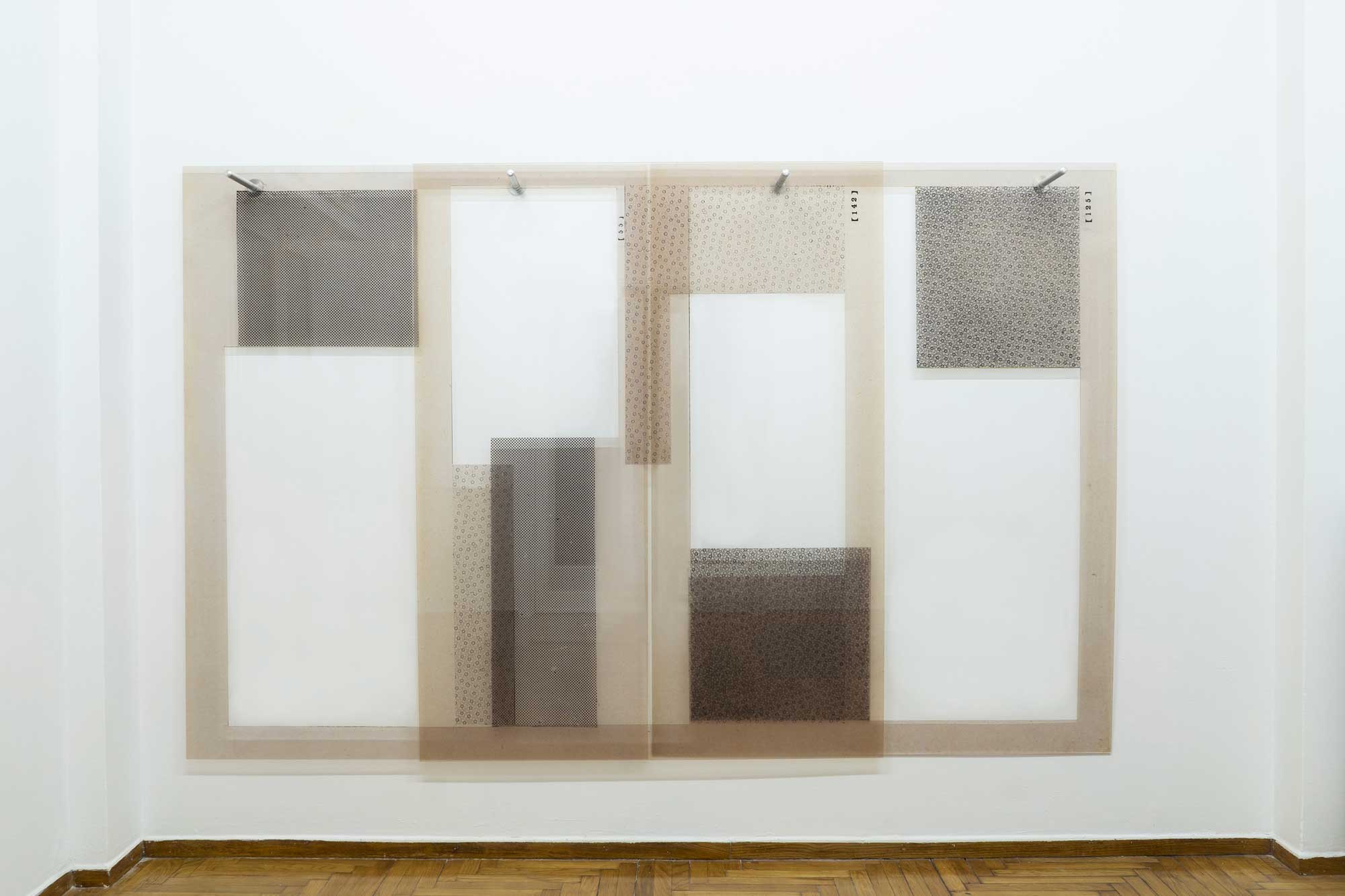 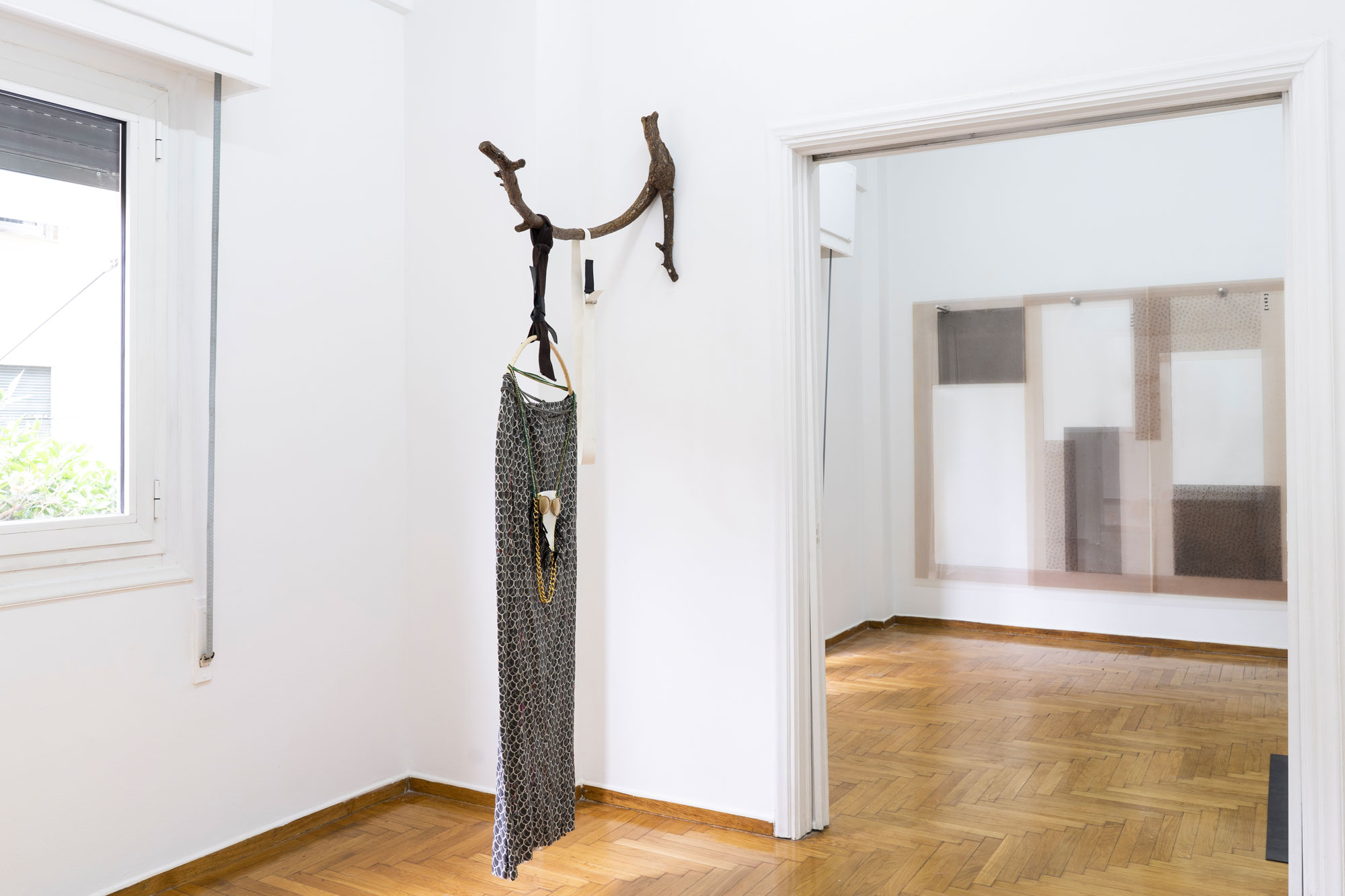 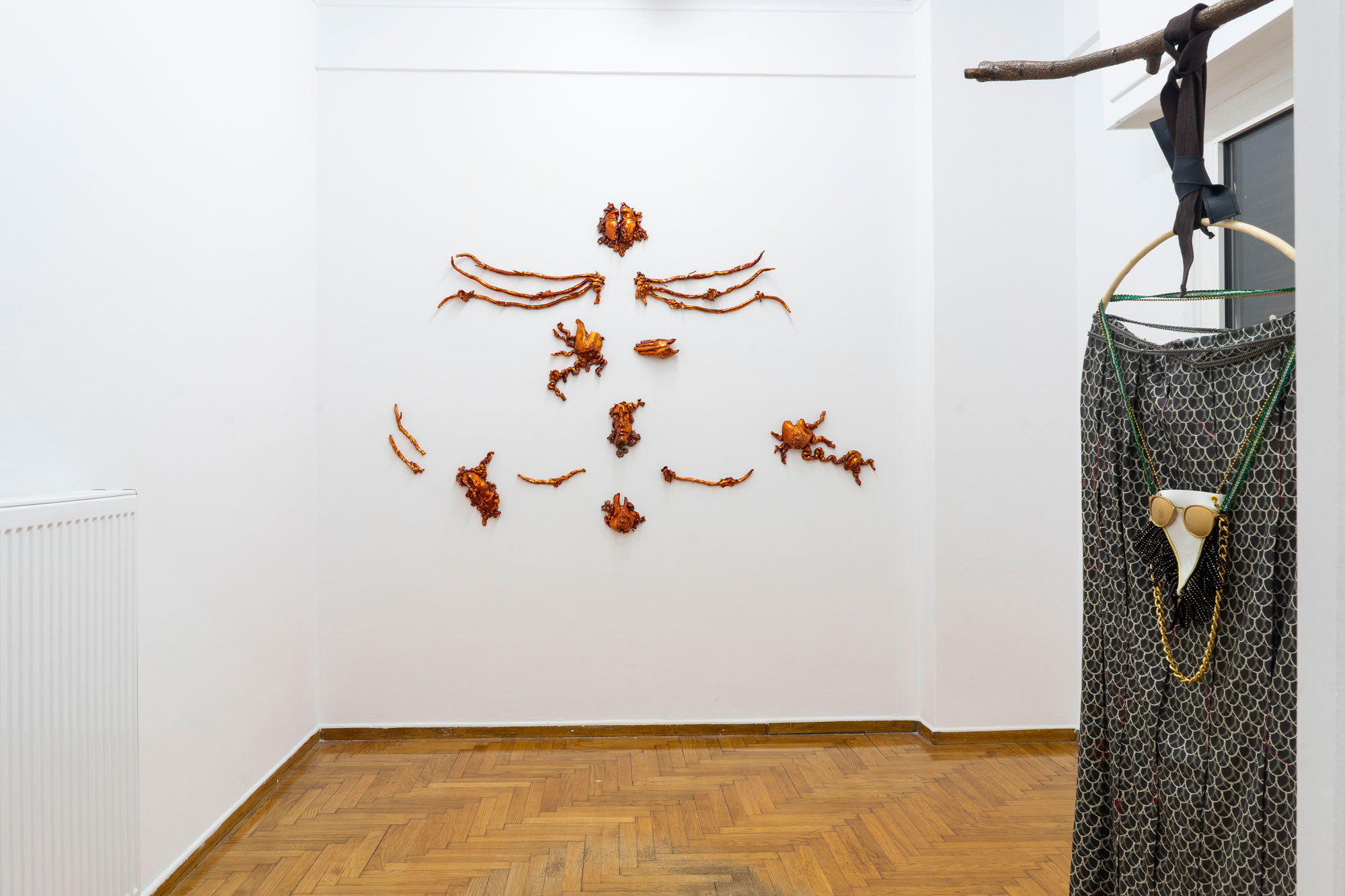