The exhibition Comme un ouragan gathers Anthedemos, Marie Boudet, Ines Dobelle, and Stanislas Paruzel. These four artists, who are following in 2021-2022 the GENERATOR program developed by 40mcube in partnership with the company Self Signal, present their respective works produced during this professional training.

The artists Anthedemos, Marie Boudet, Ines Dobelle, and Stanislas Paruzel, selected for GENERATOR #8, spent seven months in Rennes to develop their artistic practice, to produce works, to expand their network, and to learn the legal, administrative, and financial bases of their activity. At the end of this working period, they propose an exhibition showing their works created simultaneously and side by side during these last seven months.

Anthedemos is a graduate of the National Superior School of Art of Paris-Cergy. Her work is mainly articulated around performance, during which she brings together texts, music, videos, props and costumes. She constructs pseudo-mythical narratives filled with magical realism. The various mediums which are assembled there constitute worlds which overlap and communicate, and that are opened by figures in transition in a blur of the limits, hybrid characters, queers and soft monstrous. They seek the metamorphosis.

Marie Boudet is a graduate of the Annecy Alpes School of Art. She writes stories, distorts canonical images and considers their malleability. She manipulates closed and narrow narrative norms until she makes their constructions blatant and joyfully accessible. Incarnated in texts, sculptures, costumes or invitations, Marie Boudet’s stories are mostly activated in films, performances and performed events. Driven by the idea of the preciousness of intuitions and the survival of emotions in a time of ecological, social and emotional collapse, Marie Boudet constructs fictions, alone or in collaboration, but always in connection with other artists (actors, participants, interlocutors, etc.).

Inès Dobelle is a graduate of the Ecole Nationale Supérieure des Beaux-Arts in Paris. Having grown up abroad, she has developed an immense curiosity for the world and for other cultures. Her work is multiform, using a variety of mediums and materials. Hybrid forms emerge, revealing a haptic dimension. The body occupies a central part in her work. Through it, Inès Dobelle reveals a social and feminist dimension that captures and challenges traditions and norms, structures of power and domination, clichés and fantasies, and where humor is revealed as a tactic of resistance.

Stanislas Paruzel is a graduate of the Villa Arson in Nice. His video fictions mix mythological elements and different modes of representation (real actors and computer-generated images for example). He uses the stiffness of computer generated images with a poetic and refined style. By mixing them with cinematographic images, he draws effects, virtuoso or tinkered, to create a constant impression of surprise. 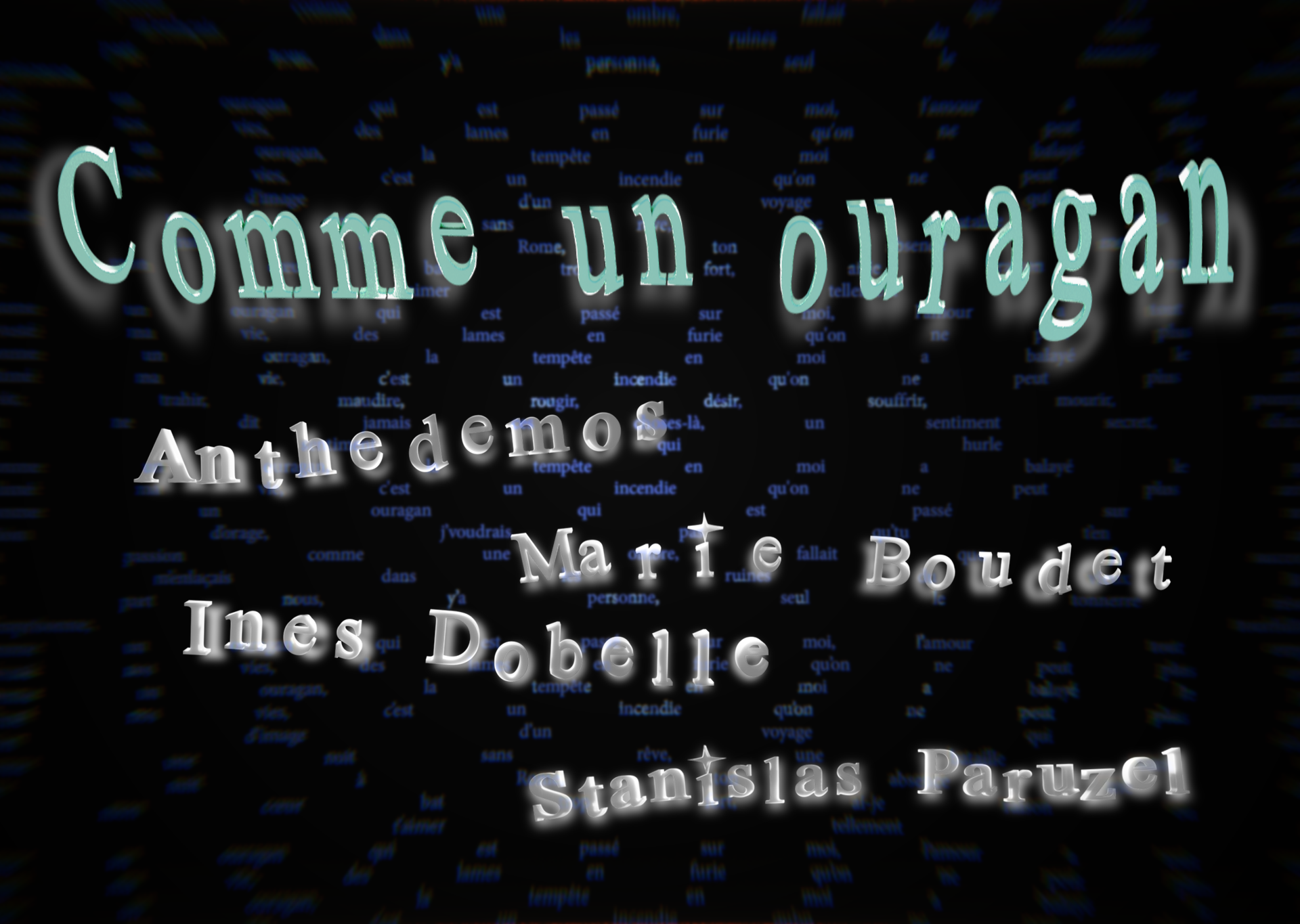