Sylvie Réno designs sculptures out of cardboard that resemble commonplace objects such as electrical outlets, furniture, weapons, an escalator, etc. She also replicates “fake” objects like, for example, a child’s futuristic toy gun. In contrast to the minute and precise fabrication of these smaller objects, Sylvie Réno is also capable of filling up large spaces, for instance by creating a vault or a robbery scene. She also creates art within her art by manufacturing her own studio out of cardboard and using the extra pieces of cardboard to make more artwork.

Her exhibit with 40mcube for Chantier public creates a parallel between artistic worksites and architecture or urbanism. Her piece occupies the entire Castle using both the history of the location as well as the idea of a construction site. She reproduces, always on a human scale, the elements of a construction site such as props, scaffolding and beams. Designed for the Castle while at the same time able to stand alone as art, these elements create an original universe to walk through. 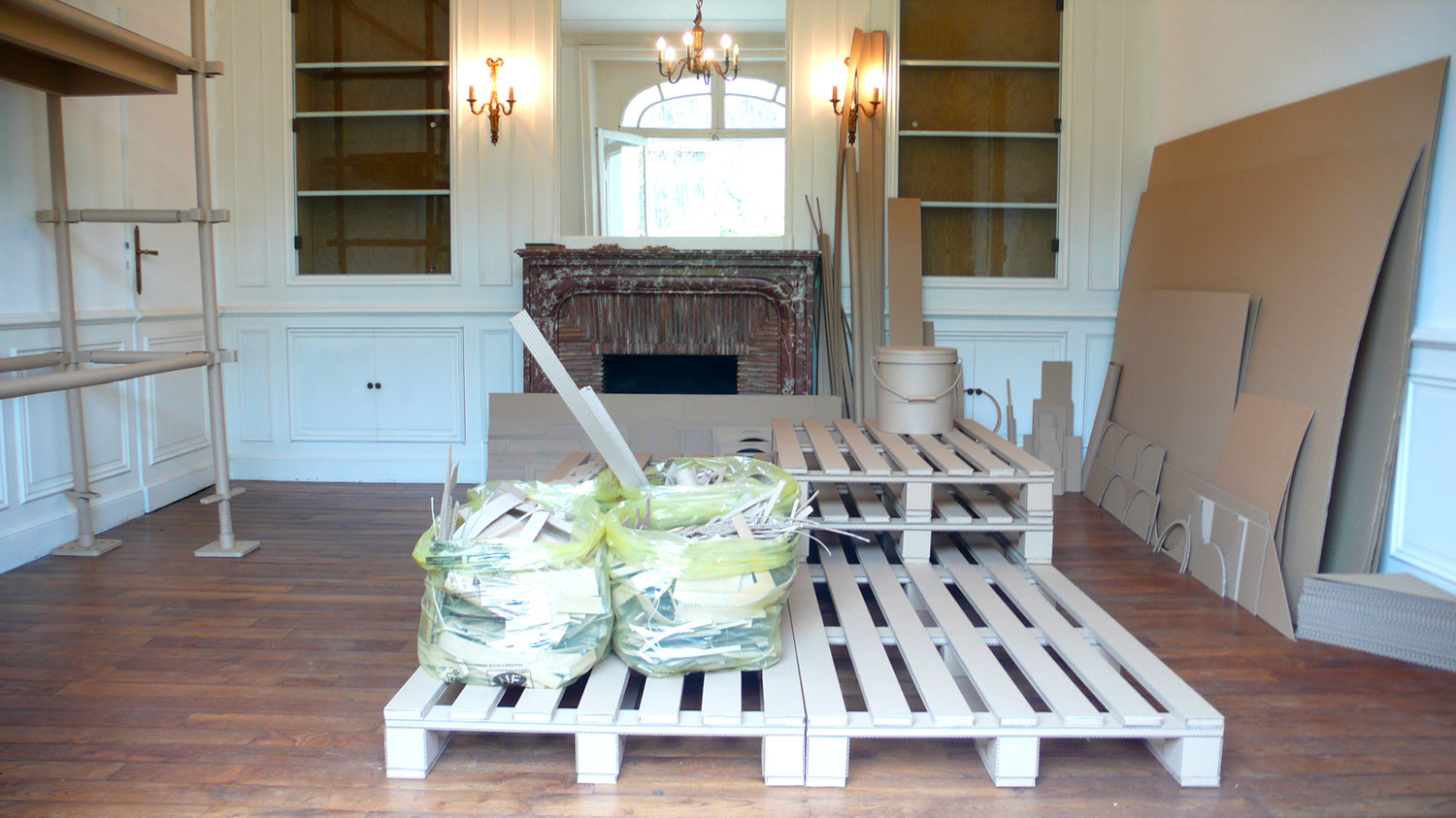 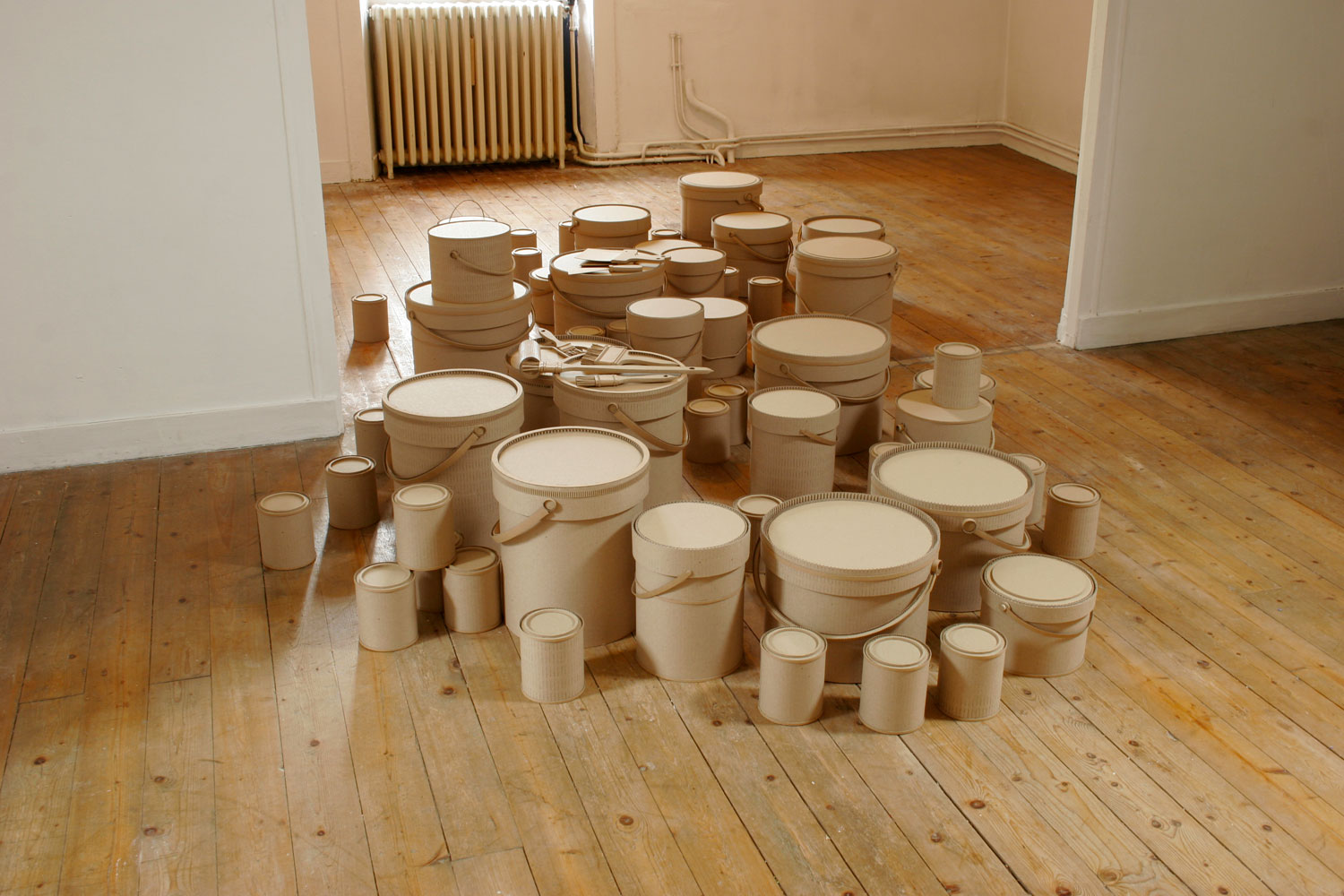 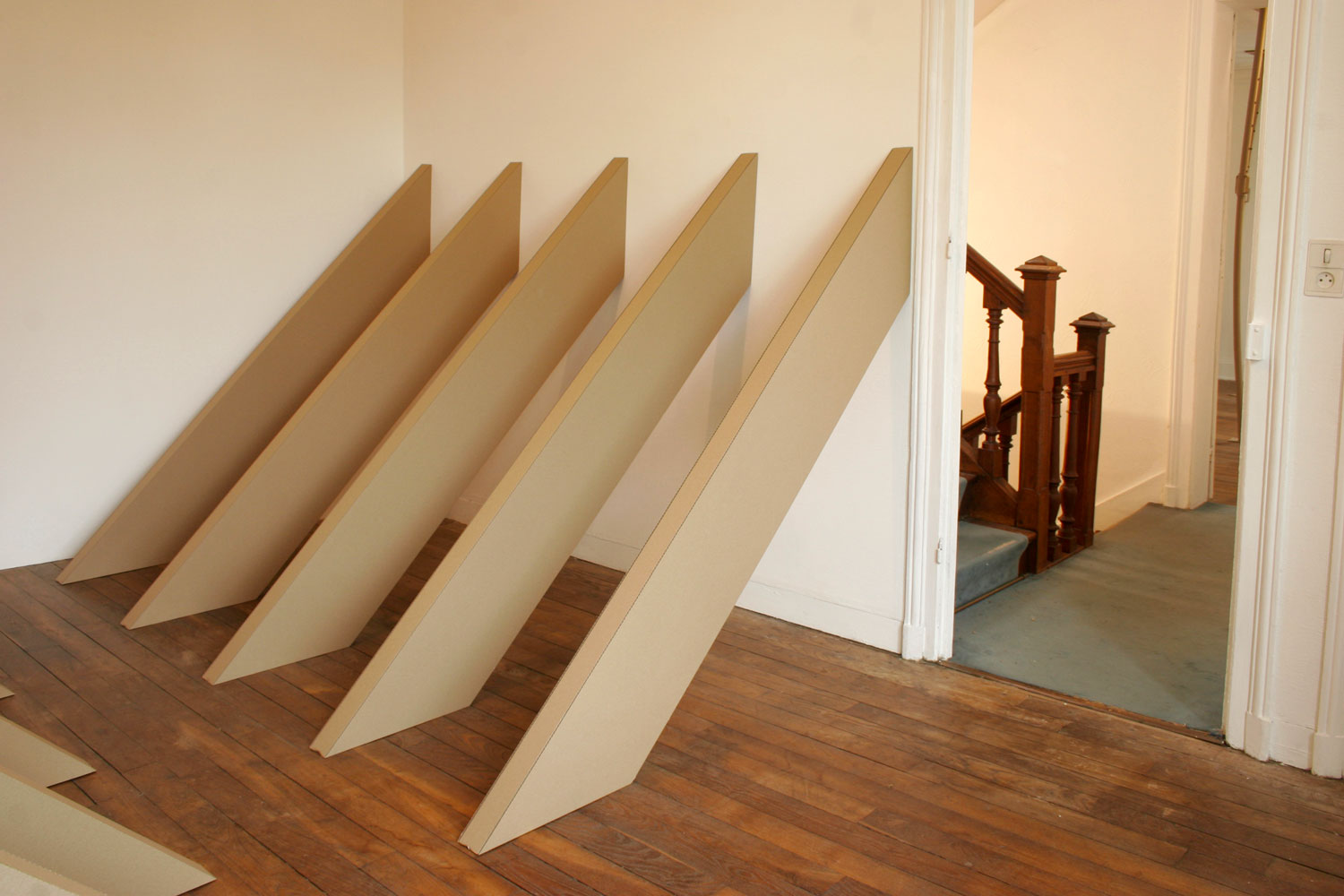 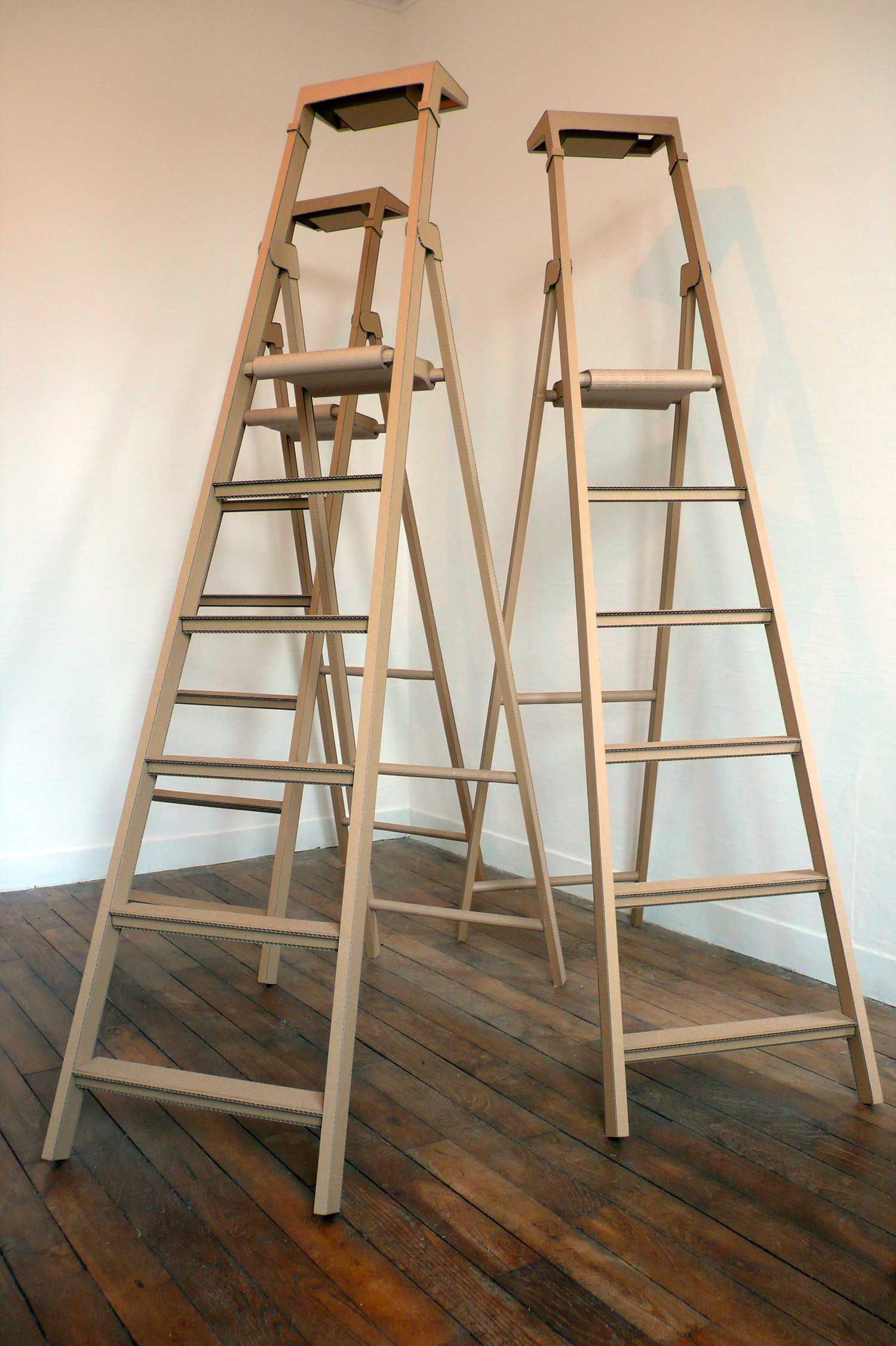