As Free As Ones Could Claim

Marielle Chabal creates fictions that materialize in multiple forms. If the text is the first concretization, there are other possibilities for the fiction to take shape: sculpture, film, photography, drawing… or exhibitions such as As Free As Ones Could Claim produced by 40mcube. It gathers documents, clothes, photographs, a model, a mosaic and two films telling the story utopian community of the Halmen and the creation of the city of Al Qamar in 2023.

The crucial point in the story From Halmens to Al Qamar, the chronicle of an emancipation, a crash and a collateral gentrification along the curves of the Judean desert is a historical event that occurred in January 2023: the Reset. The Halmen, a group of hackers, hijack the international monetary system by blowing up the backup centers of the world banking data. After a saturation of the capitalist system, this attack leads to an initial state of the economy from which a hope of renewal is born, allowing the hacker to create their community, to rethink the basis of social life and the design of cities.

The history of the creation of the Al Qamar community can be read in issue 4 of the magazine named RESET!, which can be consulted at the entrance of the exhibition. One can read a series of texts by Chloé Helle, Dahia Johnson, Lupe Velez, Dan Zeller, Zoheir Zattan or interviews with Soukaïna Ali Messiad, Fatoumata Bloomberg-Levallois, Armando Della Negra, Nelle Khristansten, Cédric Melville – characters whose names with international consonances are invented for the needs of story and behind which curators are sometimes hidden – as well as with the artists that Marielle Chabal has invited to participate in this adventure. If this magazine doesn’t really exist – there are no issues 1, 2, or 3, as there will be no issue 5 – it was actually published by the national art schools of Lyon and Bourges in 2017. Through these particularly dense interviews, the reasons for the foundation of this community, the creation of their city and their geographical location emerge. The refusal of capitalism, of a patriarchal society and of authoritarian urban design, as well as feminist claims, are the driving forces, and communitarianism is a consequence of them.

The texts and interviews published in RESET! are convincing and the reflection exciting, the reactions expressed by the characters are plausible and the choices coherent. But the exhibition As Free As Ones Could Claim takes a more distant and bitter turn. It sweeps away a certain number of aspirations, leaving room for a utopia that could be described as critical, as communitarianism generates exclusion and withdrawal. The relationship with space is symptomatic of a world that is both global and local. The history grows on a global scale, then anchors itself in Jericho, cradle of humanity and the scene of dramatic geopolitical and religious conflicts.

In addition to the relations between fiction and international history, Marielle Chabal creates numerous back and forth in time, marking the beginning of the Halmens in 2019 and situating the story that constitutes this exhibition at 40mcube in 2028. An omniscient view that transcends and moves us, and that creates a critical perspective for our future. The artist’s work also exists in her own time, and creates links between distinct forms produced for her exhibitions or during her residencies.

Marielle Chabal also creates a back and forth between written and plastic forms. Before writing the text published in RESET! magazine, she commissioned a series of sculptures from artists to design the buildings of the city of Al Qamar. The sculptures/architectures of Leïla Villeneuve, Matthieu Clainchard, Mathis Collins, Jean-Alain Corre, Aurélie Ferruel & Florentine Guédon, Pierre Gaignard, Aïsha Keller, Nicolas Milhé, Vivien Roubaud, Éric Stephany, Constance Tenvik, Samuel Trenquier, Camille Tsvetoukhine, Lucille Uhlrich appear in a model of this imaginary city and become the characters of one of the films screened in the exhibition. The music of those films was commissioned from musicians Lippie, Jeanne La Fonta, Jérôme Poret, Poomchak, Omerta, Louis Andrews, Jérémy Nicolas, Violette Lamarche, King Baxter, Godzilla Overkill. The artist thus implements in his work a collaborative principle that gives rise to an informal community.

From the text, she extracts elements such as a film, a model, images, which shed light on the story, and even make it plausible. Gathered in the exhibition As Free As Ones Could Claim, these works are exhibited according to classical museum devices such as the reproduction of a traditional scene where a Bedouin tent becomes the comfortable space for viewing a film that can be considered both educational and playful; the use of furniture as a showcase in which the costumes of the community of Al Qamar are exhibited; a model that presents the before and after of the Al Qamar site; and finally the presentation of archives, here posters of events organized by the Halmens. The artist tackles the complex question of the exhibition of the text and the readability of the narration. By compiling text, objects and scenography, she manages to immerse us in the atmosphere and aesthetics of Halmens story in Al Qamar. A story no one can predict the outcome.

1. 2. Marielle Chabal, As Free As Ones Could Claim, 2018, exhibition view. Curated and produced by 40mcube. Photos: Patrice Goasduff. 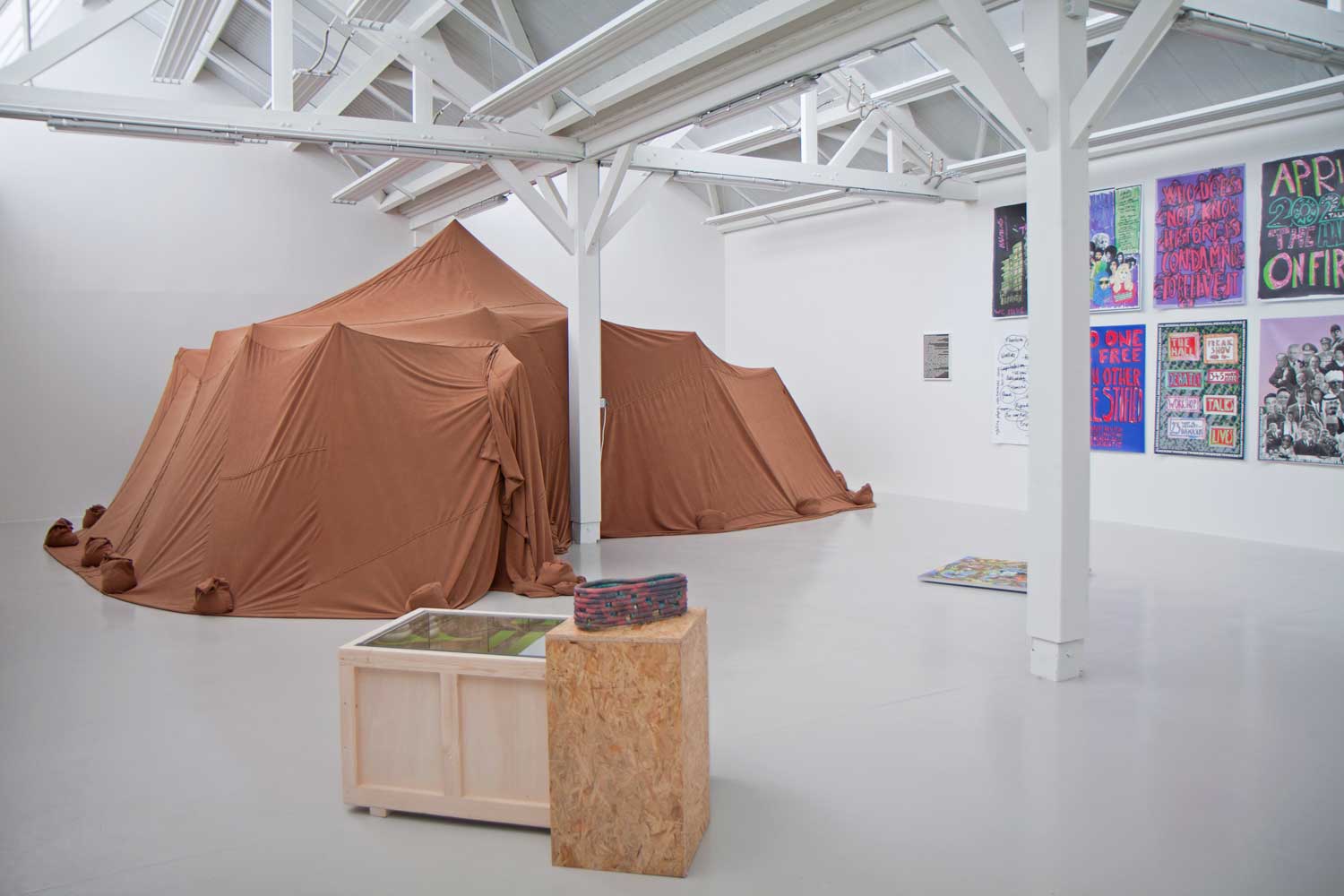 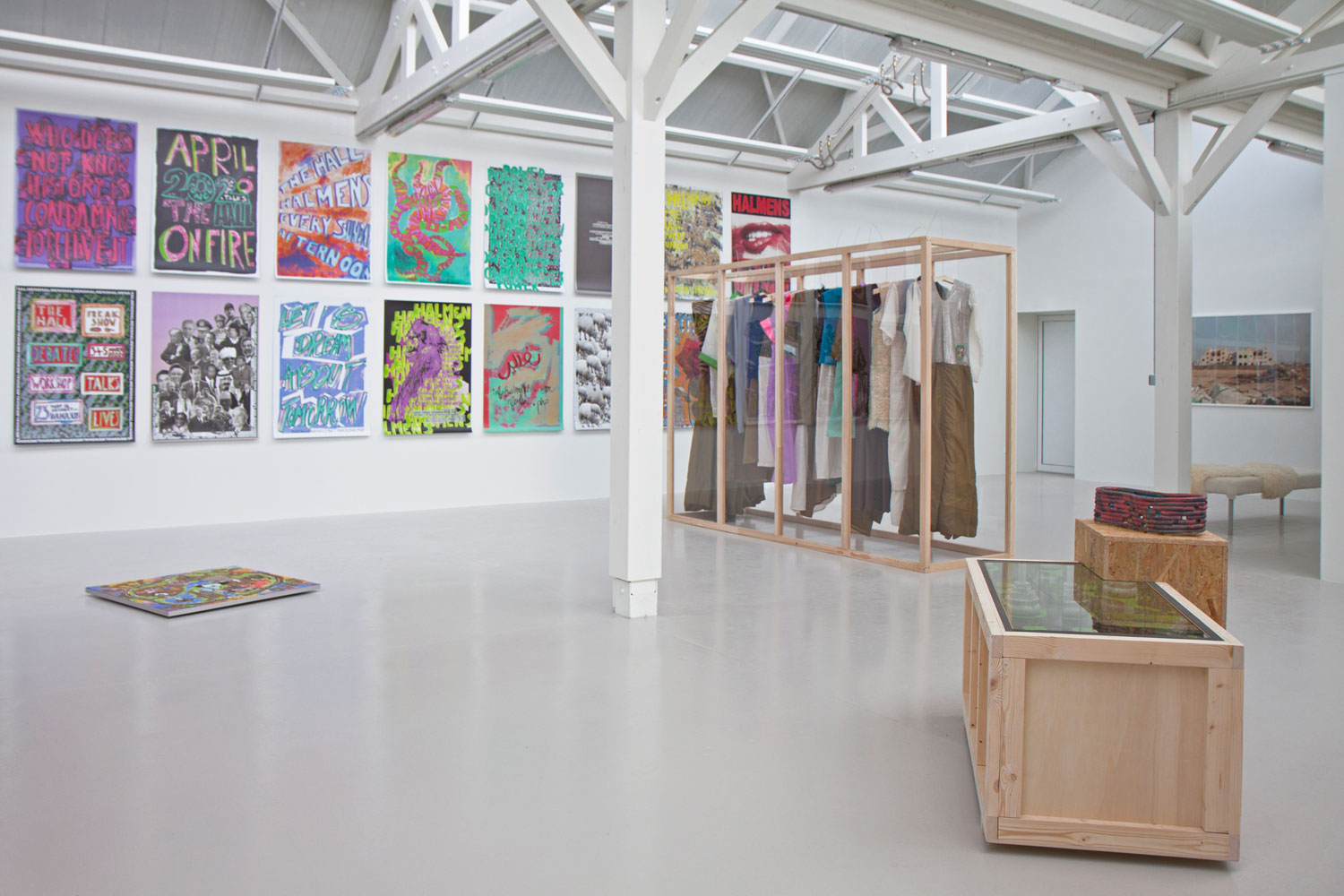 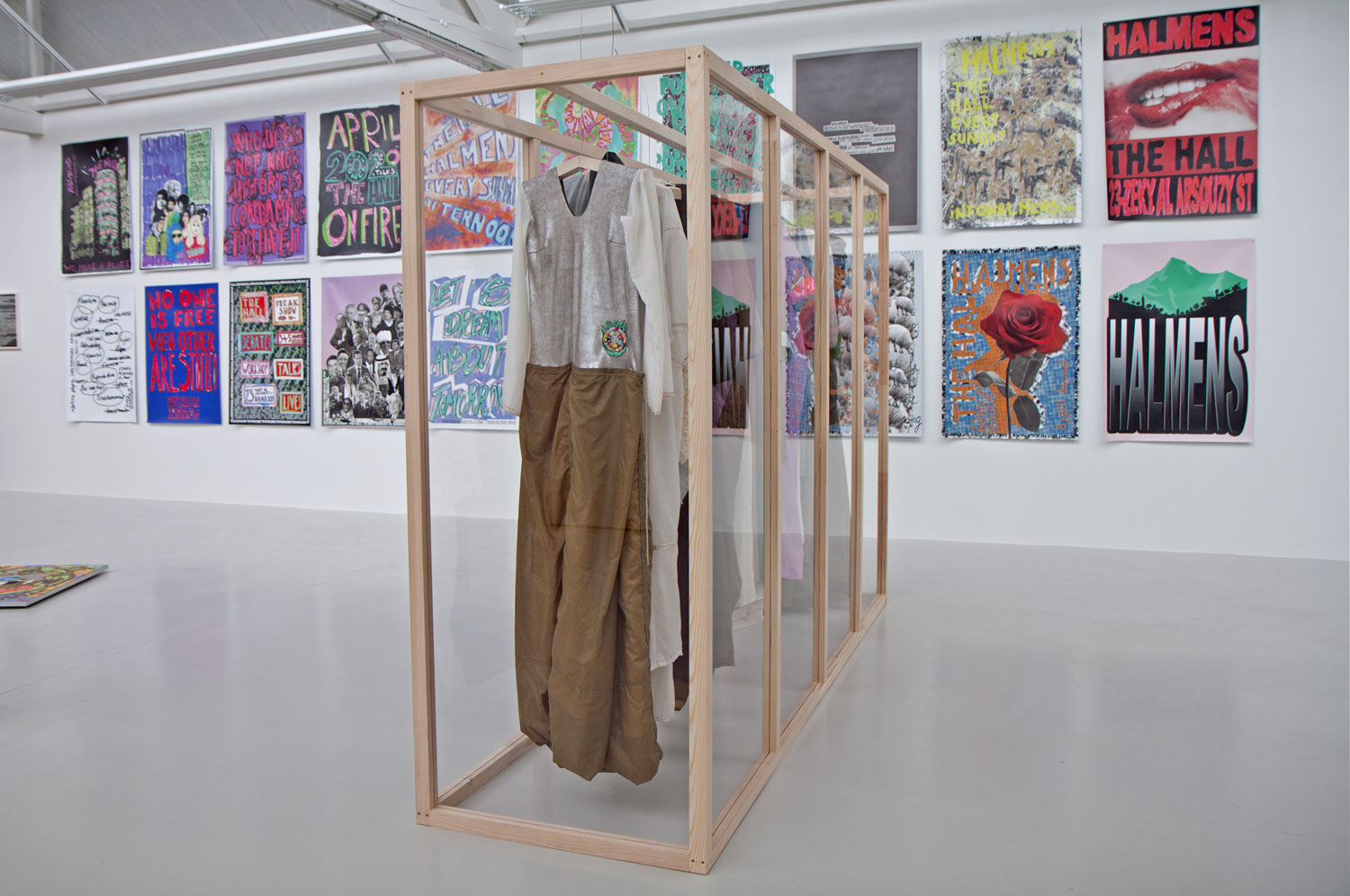 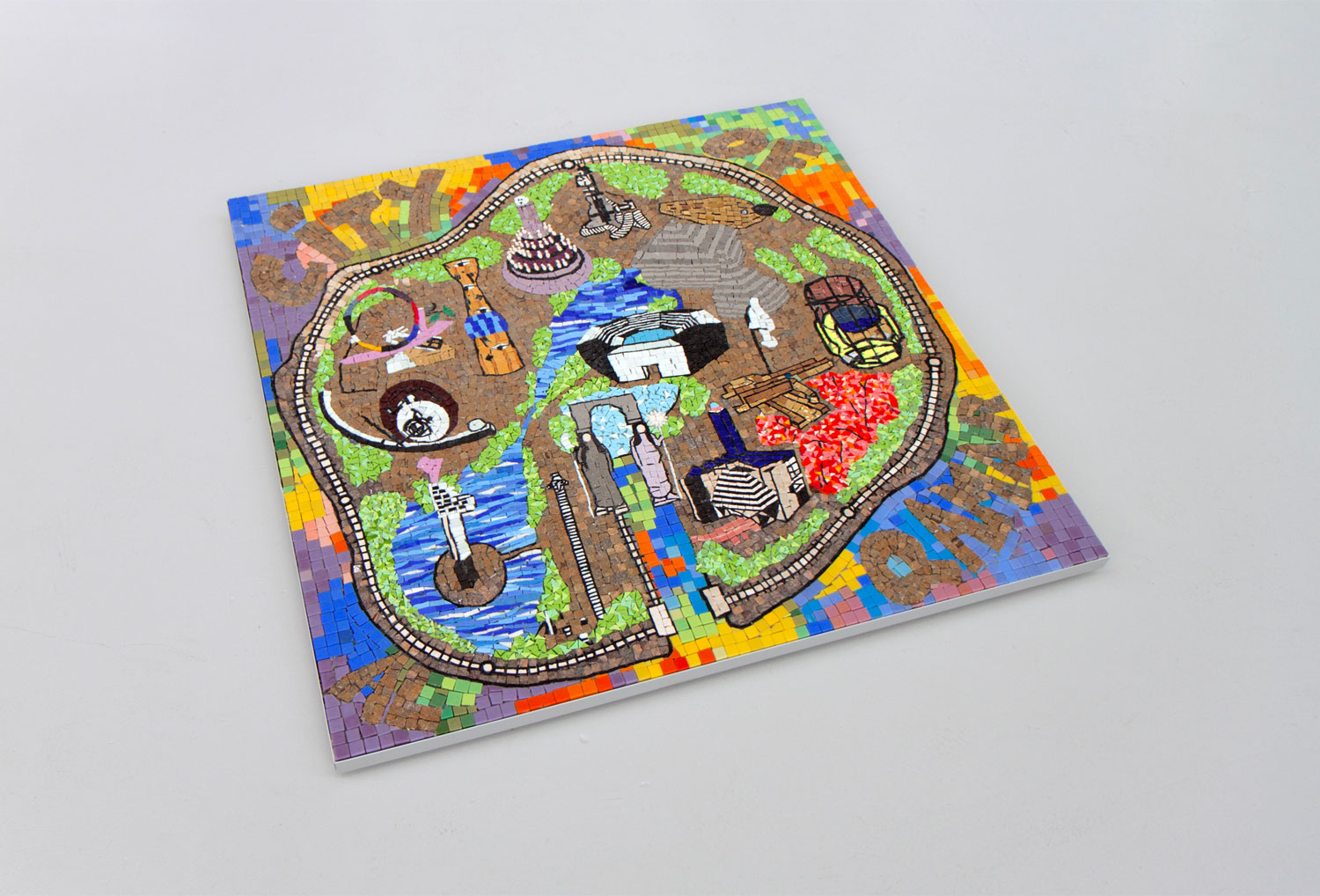 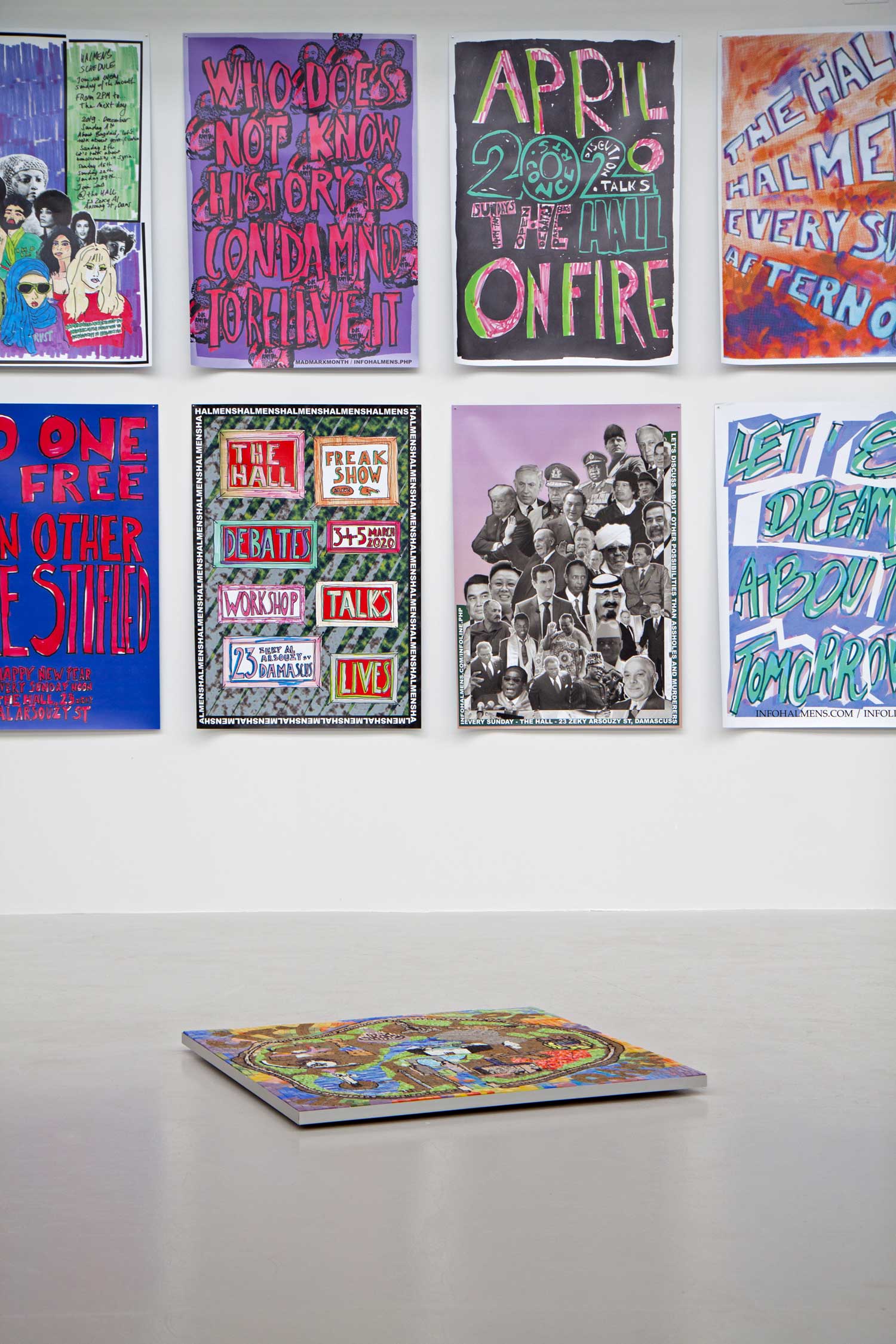 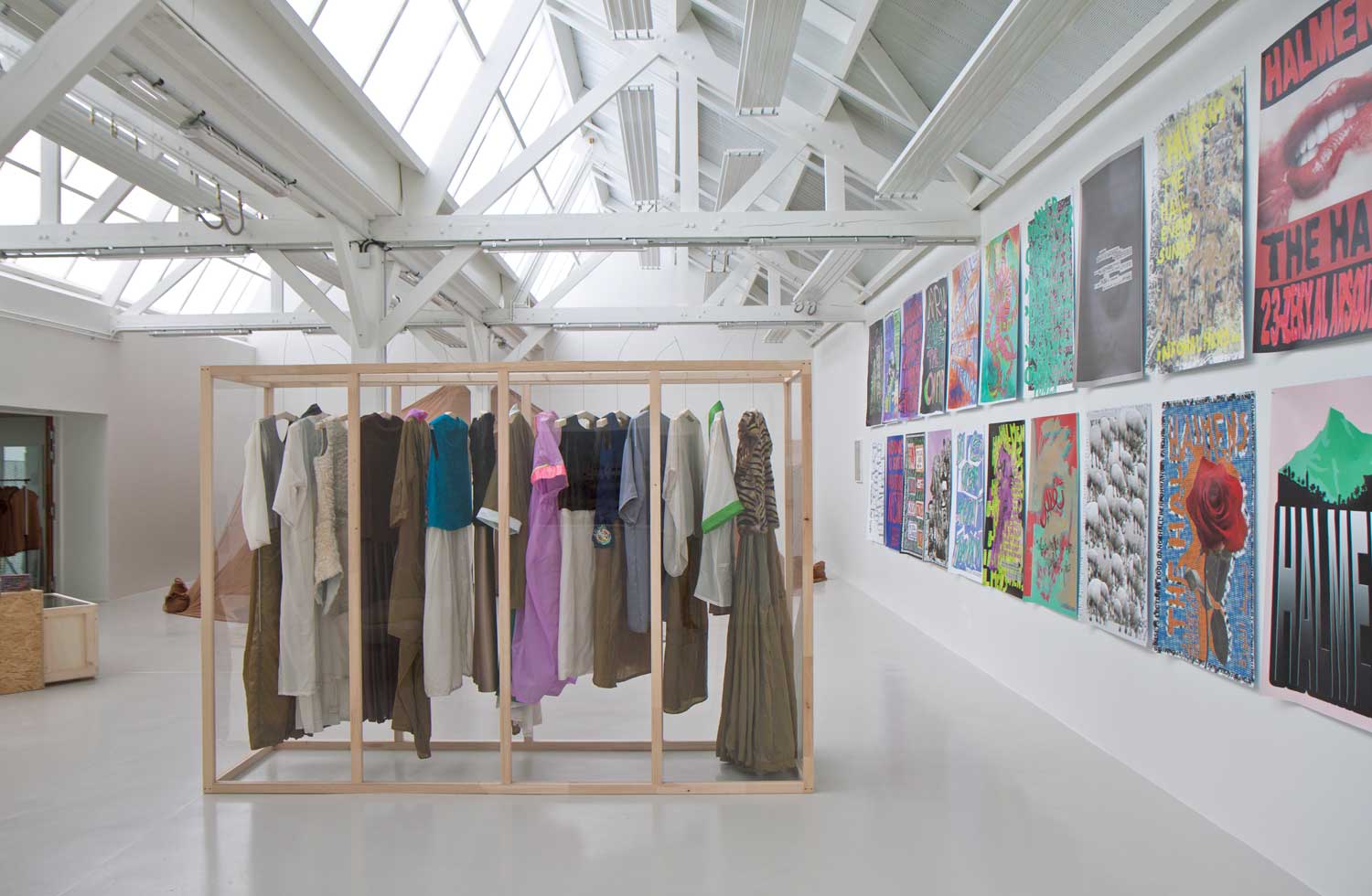 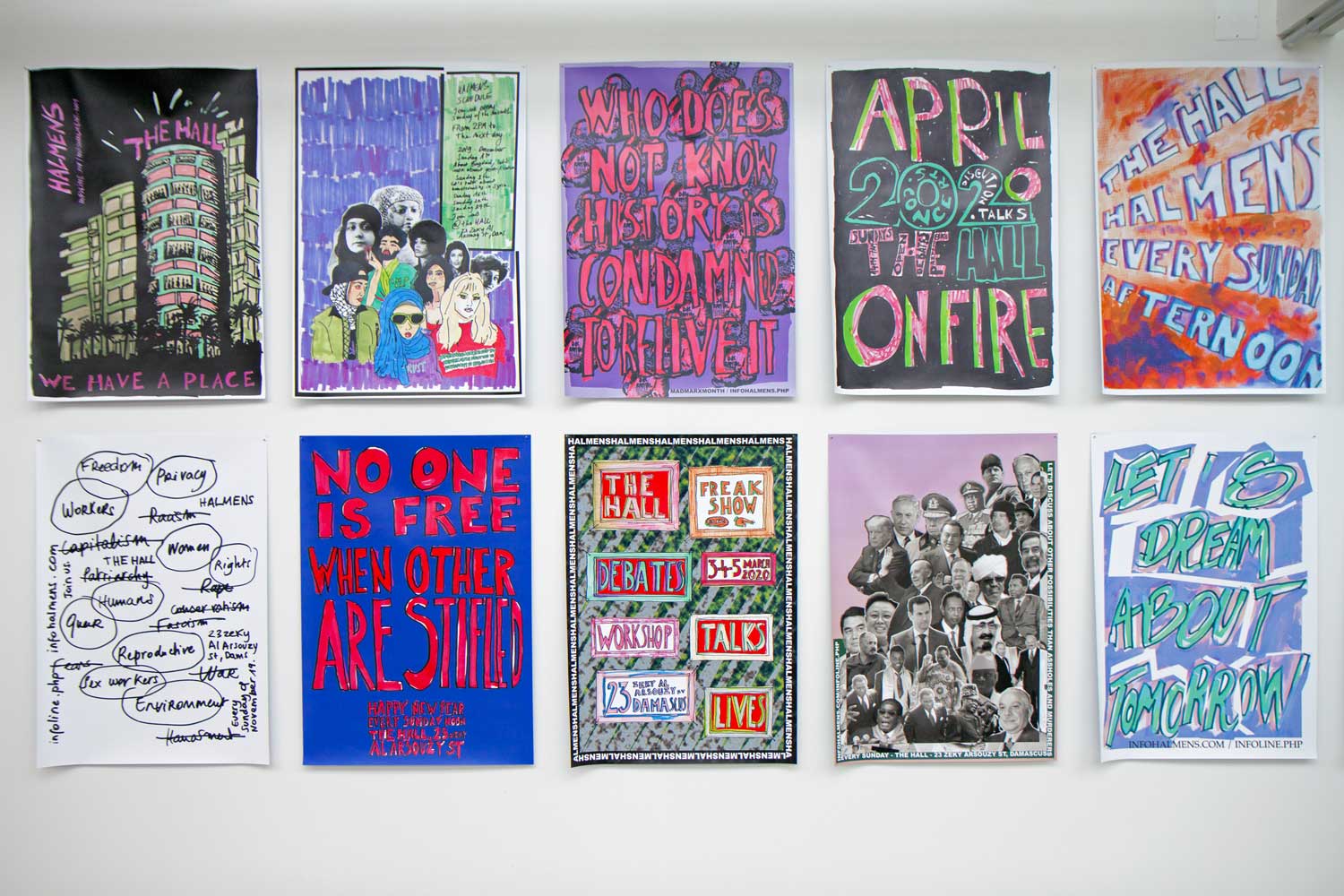 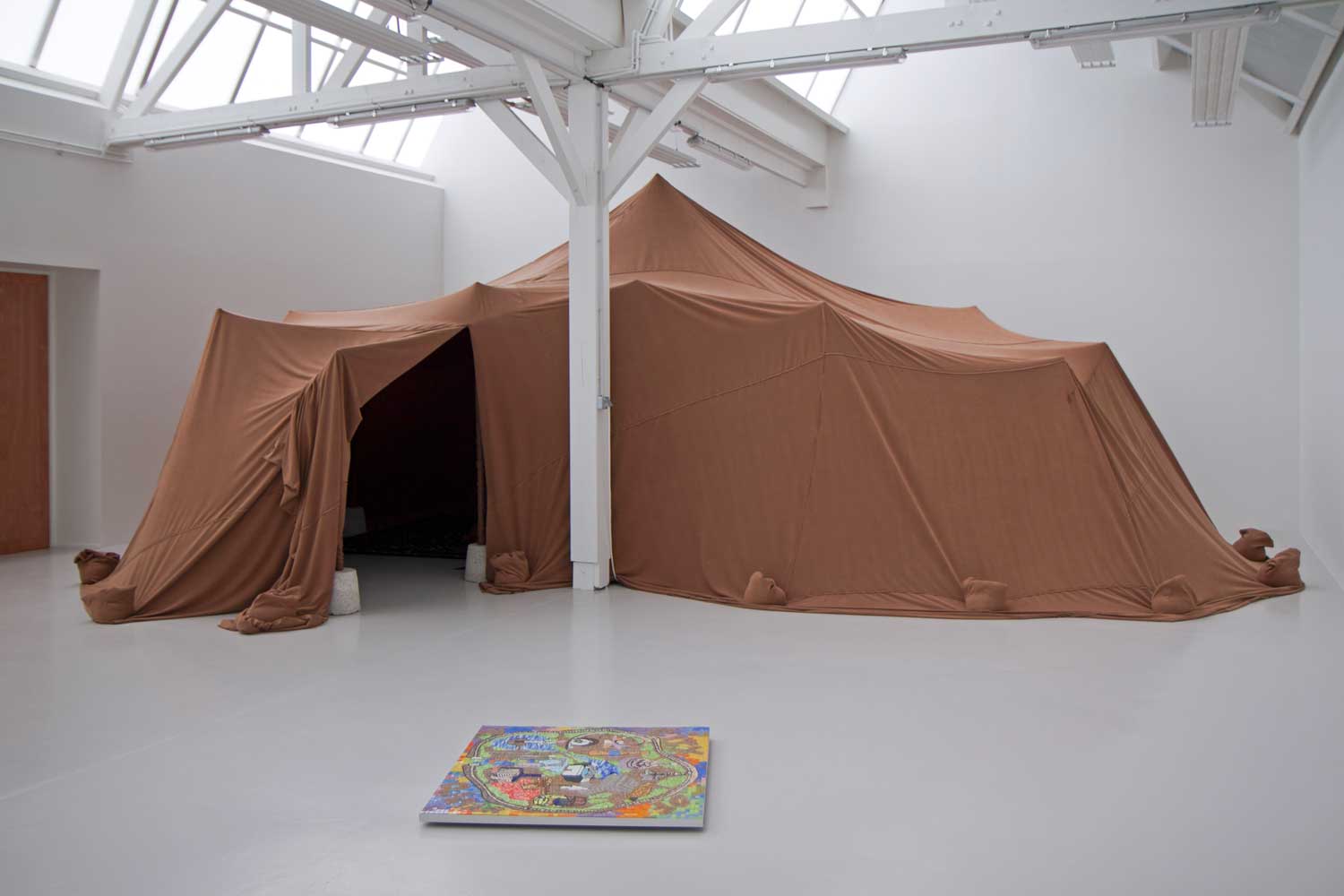 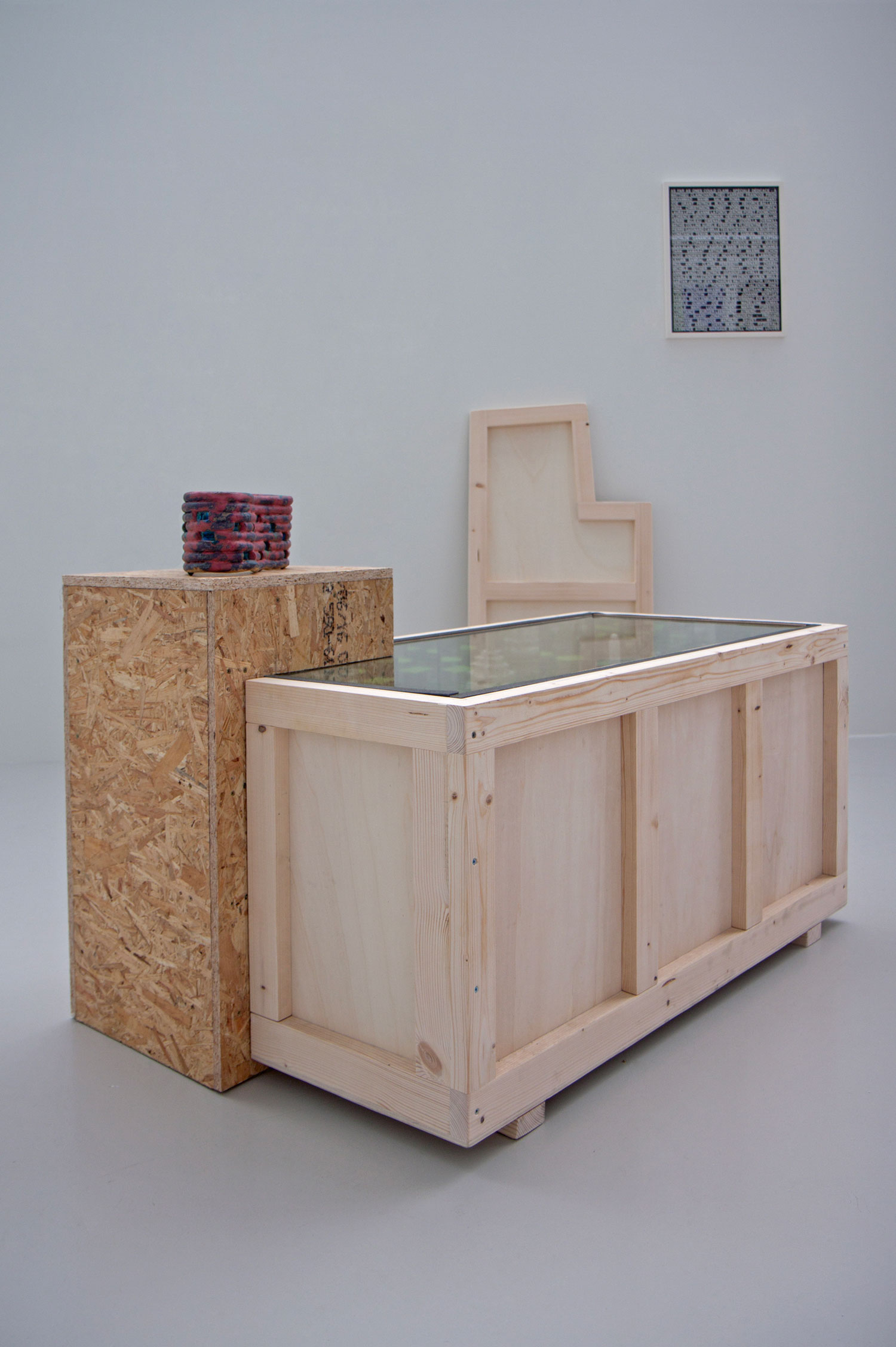