Last part of a series of group exhibitions deployed in a triptych, after Archeologia in 2013 and Geologia in 2020, Animalia or the fantasized life of animals presents different works in which animals play a major role. Focused on animals familiar to humans, with which they are in daily contact, domestic animals, farm animals, or those traditionally hunted, but also those which, during our childhood, hide under our bed, in the cabin at the back of the garden, in the meanders of the nearby lake, in a distant country, and which populate our imaginations, individual ou collective.

With different aesthetics and narrative modes, the works review a wide range of emotions that animals arouse in us: an empathy that, pushed to the extreme, sometimes turns into a phenomenon of strong identification, a fascination that becomes veneration, an anxiety that can become fear, incomprehension or disgust. Thus, the animal becomes a symbol, comforts and reassures us, nourishes our deepest fears, explains what escapes our understanding, and becomes the object of an existential quest.

In the exhibition, animals can take shape of realistic or stylized representations, but can also be filmed, sculpted, painted, or composed by computer. Each work unfolds its own narrative, with progressive passages or constant back-and-forth between realism and assumed unreality, opening up a singular interpretation of the exhibition.

The work by Clédat & Petitpierre, Abysse, introduces humor and fun into the concreteness of this exhibition. This sculpture, that evokes the ocean floor, comes to life from time to time by letting an unidentified animal crawl across the floor of the exhibition space.

The documentary style of the film L’hypothèse du Mokélé Mbembe by Marie Voignier leaves room for doubt about the nature of the images shown and the veracity of the facts narrated, which cannot be verified at any time. Nicolas Milhé’s stuffed dogs and hyena seem to observe us from an angle with their morbid presence. The realism of Bertille Bak’s film, Le hameau, as well as the one of Darielle Tillon, L’esprit des animaux, twist towards the supernatural, which we find fully in Jean-Marie Perdrix’s abstract sculptures made from a cow skin or a donkey skull. Maël Nozahic’s paintings, on the other hand, take us into dreamlike scenes where wolves seem to live in complete confidence. Both Bertrand Dezoteux and Luiz Roque anticipate a future where animals, in a discreet reversal of fortune, clearly take the place of – and power over – human beings.

Perfectly integrated as images, in the same way as the paintings and sculptures, the videos alternate on three distinct screens. Their successive and simultaneous flow creates a permanent movement that recomposes the exhibition and declines it in multiple versions, making each visit a unique experience.

Thus, the exhibition Animalia or the fantasized life of animals becomes a point of view on the world in its historical, political, religious, and societal dimensions, in which the animal is obviously a stakeholder. It reveals the complexity and ambiguity of our relationship with animals which, despite all our efforts to assign them a controllable place, constantly overflow and exceed us. 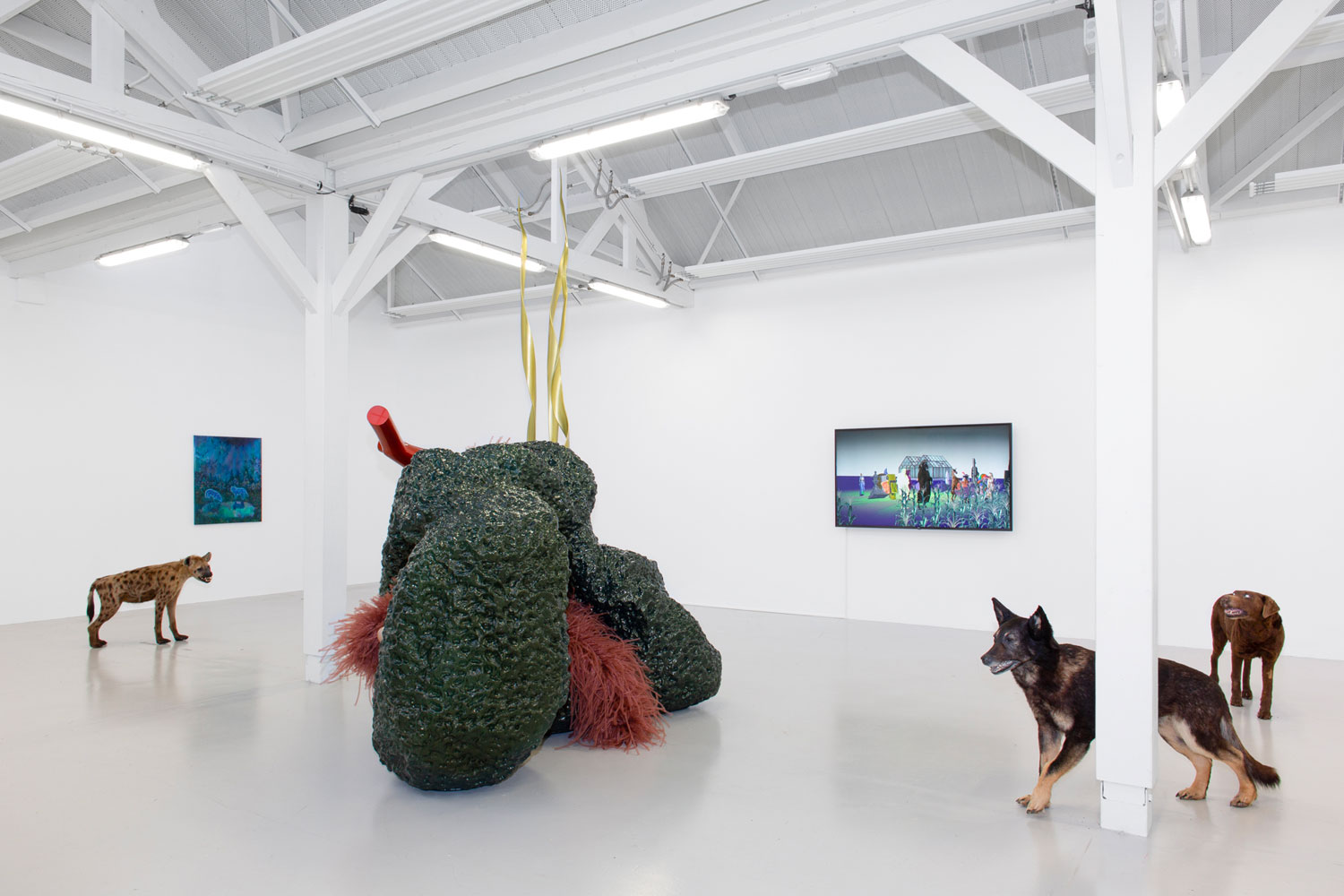 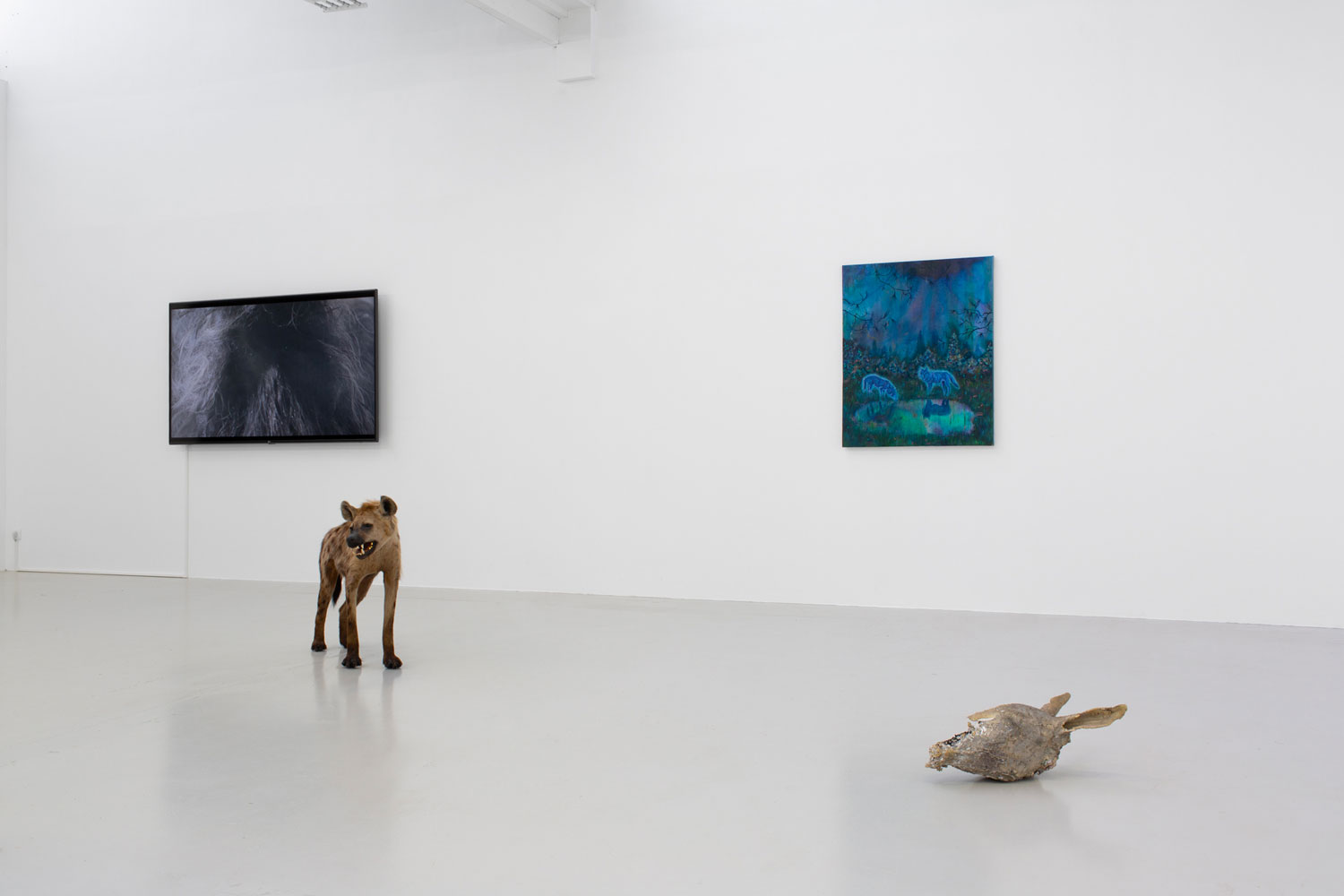 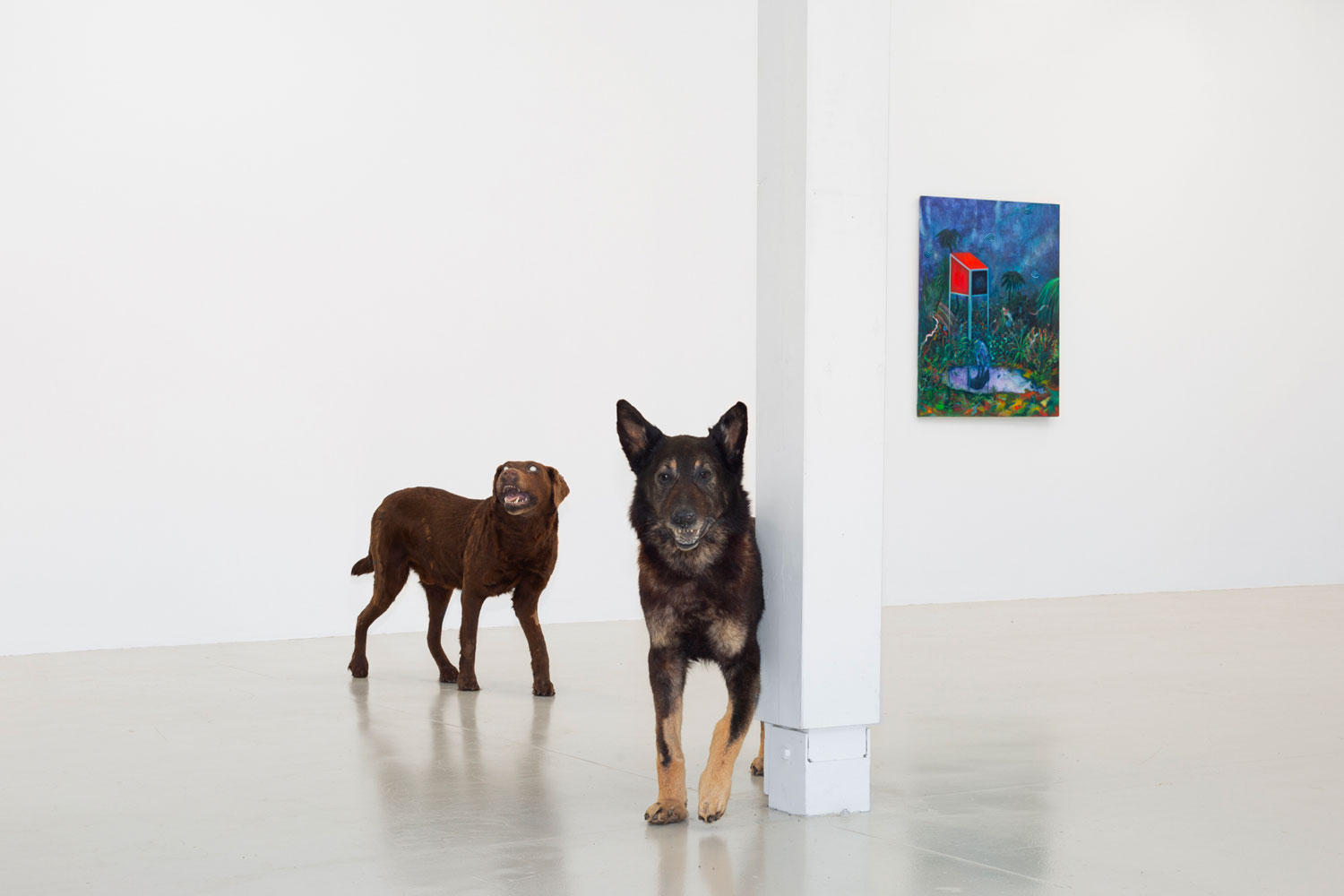 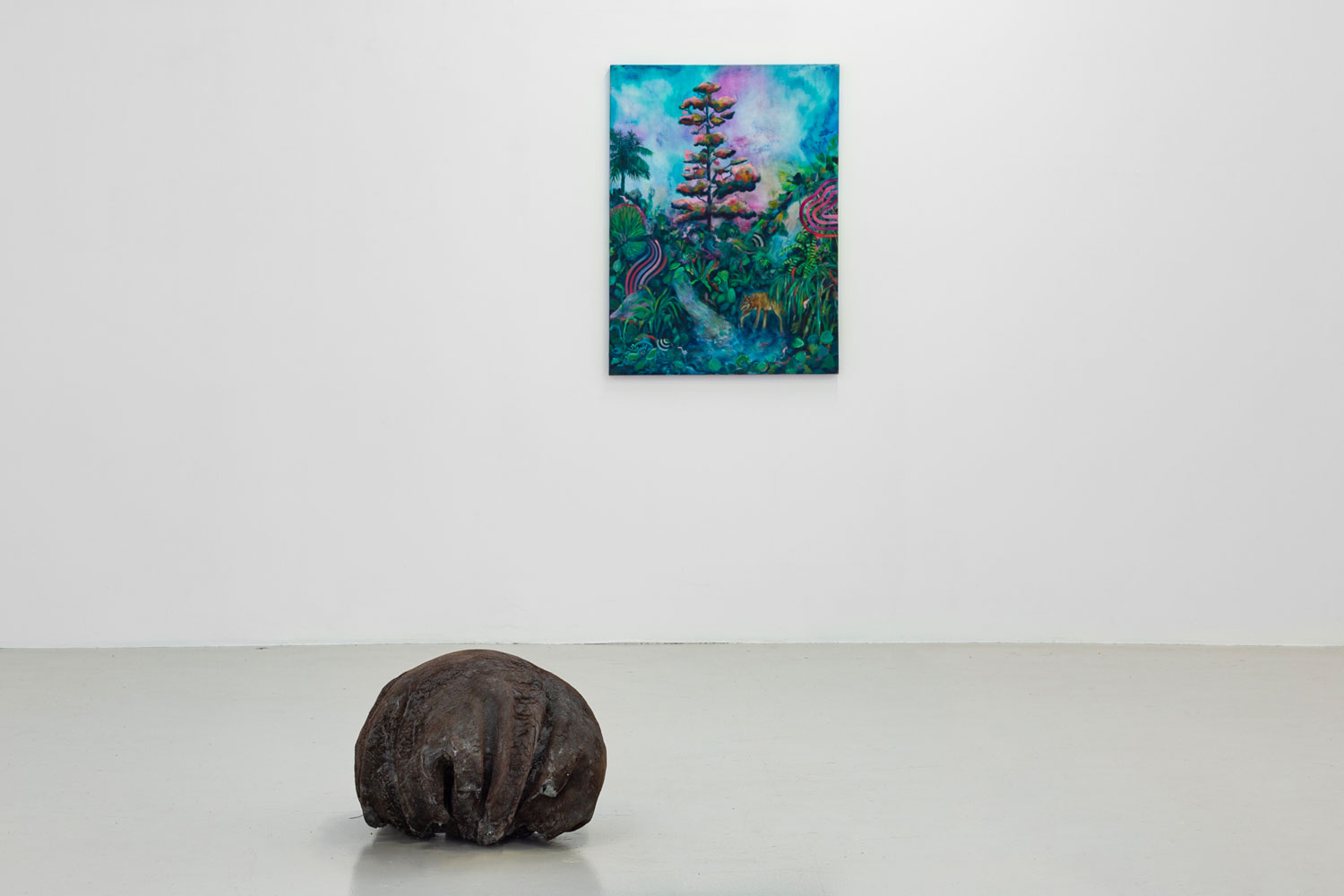 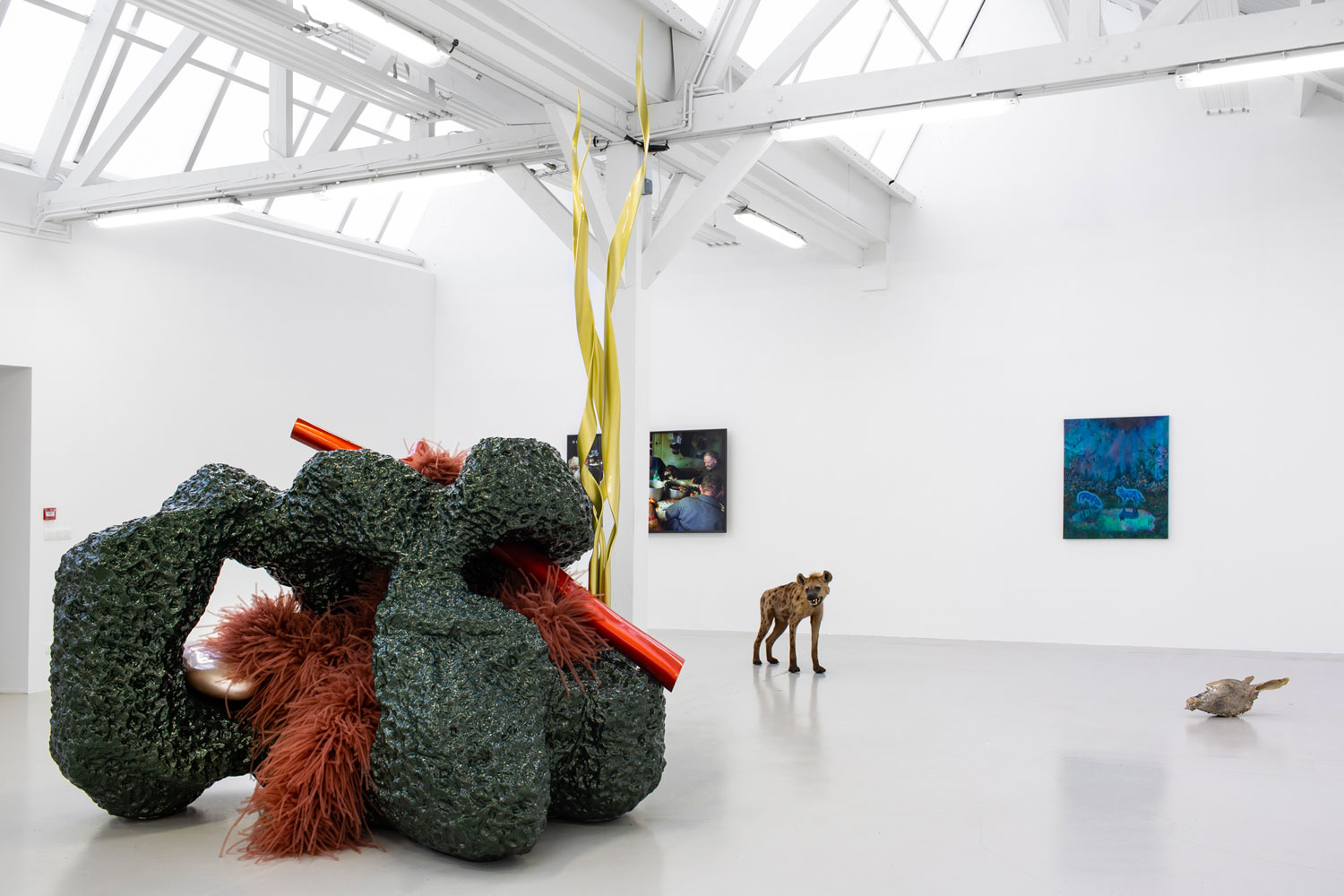 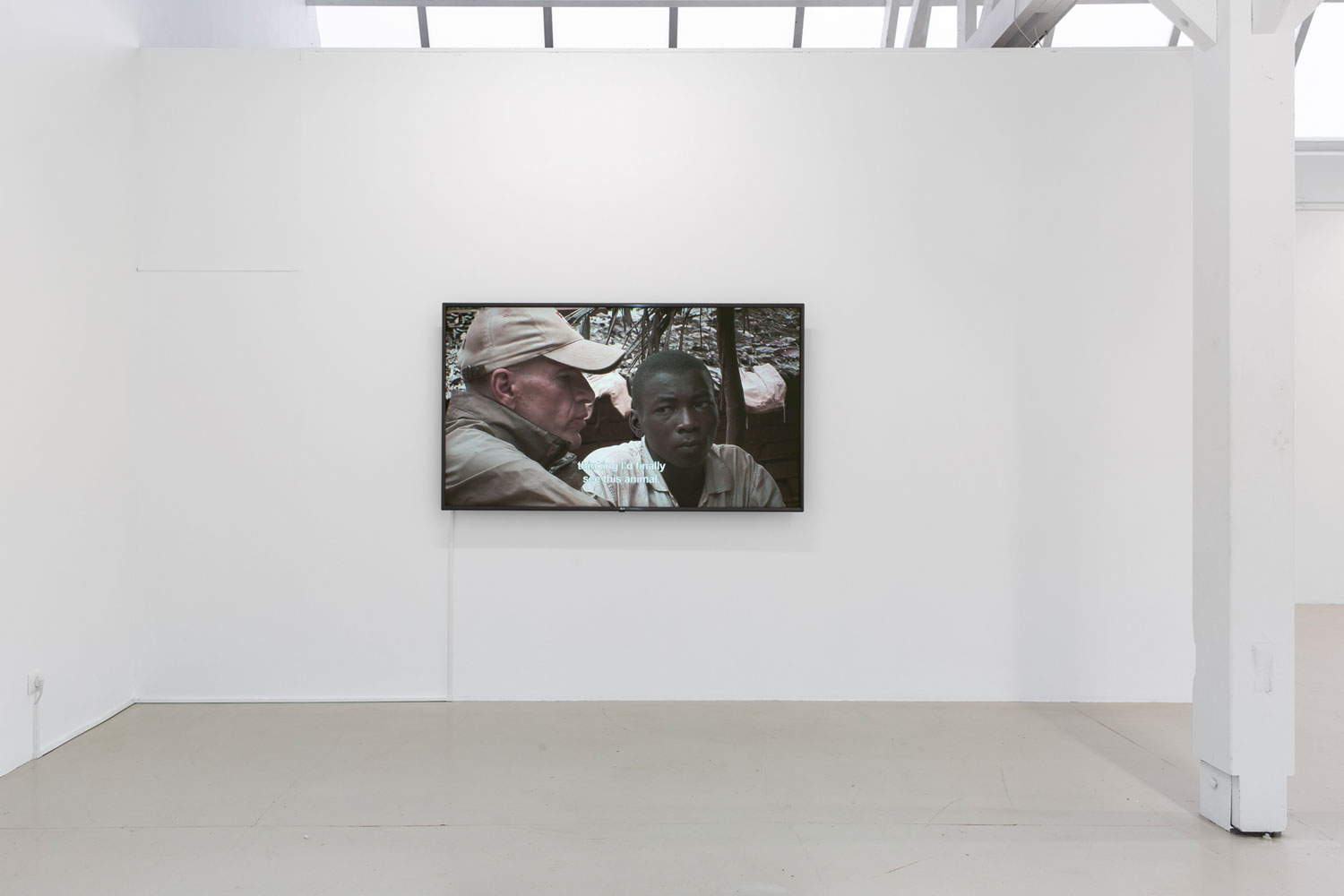 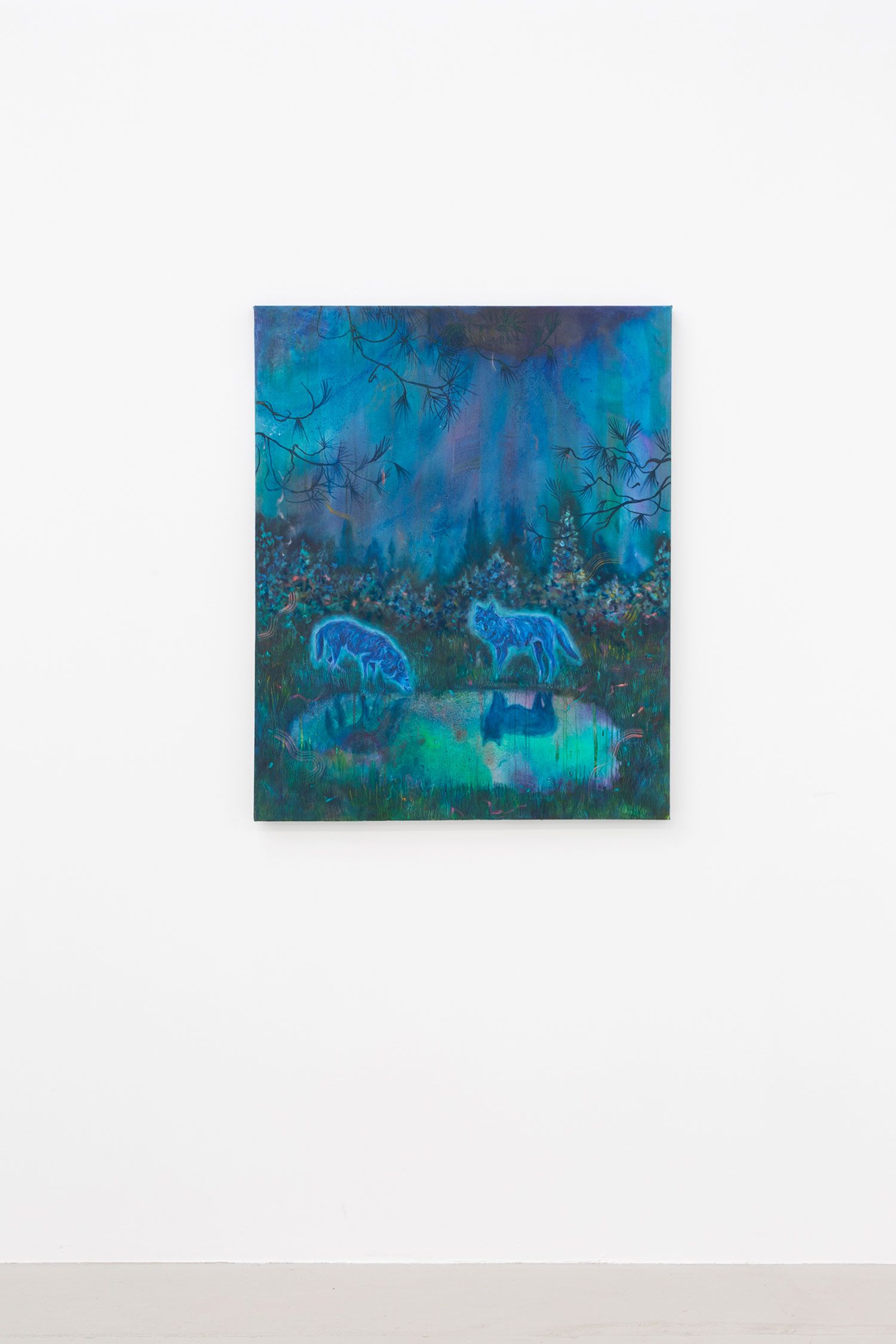 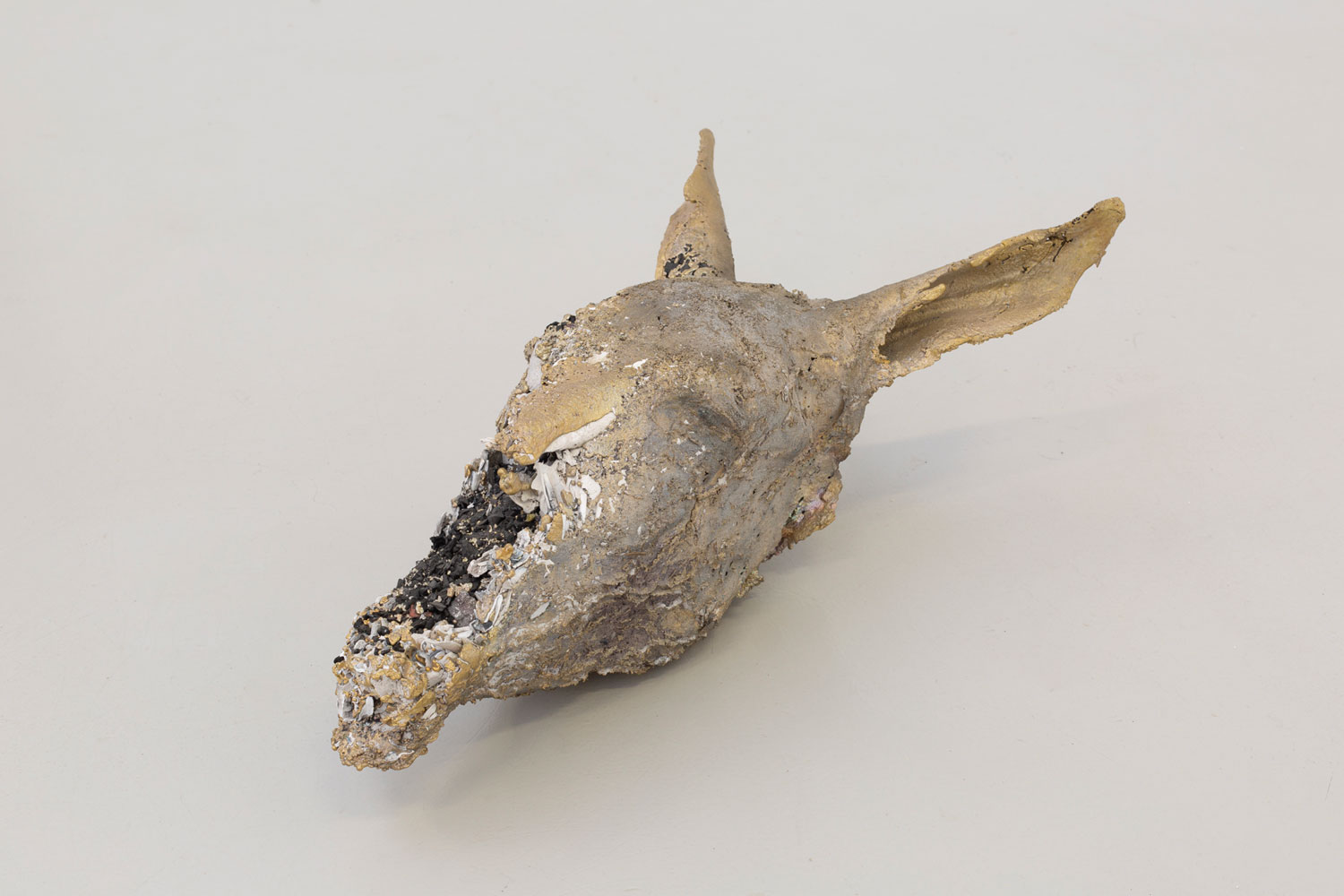 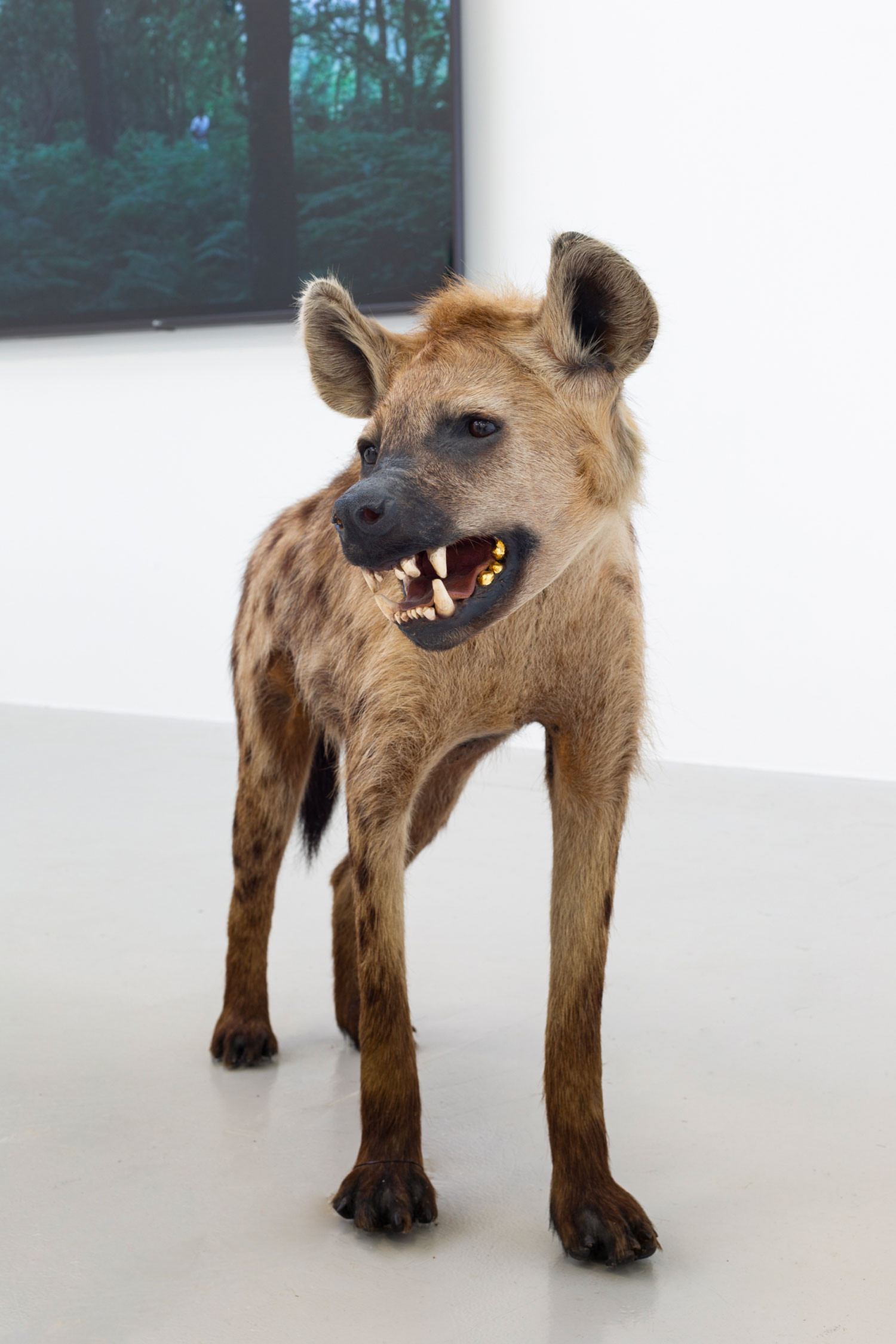