Roger Robert’s concert during the opening

Antoine Dorotte puts drawing at the foundation of his work. He uses different medium and techniques: marker drawings, engraving, animated films, etc. Engraving is a constant in his work and can be found on paper or sculptures. It is also used to create the images of the artist’s animated films. Simple and dark, his sculpture work prolongs an atmosphere of B-movie, thrillers, comic strips and video games found in his drawings and films. With their aesthetic appearance, his sculptures and films are in fact the result of a violent process with the materials chemically attacked by corrosive products.

For his solo exhibition at 40mcube, Antoine Dorotte presents several new pieces produced at 40mcube: a sculpture, an installation, a series of engravings and a new film produced by 36”. The exhibition thus gives a global perspective on the protean work of the artist while emphasising the links that exist between its different aspects.

In the exhibition space, a 2.50 meters in diameter sphere made up of zinc scales has been set up. From its top spurts out a liquid, not water, but a product that runs down between the zinc plates and progressively corrodes the metal. The more this fountain of a new kind is in action, the more motifs multiply and hollow the surface out, making this sculpture a corrosive artwork which attacks itself and as a result creates itself.

One of the walls of the exhibition space is entirely taken up by an installation also made up of zinc scales engraved with acid. It reverses the space, inverting the relationship between interior/exterior. With the fountain-sculpture designed to be showed inside or outside and the diversion of zinc scales, usually used in architecture for roofs and facades, Antoine Dorotte creates an exterior space that is put inside. With this installation, that serves as a décor, are exhibited seven engravings, extracted from Move it Piano , Antoine Dorotte ’s previous film, of Fiji , and of Whirlwind Riding , the artist’s latest film shown in the Black Room , the projection space of 40mcube. Those engravings are a link with the fiction of this video: a violent storm breaks out. A character, Miranda PaintOmovie, with a capital O in the middle, struggles and spins in an agitated vegetation.

Each of Antoine Dorotte ’s films replies to the other but without forming a sequel. The artist is not creating a logical narration from one film to the next but offers life sequences of recurring characters. Hence, in Whirlwind Riding, we meet again with Miranda PaintOmovie, who had already been introduced in Move it Piano . We saw her on a beach. In this new opus, we follow her at the edge of the jungle. Reminding us of Irma Vep de Feuillade, Miranda is a hybrid character, just like the landscape surrounding her, made up of televisual and cinematographic sources. Those collages and interferences are unified through engraving, each of the film’s images being engraved on a zinc plate. The same shade and enigmatic atmosphere are found in all those short scenes that constitute silent loops. They mirror this work in constant agitation, full of twists, where each part is constantly reintroduced with a new light. 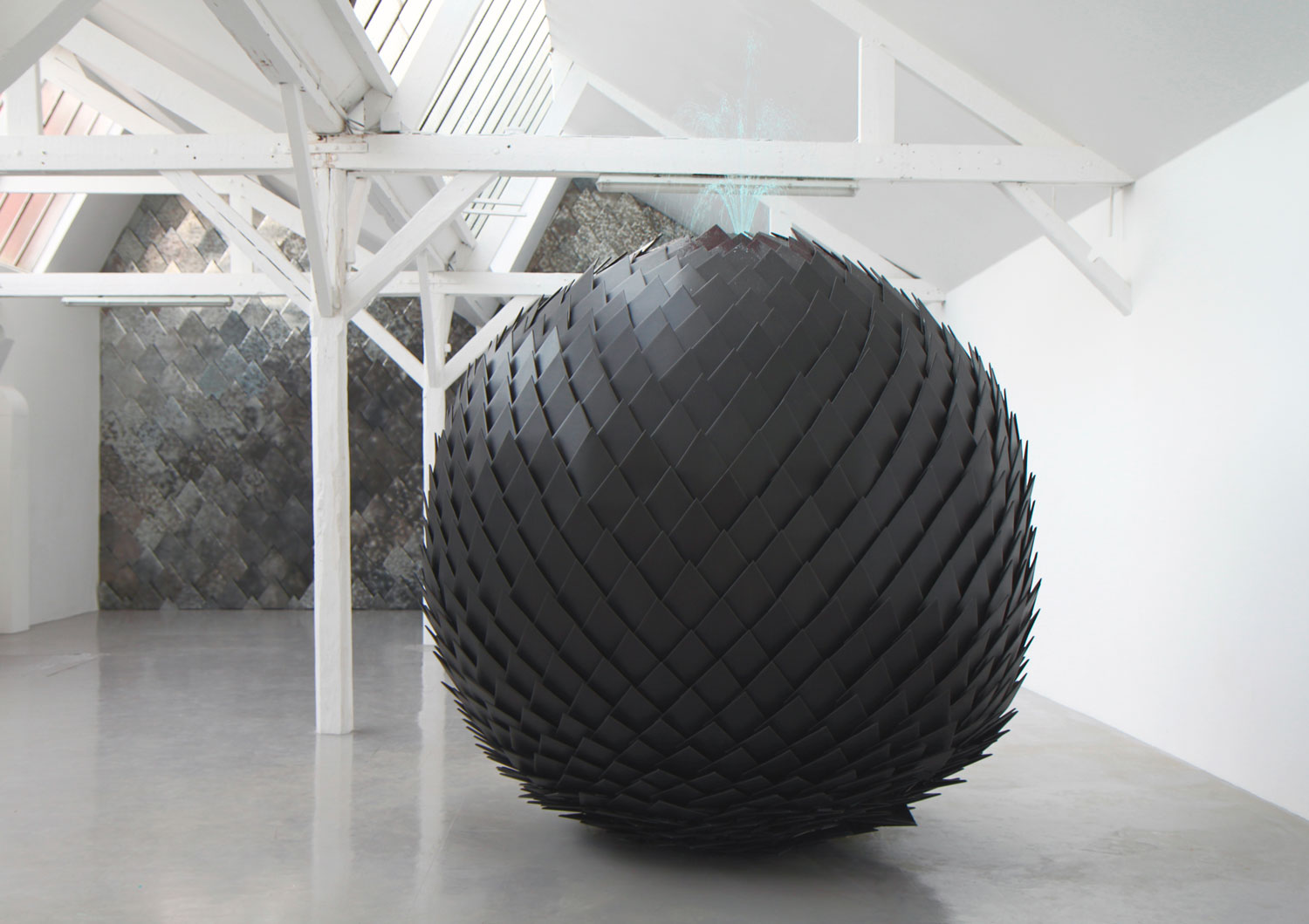 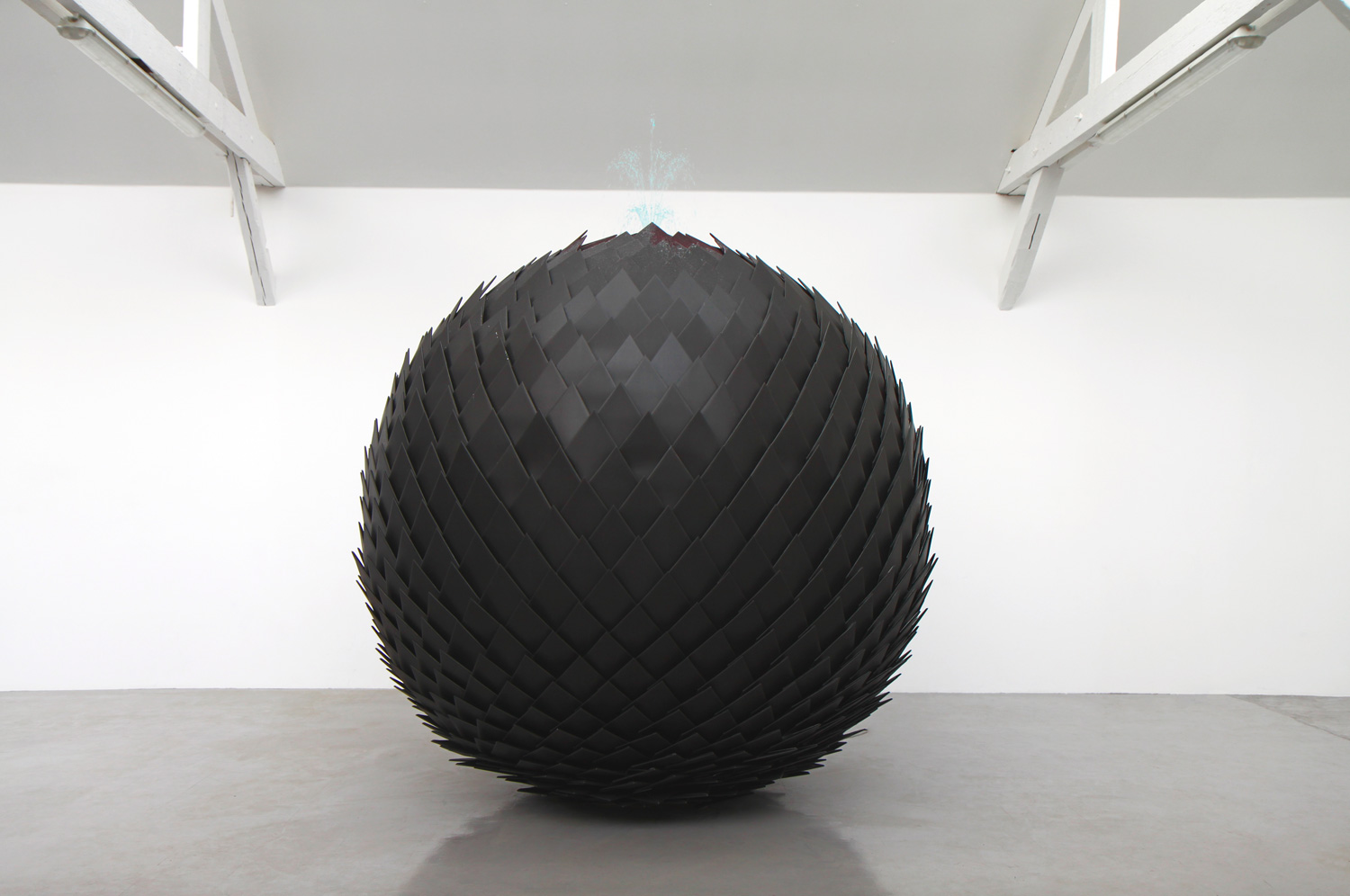 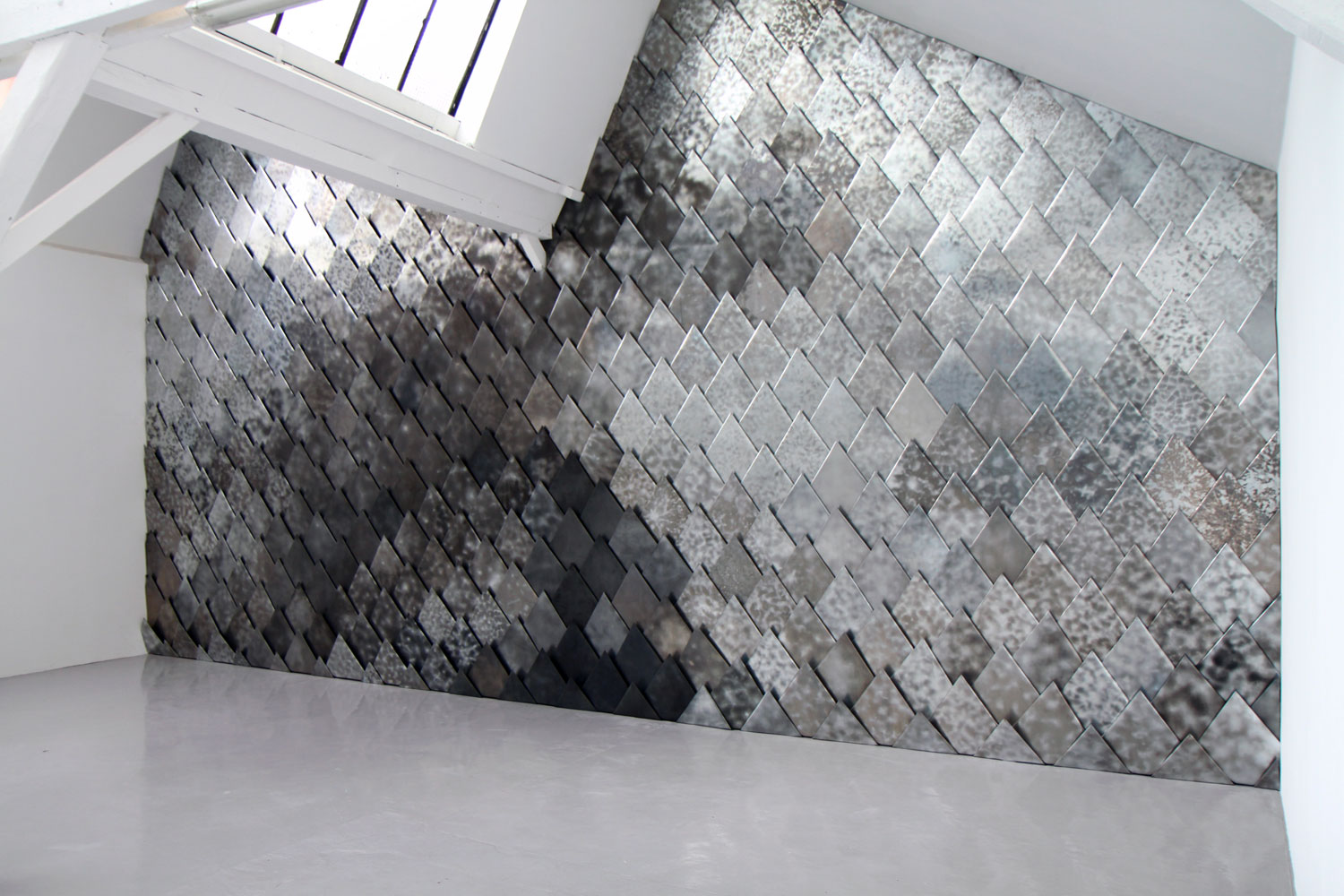 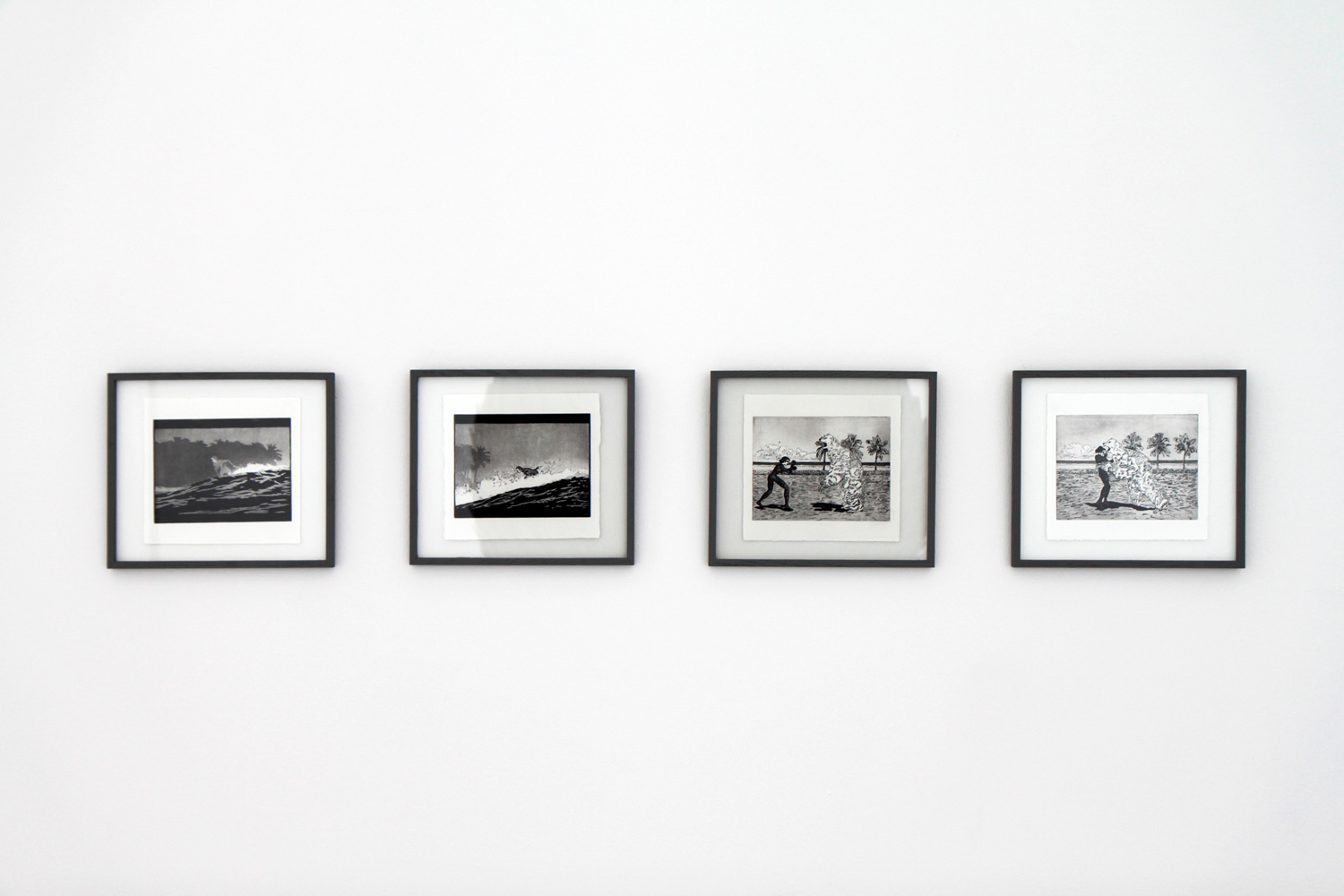