Action-Man-Oeuvres is a performance art festival organized by the Triangle France in Marseille, in which 40mcube was given carte-blanche to exhibit.

The performances by Jean-François Chermann, Régis Ogor, and Skall with the collaboration of Lasdada, Laurent Tixador and Abraham Poincheval all took place throughout the week prior to the exhibit. On September 28, 2001, the exhibit opened on the Frioul Island near Marseille as well as in Marseille and at the Friche Belle de Mai.

The event proposed by 40mcube invites the spectator to sample the large field of performance art that exists today. The event is comprised of several performances: one conference, one film, one taking place in an urban environment, and one week-long performance. Six artists with different ideas and methods perform over the course of the day: Jean-François Chermann, Régis Ogor, and Skall, with the collaboration of Christine Graz, Laurent Tixador and Abraham Poincheval.

Analysis of the malfunction of a tourist’s frontal lobe, Jean-François Chermann

Neurologist by profession, Jean-François Chermann’s work takes the form of conference/performances which include images and videos. His discussions are based on scientific fact as well as extrapolation (which remains within the plausible) on the boundaries between reality and fiction. He uses art as a means for study and expression. Applying pathological terminology to normal everyday behaviour allows him to cast a critical eye on ‘hypernormality’ and on the credibility of scientific discourse.

Sedan Chair, Régis Ogor
Régis Ogor is exhibiting his Chaise à porteurs (“sedan chair”) around town and over the course of the evening, presenting it as the first materialization of what he hopes will become a collective rumination on P.T.P (Petits Transports à Proximité: roughly Small-Scale Local Transportation). At once sculpture and utilitarian object, the chair is the reapplication of an anachronistic form of transportation, with very strong connotations that raise questions of utopia and experimental prototypes.

Skall presents a show in which he transforms into ambivalent and impressive characters. In the beginning he starts as an ordinary man, but by the end he has become a living object, a mutant, a monster that takes over the whole space. For Action-Man-Oeuvres, he is inviting Christine Graz, a dancer with whom he has worked in the past, to imagine a playground and perform it.

Laurent Tixador and Abraham Poincheval collaborate on a week-long performance. Living at Astérides for the month of September, they create a “survival” performance for Action-Man-Oeuvres. For one week, they live on the Friou Island near Marseille, returning on September 28 to share their experiences.

For a performance event, the use of video also seemed important to us since the two are historically connected. The program illustrates several different directions for video: the recording of an action, the performance created for the video, the video’s commentary of a performance and the practice of ‘derogatory performances’.

IAT (International Art Terrorism): two artists put museum personnel to the test by not following the rules.
Sylvie Dax remakes the anthropometry of Yves Klein with a mechanical doll.
Jan Duyvendak does à Capella of songs that talk about art and artists.
Charles Jeffery dances, badly, but with a smile.
Benoît Travers: compilation of diverse warm-ups. 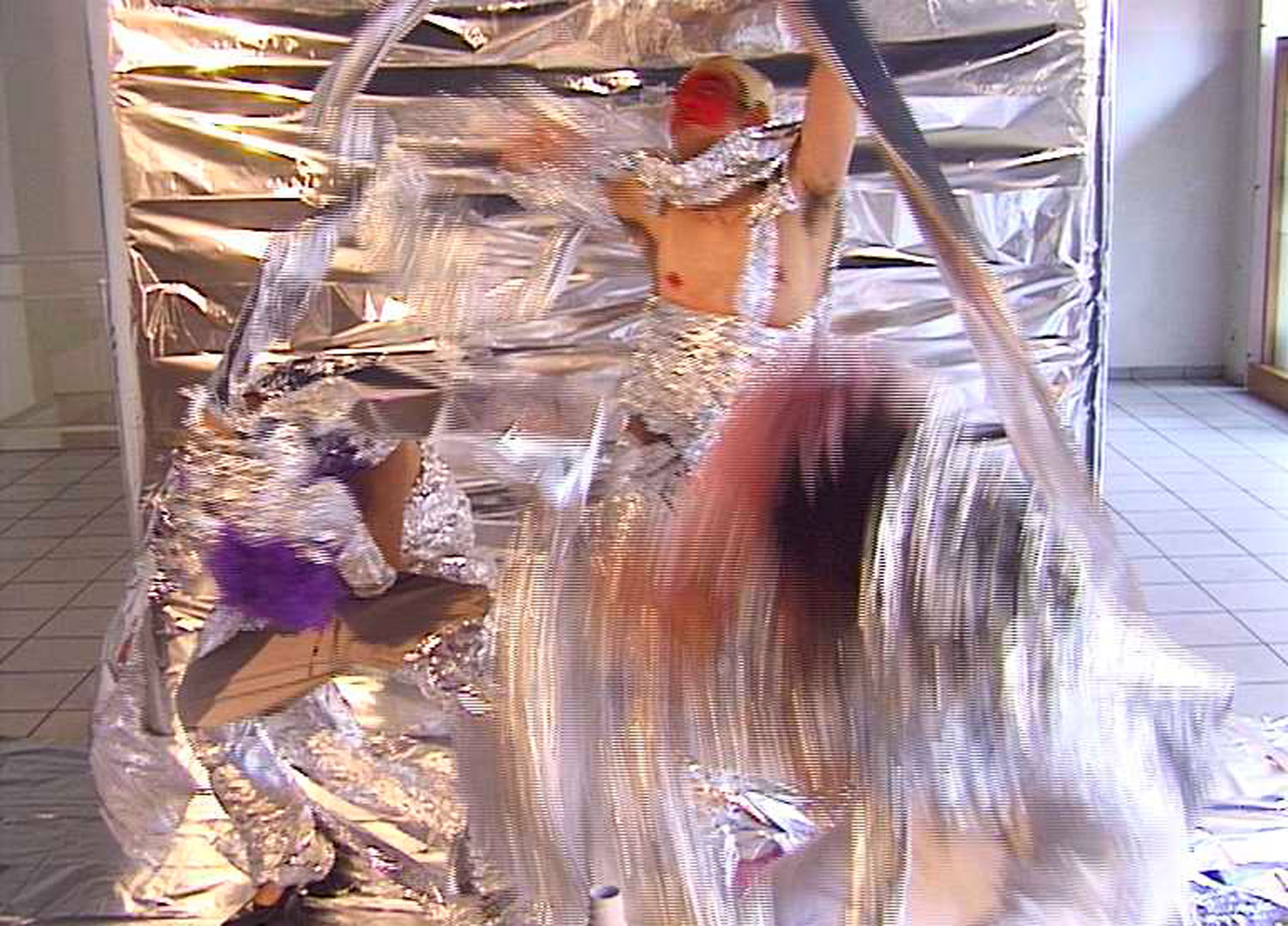 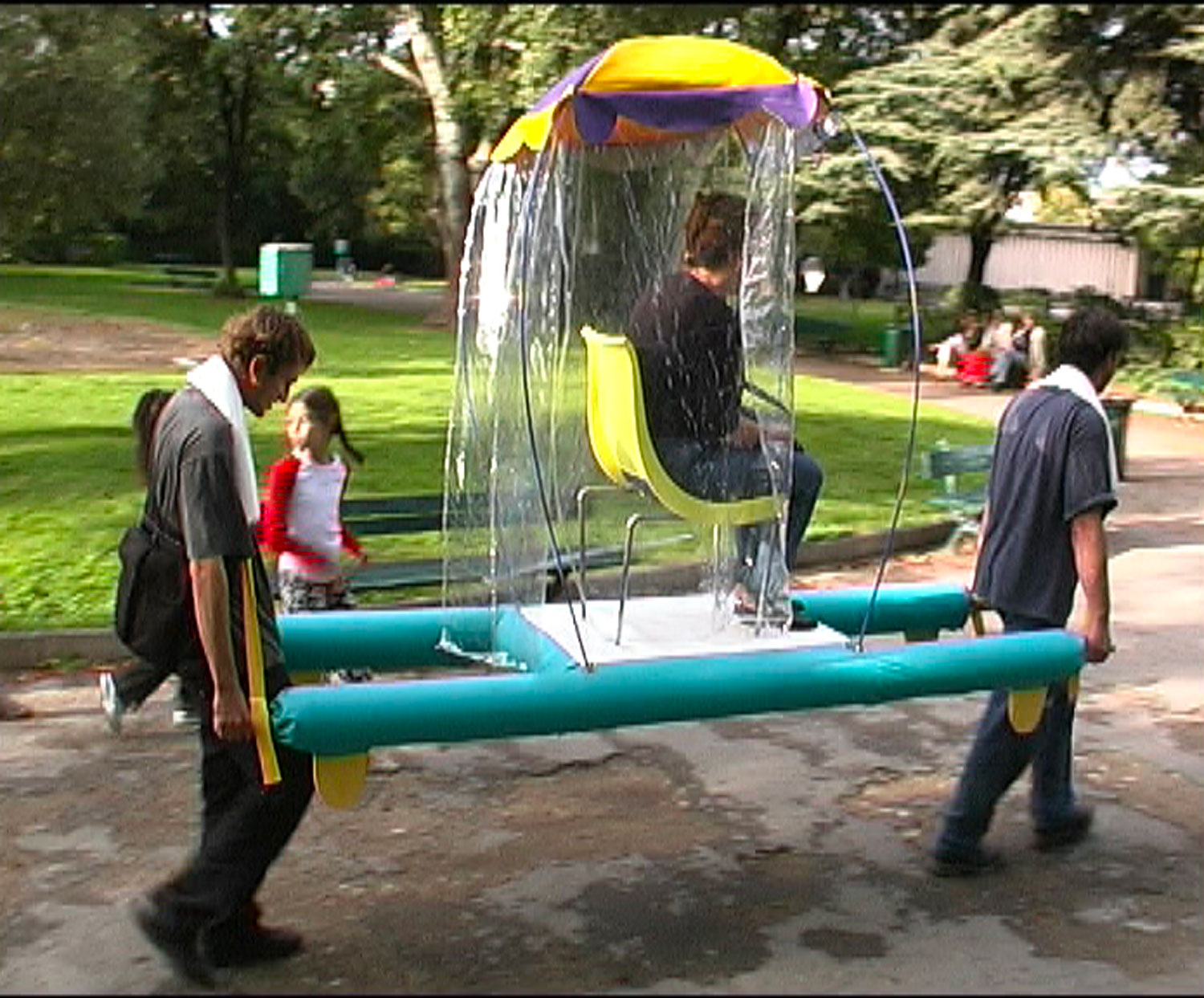 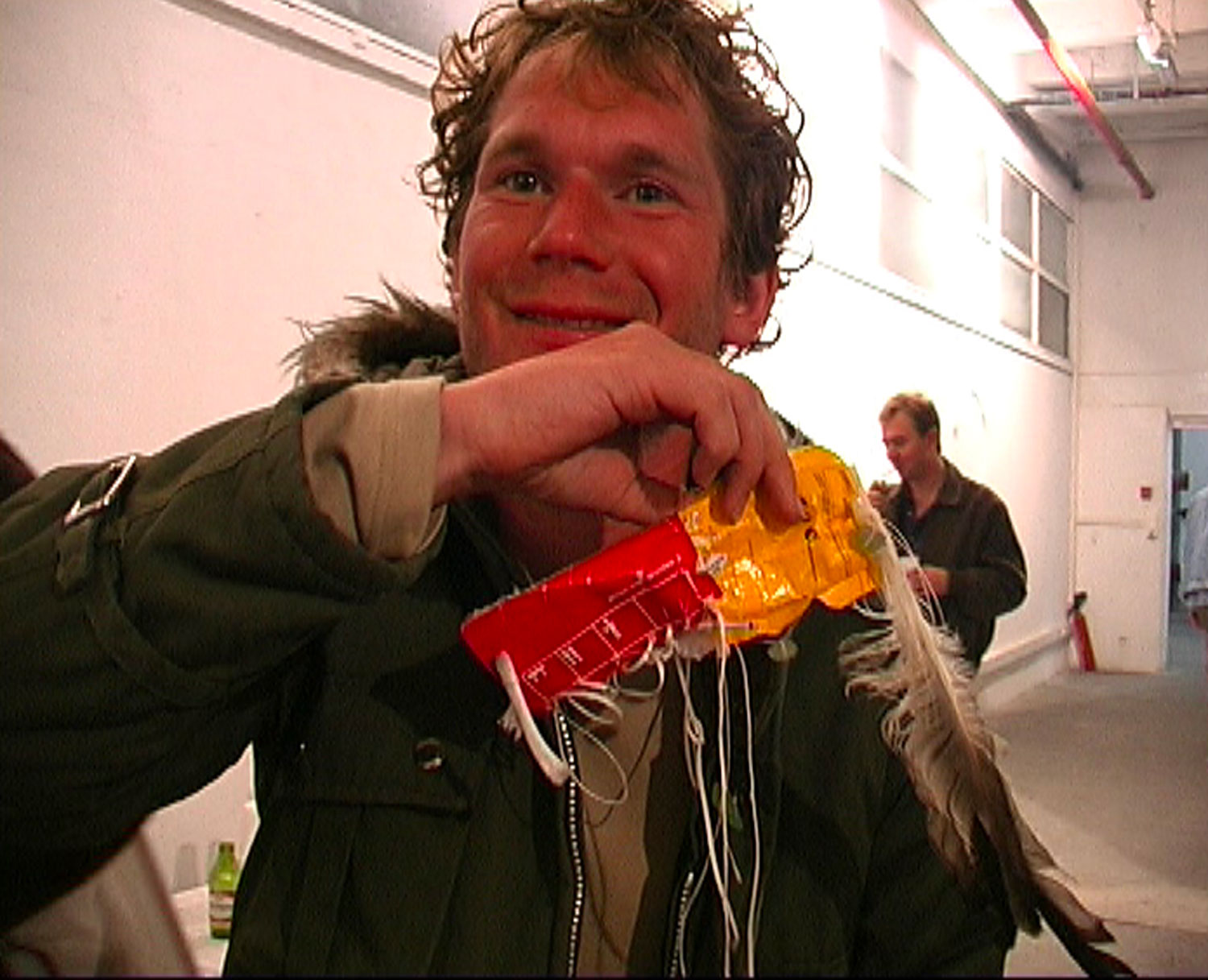 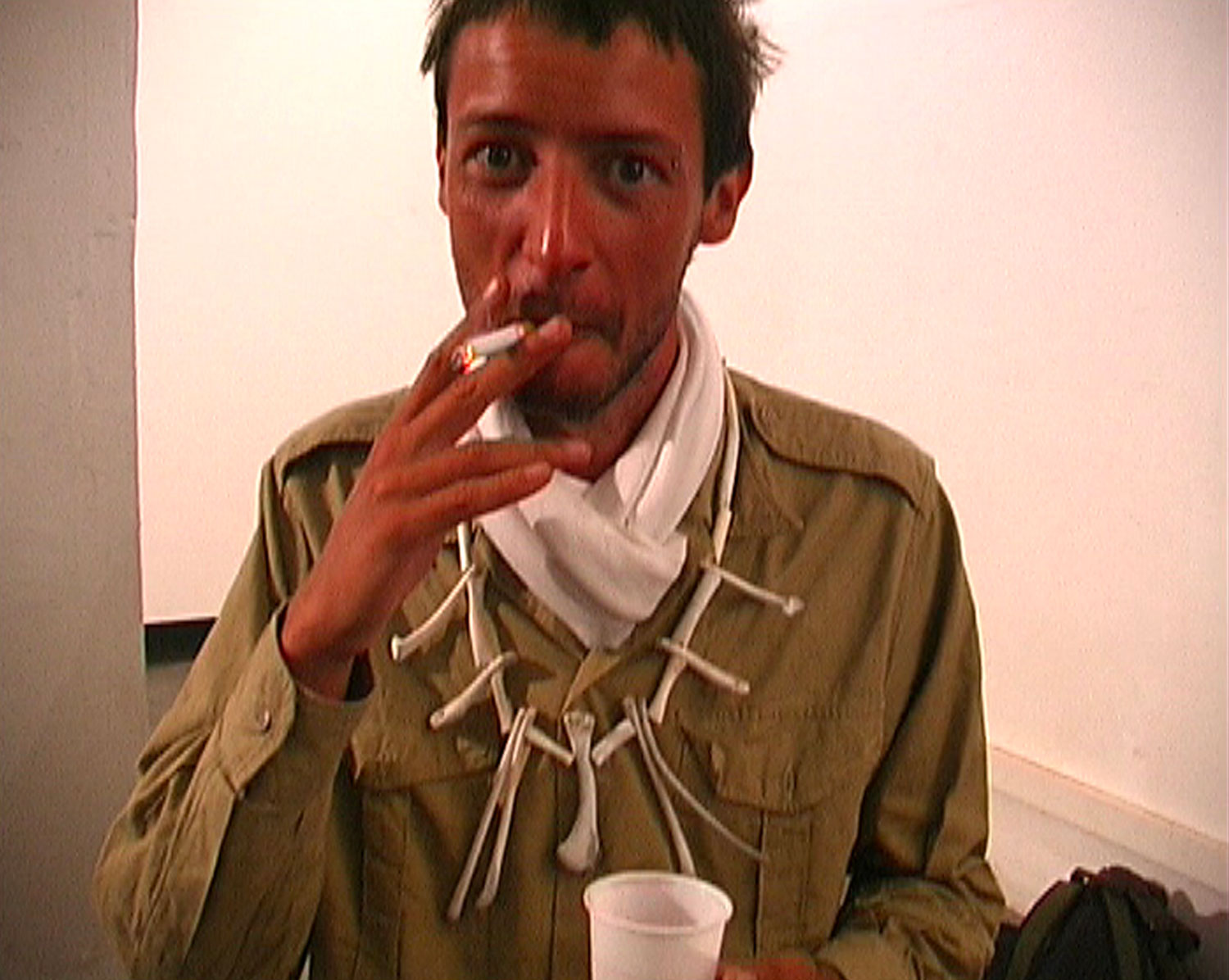