On the occasion of his exhibition Analnathrach presented at 40mcube from February 4 to April 21, 2012, Antoine Dorotte proposes a split screen presentation of Move it Piano and the film version of Fiji (originally a lenticular network print made in 2011). This new film brings together two episodes in the life of a recurring character in the artist’s films. It’s Miranda PaintOmovie, a distant cousin of Irma Vep, the heroine of the serie Les Vampires directed by Louis Feuillade in 1915. You can see her surfing on the crest of a wave and fighting a polar bear in front of a tropical landscape. 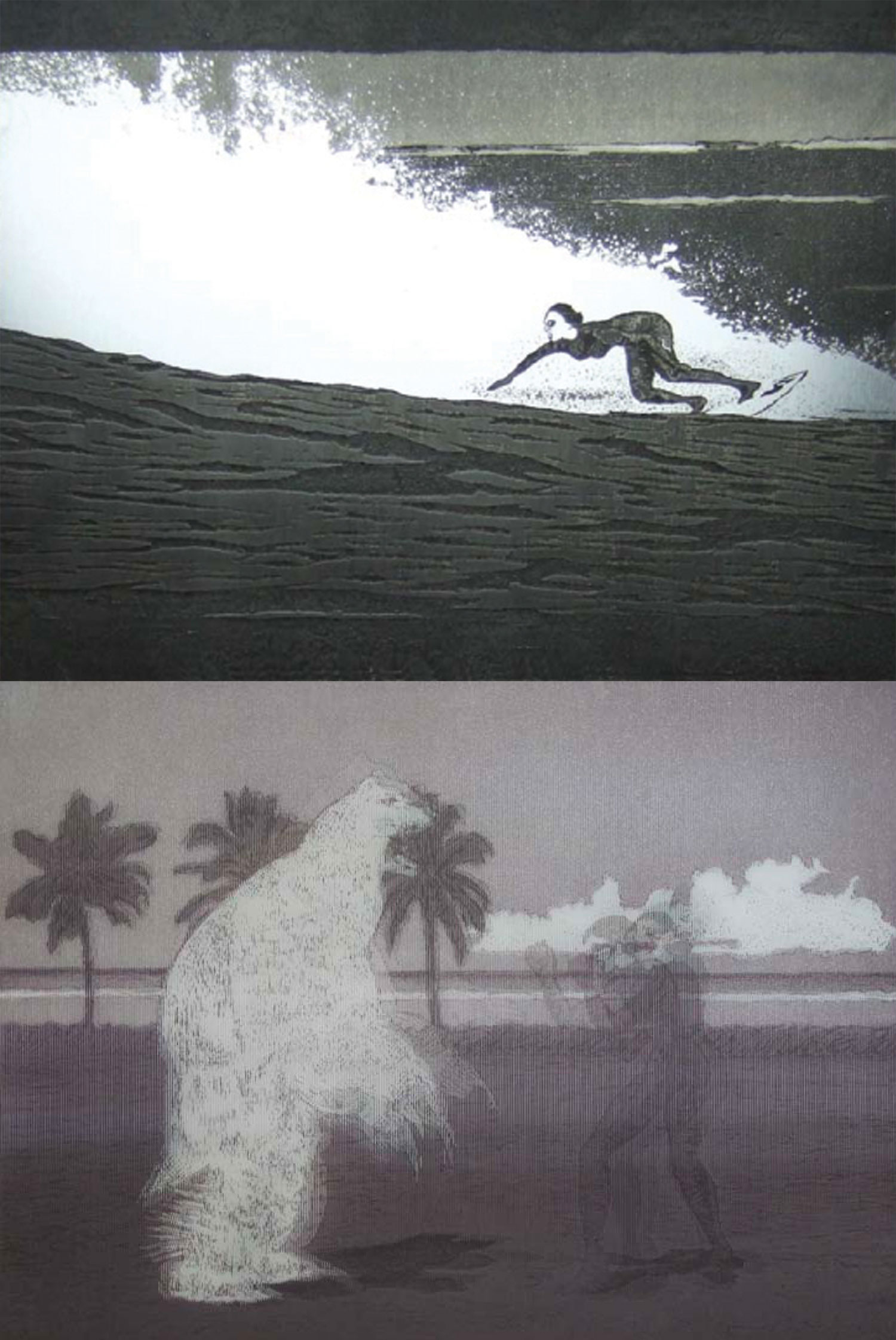