As part of the Ateliers de Rennes – Biennial of contemporary art

Concrete & Samples I, II and III is a series of films by Aglaia Konrad devoted to two architectures and a natural site transformed by man.

The first part of the trilogy explores the Church of the Holy Trinity in Vienna.Created by the sculptor Fritz Wotruba, the building resembles a monumental abstract sculpture. It is like a cubist structure of 152 asymmetrically arranged concrete blocks.

Last film of the trilogy, Concrete & Samples III Carrara shows the famous marble career of the same name. This ever-changing landscape appears to have been sculpted, seems to have temporary architecture and makes many references to the history of art.

The three films have in common that they have no commentary. But they offer a subjective view of these architectures and this site as if the camera were replacing the view of a visitor, in this case the view of the artist… It is his point of view, literally and figuratively, that makes us discover the places and creates a link between the films. Aglaia Konrad chose to bring together these three sites – modern architecture in raw concrete and a natural site for the extraction of a noble and traditional sculpture material – in the same series and to consider them as sculptures in their own right. 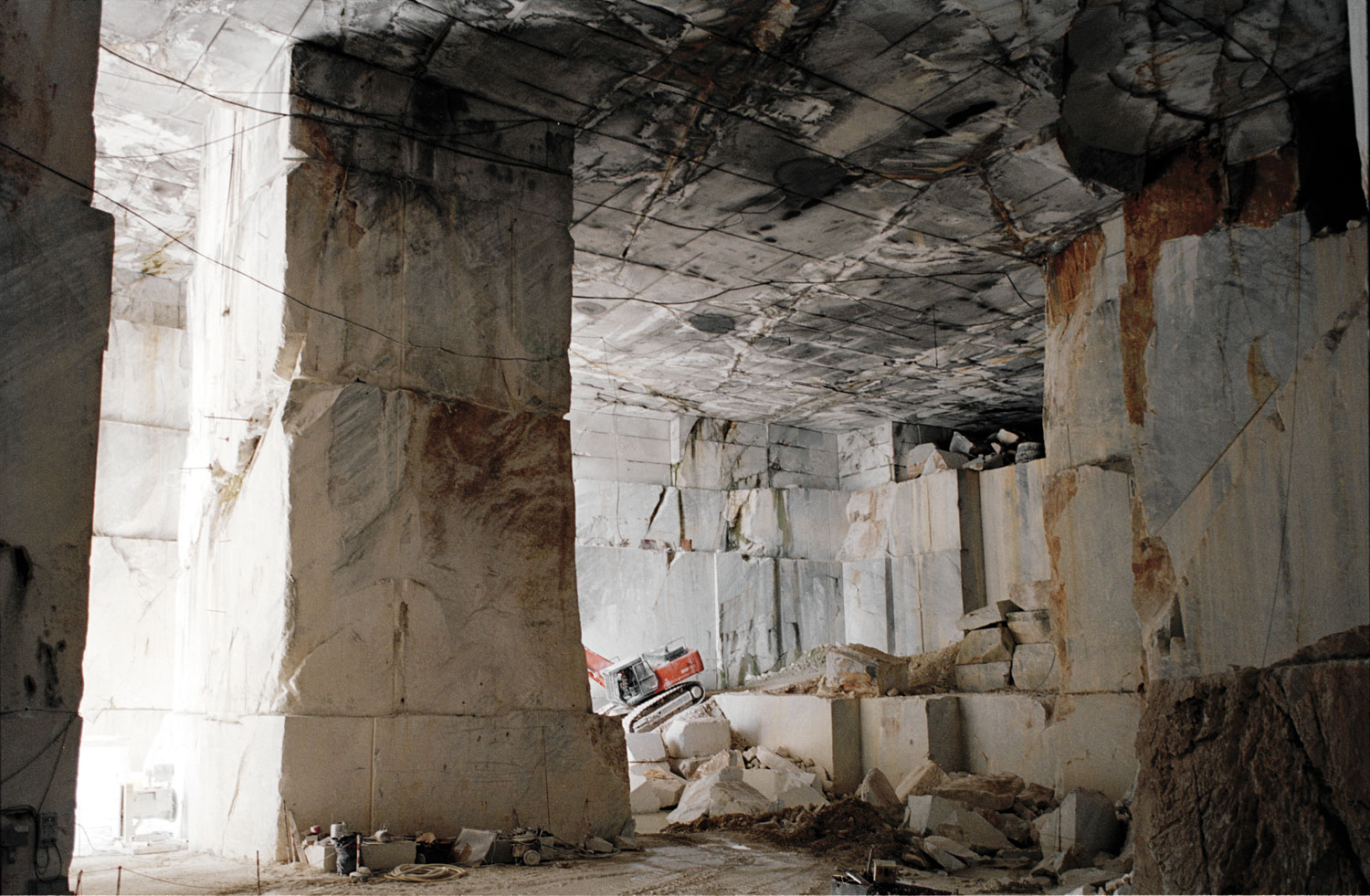